VCA Associates work to care for K9 officers throughout the state of Massachusetts by providing exceptional care and helping to remove barriers to emergency treatment.
1 of 1 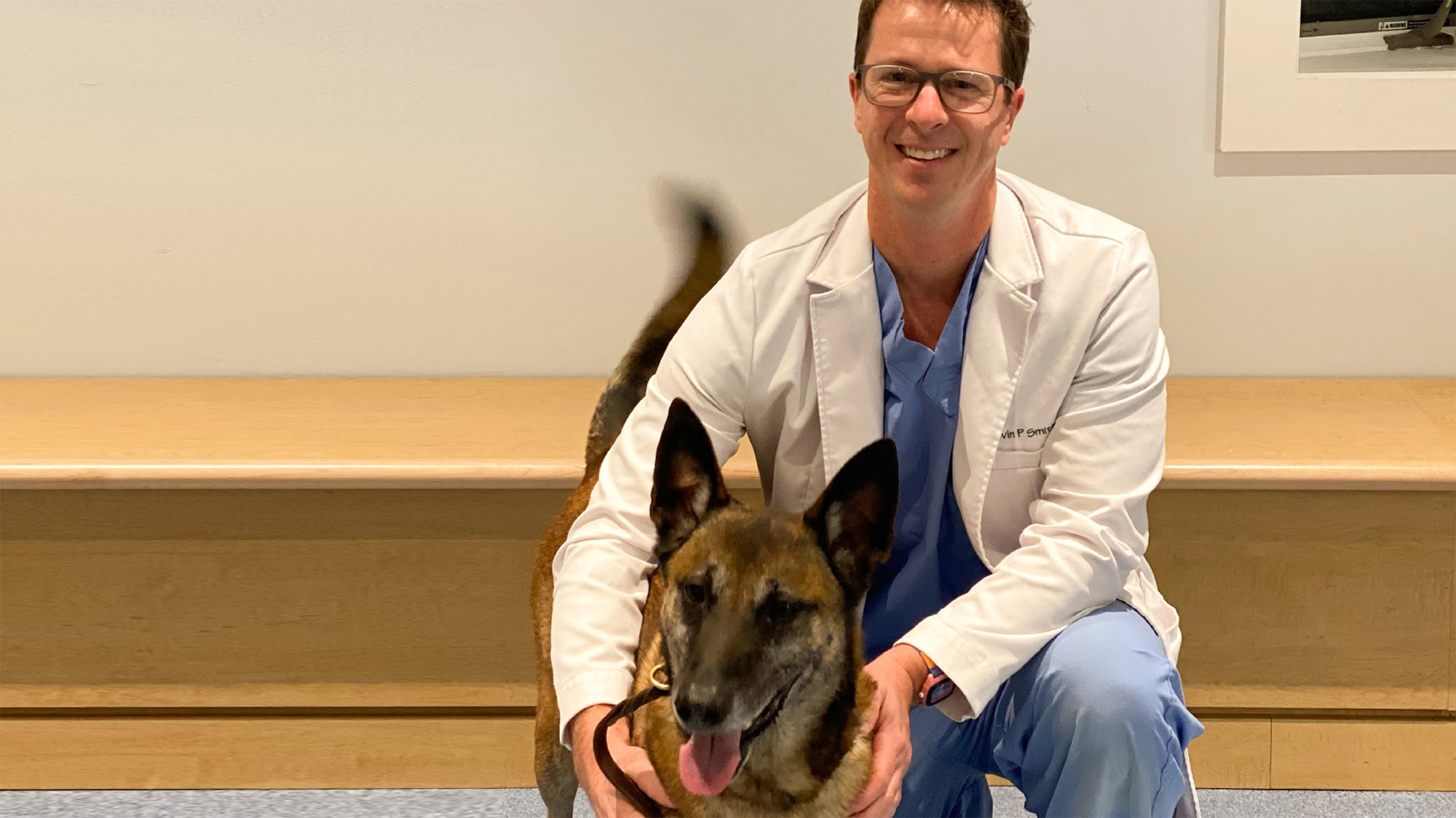 There’s a very special type of hero that not only patrols our streets and excels at apprehending criminals, but also has the special ability to locate bombs and well-hidden drugs – by scent. Police K9s are both highly skilled members of law enforcement teams and cherished family members to their handlers, so it’s imperative that they receive the very best care.

VCA is proud to have relationships with over 90 K9 units across the country, providing both routine and life-saving emergency care to the working dogs who help keep us safe. Thanks to a contract recently awarded to VCA by the Massachusetts State Police, VCA will be even more involved in the care of these furry crime fighters across the state.

Additionally, Associates from VCA, as well as Mars Veterinary Health, are involved in an effort to pass legislation known as Nero’s Law, which would remove barriers to the emergency treatment and transportation of K9 officers by medics and other medical providers. If passed, the law would help to save K9s – and in turn, human – lives.

Thousands of dogs are working in law enforcement across our country on any given day. These dogs are trained to be part of police and corrections teams and are considered full-fledged officers.

“These dogs, they would give their life for you,” says Sergeant Mark O’Reilly, master K9 trainer for Massachusetts Department of Corrections. “And unfortunately, it's happened in the past. I'm not saying a human partner wouldn't do that, but these dogs just don't even think about it. They go into things that a lot of people would think twice about doing.”

While working K9s have been cared for at VCA hospitals across the state of Massachusetts for some time, a contract recently awarded to VCA by the Massachusetts State Police made it official – handlers will have the convenience of accessing high quality care at any of the VCA hospitals across the state at a discounted rate. Massachusetts K9 handlers will also have the peace of mind of knowing that the cutting edge technology and highly trained experts at VCA South Shore (Weymouth) Animal Hospital are there for them to provide specialty and emergency care when needed.

“To the police and corrections officers who work with these K9s, they’re not just partners – they’re family,” says Rachel Johnson, the VCA local marketing manager who is helping to coordinate the program. “This contract gives VCA the privilege of providing general practice care, including checkups and vaccines, to help keep the K9 officers performing at their best, as well as potentially life-saving emergency care when needed.”

According to Sergeant O’Reilly, the Massachusetts K9 units appreciate the respect and compassionate care VCA Associates show toward the dogs – as well as their human officers. He fondly remembers the kindness Associates showed him and his fellow officers when Braintree K9 Officer Kitt was fatally injured.

“We had officers here 24 hours a day,” he recalls. “They would always come out and check on us to ask if they needed anything, like food. They didn't have to do it, but they did it. It didn't go unnoticed.”

K9 Handler and Patrol Officer Michael Kramer has been extremely pleased with the care Associates at VCA Hyannis Animal Hospital in West Yarmouth, MA, have given his K9 partners.

“They have an exceptional level of care,” he says. “With these dogs a potential issue has to be treated immediately. They are very good about that – they’re exceedingly accommodating.”

For the Associates whose job it is to care for the K9s, the work is a true honor.

“It's one of my favorite things to do whenever they're on the schedule, I'm just so excited for them to come in,” says Molly Ahrensfeld, CVT, a certified veterinary technician at VCA Hyannis. “It's so rewarding in so many ways and they are such intelligent, strong, just amazing animals.”

When K9 Nero was shot in the line of duty in April 2018, he was in desperate need of emergency care. Although paramedics on the scene wanted to help him, they were legally unable to provide medical assistance or transport Nero by ambulance for care. Instead, he was brought by police cruiser to the nearest veterinary hospital where he thankfully received the life-saving care he needed.

“The three main causes of injuries to police dogs are overheating, gunshot wounds and being hit by a car,” explains Dr. Smith. “All are super amenable to early intervention you could do in an ambulance.”

“That first hour is a critical time for these injured K9s to receive care in order for them to heal properly and to actually survive,” adds Molly. “And the reality is their jobs are so dangerous that they're going to get injured critically.”

The goal is to change the law to allow for the emergency transport of K9s, give permission to medics to treat them, provide protection for the medical provider so they will not lose their license for helping, and create a plan for training medics on emergency veterinary care.

“Medics already know the principles and they know their jobs - get the injured to the hospital alive,” says Dr. Smith. “It doesn't take much training to convert that experience to the injured canine. And that is what this is all about.”

On October 13, 2021, the Massachusetts Joint Public Safety and Homeland Security Committee (JPSHSC) voted favorably to release the bills, allowing them to advance to the state Senate for further consideration. Dr. Smith and his fellow task team members are hopeful that the bills will be signed into law this year, making Nero’s Law a reality.

“It’s about giving these dogs the best chance to live,” he says. “We will save police K9s, and by doing that, we will save human lives.”

““They would always come out and check on us to ask if they needed anything, like food. They didn't have to do it, but they did it. It didn't go unnoticed," recalls Sergeant O’Reilly.” 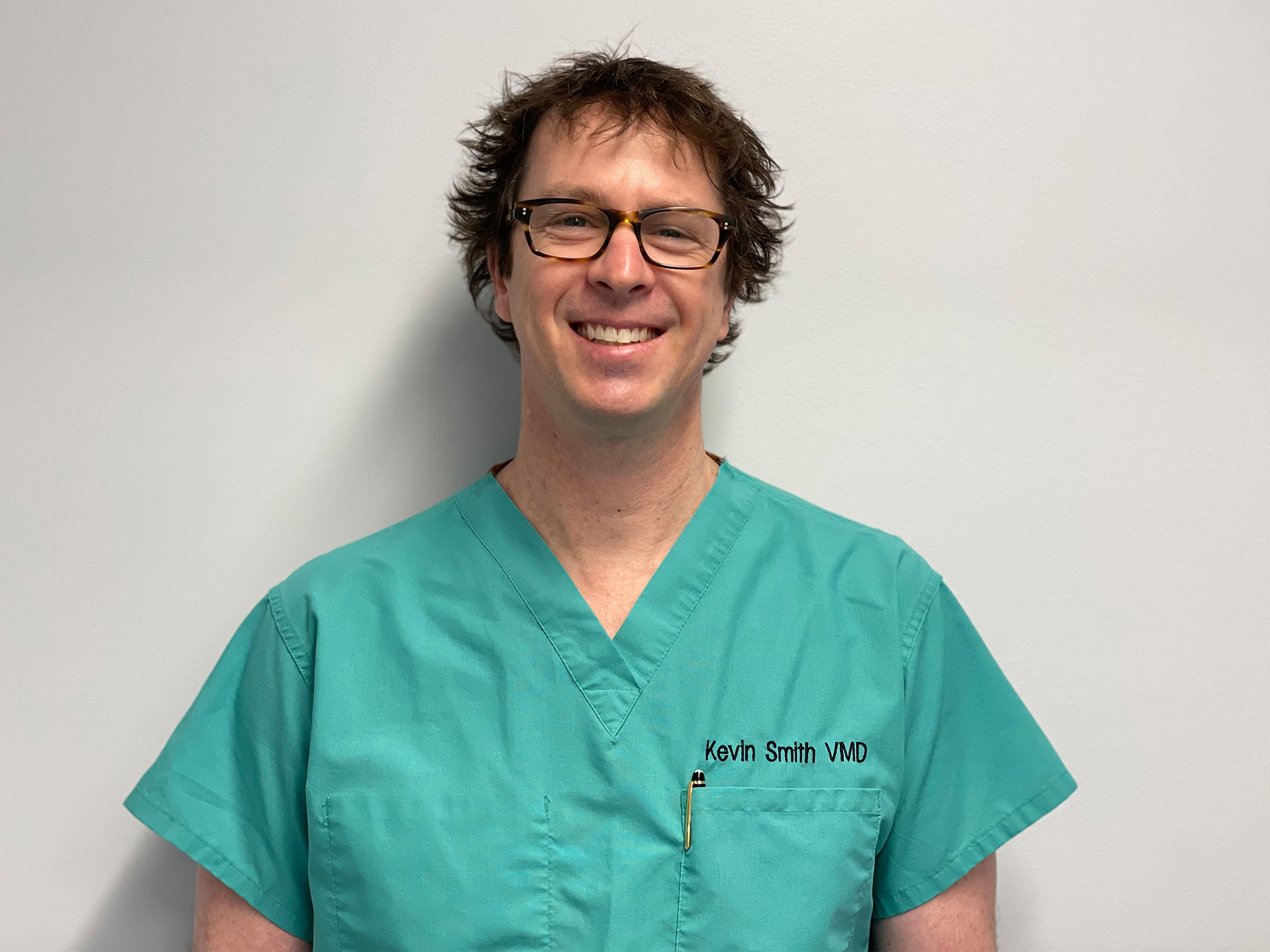 Employer Brand
Honoring a Friend: The Making of Nero’s Law 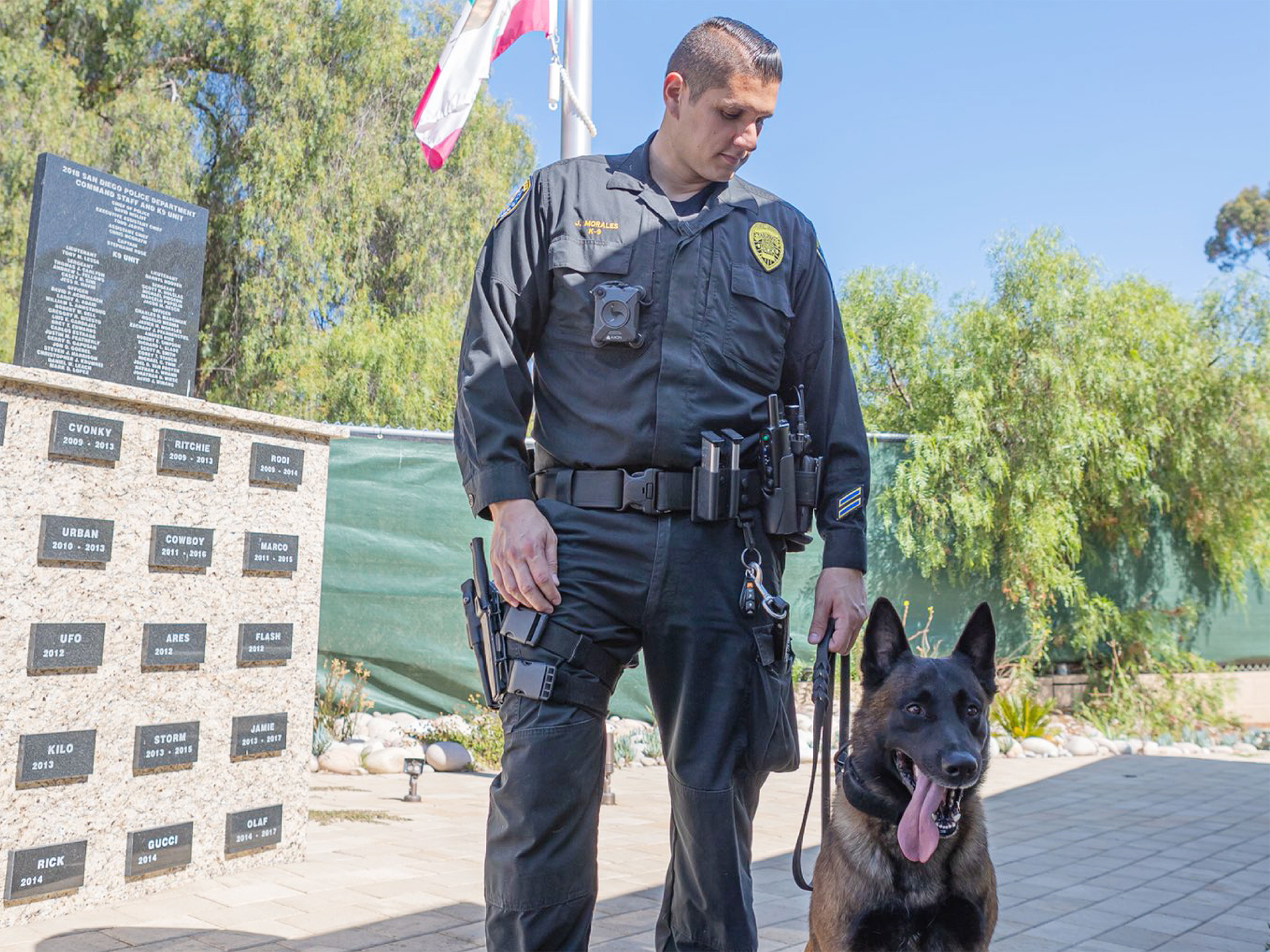 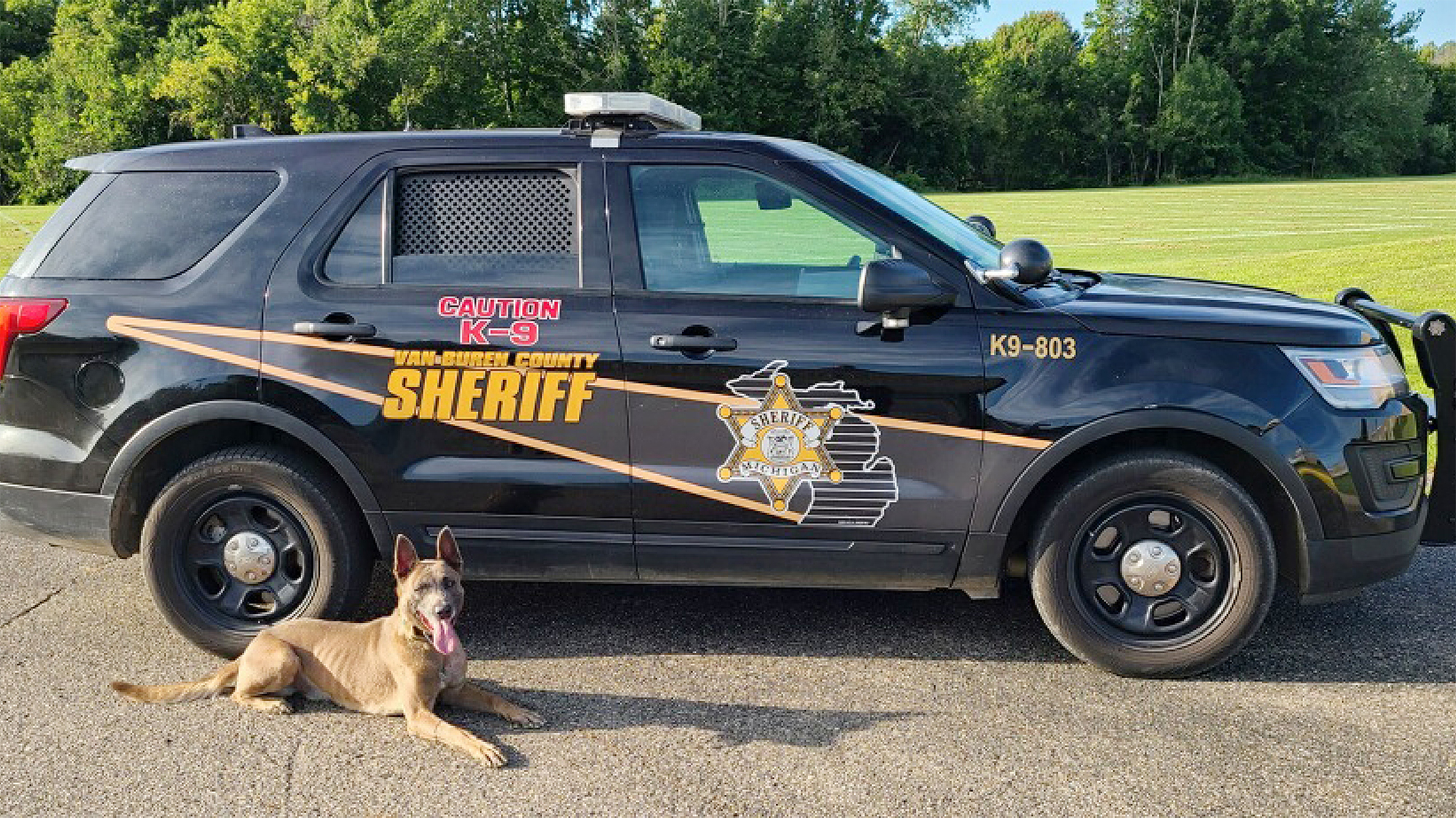