Is acetaminophen toxic to cats? 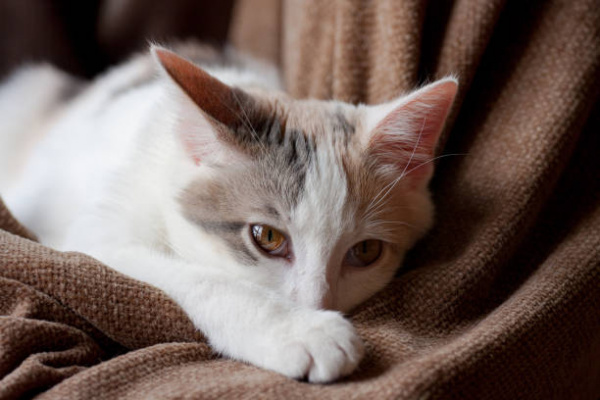 Acetaminophen, a common human drug used to control pain and fever, is toxic in cats. Unfortunately, this is relatively common toxicity, due to owners trying to treat their cat’s pain at home. Less commonly, cats may get into the owner’s medication.

Since cats are not able to efficiently metabolize acetaminophen, they are more vulnerable to toxicity. Cats develop toxicity at much lower doses than in dogs.

What are the signs of acetaminophen toxicity in cats?

Signs of toxicity from acetaminophen may develop within 1–4 hours of ingestion. Acetaminophen can cause a decrease in the red blood cell’s ability to carry oxygen (methemoglobinemia). Liver damage may also occur. Red blood cell changes can occur within 4-12 hours. Cats may become depressed or weak, with rapid breathing, a high heart rate, panting, abdominal pain, vomiting or drooling. Affected dogs may also stop eating. Their mucous membranes, such as the gums or tissue around the globe of the eye, may develop a bluish color called cyanosis. These areas may also develop a chocolate brown color from the methemoglobin (which cannot carry oxygen to tissues). Some cats develop swelling in the face, paws, and forelimbs several hours after ingesting acetaminophen.

Liver damage may be delayed for up to one week. Other symptoms include dark urine, yellow discoloration of the eyes or skin, an enlarged abdomen, increased drinking and urination or discolored feces. If these symptoms are not recognized and treated, death may occur.

What is the treatment for a cat who is experiencing acetaminophen toxicity?

The most important treatment for acetaminophen toxicity is to avoid it!

Early decontamination and treatment decrease the risk for serious toxicity. If acetaminophen ingestion occurred within a few hours of treatment, a veterinarian may induce vomiting. Inducing vomiting should never be attempted at home as it may cause severe irritation of the stomach. Once vomiting is controlled, activated charcoal may be administered. This can decrease absorption of acetaminophen by the gastrointestinal tract. Activated charcoal should only be administered by a veterinarian. Otherwise, aspiration into the lungs and life-threatening changes in sodium levels may occur.

Depending upon the dose ingested, hospitalization may be needed. Fluids may be given under the skin or intravenously. An antidote is available for acetaminophen toxicity called N-acetylcysteine. Other medications, such as liver protectants and Vitamin C, may also be given.

If liver damage occurs or methemoglobin levels in the blood rise rapidly, more intensive therapy is needed. These changes increase the risk for long term effects or even death. Patients that develop a low red blood cell count (anemia) or a decreased ability of the red blood cells to carry oxygen (methemoglobinemia) may require oxygen supplementation or a blood transfusion.

Cats with liver damage can develop an increased chance of bleeding. These cats may need Vitamin K or plasma transfusions. They may also need dextrose in their fluids to keep blood glucose levels stable.

Once a cat is treated for acetaminophen toxicity, is there any follow-up that must be done?

Most cats will need to continue medications for several weeks to protect the liver while they are at home. Liver enzymes are typically monitored to assess for liver damage after the cat is sent home. Depending on the cat’s condition, medications and monitoring may be continued for several days to weeks. Liver damage and the resulting scarring may affect long-term liver function in cats who have recovered from acetaminophen toxicity.