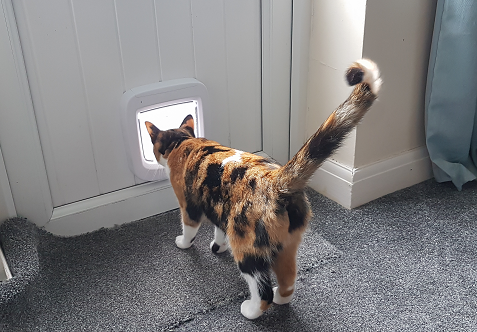 What is ovarian remnant syndrome?

Ovarian remnant syndrome is a condition that occurs when ovarian tissue remains inside the body after a female cat is spayed. This tissue can produce estrogen, triggering signs of heat in the cat.

In an intact female cat, the ovaries produce hormones, including estrogen. It is this estrogen that triggers your cat to go into heat. When your cat is spayed, the entire reproductive tract (including both ovaries and the uterus) is surgically removed. Therefore, your spayed cat no longer has ovaries, produces estrogen, or goes into heat.

"Ovarian remnants may be left behind during surgery or may be caused by the presence of accessory ovarian tissue..."

If a previously spayed cat shows signs of going into heat, this may indicate that functioning ovarian tissue is still present and producing estrogen. Ovarian remnants may be left behind during surgery or may be caused by the presence of accessory ovarian tissue (a small piece of tissue that fragmented off the ovary and established enough of a blood supply to begin producing hormones).

What are the clinical signs of ovarian remnant syndrome?

The most obvious clinical sign of ovarian remnant syndrome is when a previously spayed cat goes into heat. This can happen at any time after spay surgery, with a delay of months to years.

In cats, the signs of heat are primarily behavioral. Signs of heat in cats include increased vocalization (to attract males), restlessness, increased efforts to get outside or escape the home, and increased affection with owners. These cats will often stand with their hind end in the air, treading their rear feet when petted over their lower back. Cats with functioning ovarian tissue typically go into heat seasonally, going through multiple cycles in the spring and summer.

"Cats with functioning ovarian tissue typically go into heat seasonally, going through multiple cycles in the spring and summer."

How is ovarian remnant syndrome diagnosed?

Your veterinarian will diagnose the presence of ovarian remnant syndrome using one or more of the following diagnostic tests:

1. Vaginal cytology. This preliminary screening test involves taking a swab from your cat’s vagina while she is showing signs of heat. Your veterinarian will assess the sample under a microscope for the presence of cornified cells. If these cornified cells are found, it indicates that your cat is under the influence of estrogen.

3. Ultrasound. Ultrasound may be used to visualize ovarian tissue in your cat when performed while she is in heat. The accuracy of this test, however, is influenced by the size of the ovarian remnant, the stage of your cat’s heat cycle, and the skill of the ultrasound specialist. This test is not frequently used.

4. Hormone stimulation test. This test is widely regarded as the most accurate test for diagnosing ovarian remnant syndrome. A synthetic hormone (hCG or GnRH) is administered while your cat is showing signs of heat. A blood sample is then taken either two hours later to evaluate your cat’s level of estradiol or seven to fourteen days later to evaluate progesterone levels. A blood test that reveals an increase in either estradiol or progesterone indicates the presence of functioning ovarian tissue.

How is ovarian remnant syndrome treated?

What happens if ovarian remnant syndrome is not treated?

Cats with an untreated ovarian remnant are subject to the same risks as cats that are not spayed. The continued presence of estrogen predisposes cats to mammary gland tumors (breast cancer), ovarian tumors, and pyometra (infection of the uterus). Pyometra is a serious and life-threatening condition that requires urgent veterinary care. (See handout “Pyometra in Cats” for more information.)

How is pyometra possible if the uterus was removed as part of the spay surgery?

When a cat is spayed, a small part of the uterus, called the uterine stump, is left above the cervix. The uterine stump can be susceptible to infection from the hormonal effects of the ovarian remnant.