With the help of VCA Arboretum View Animal Hospital and Players for Pits, rescue dog Fielder was given a second chance at life following an unfortunate tragedy. 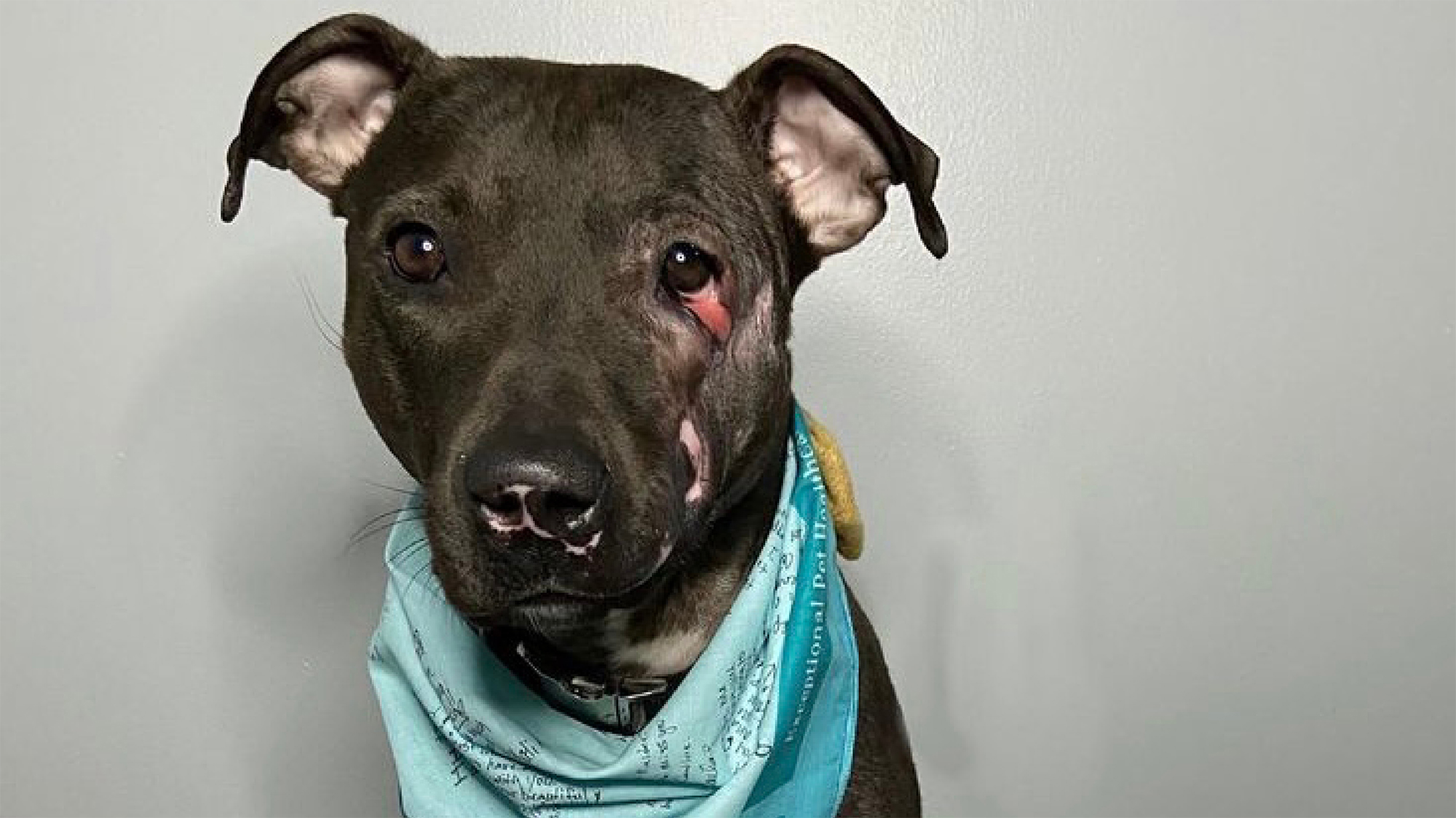 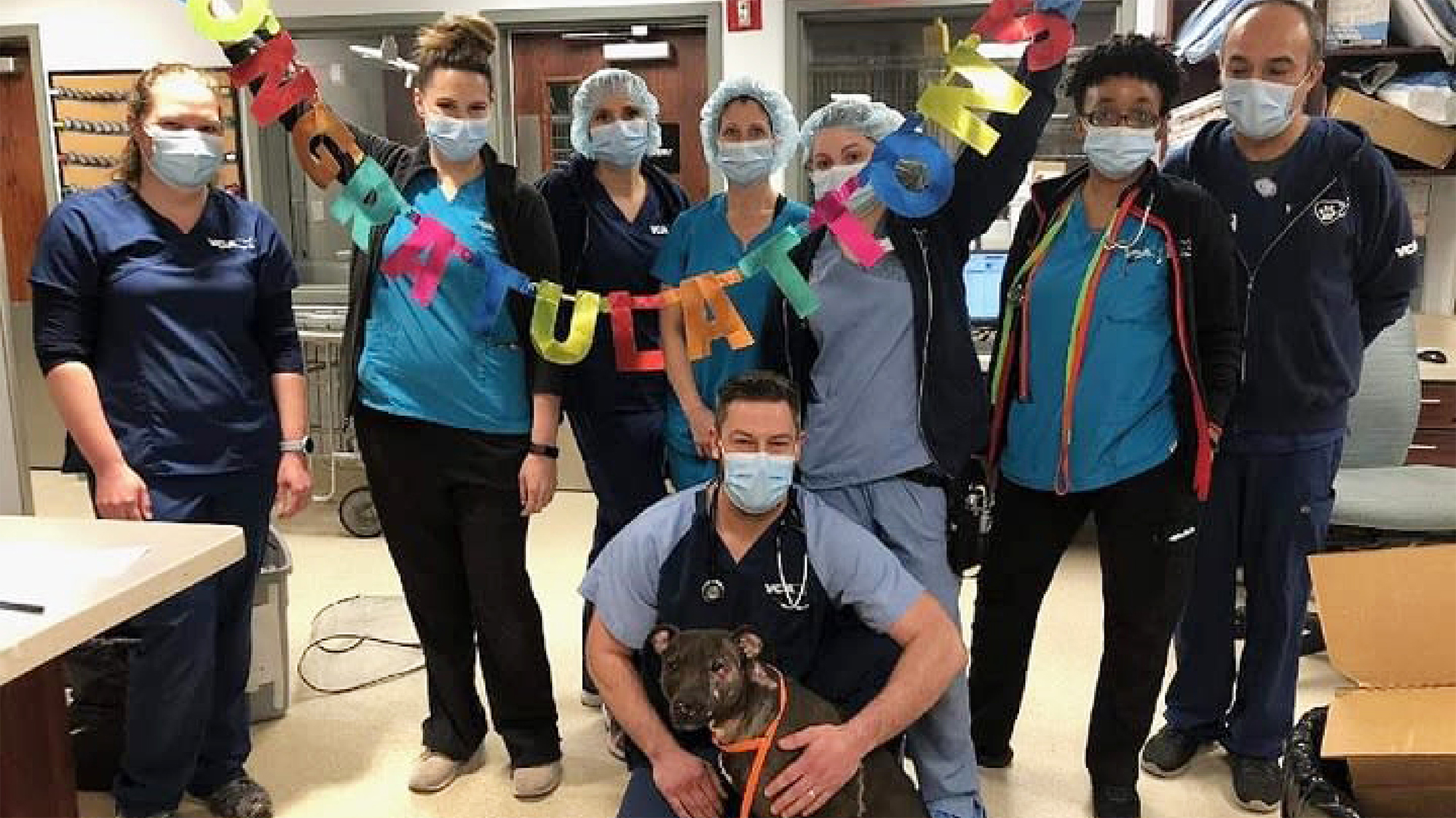 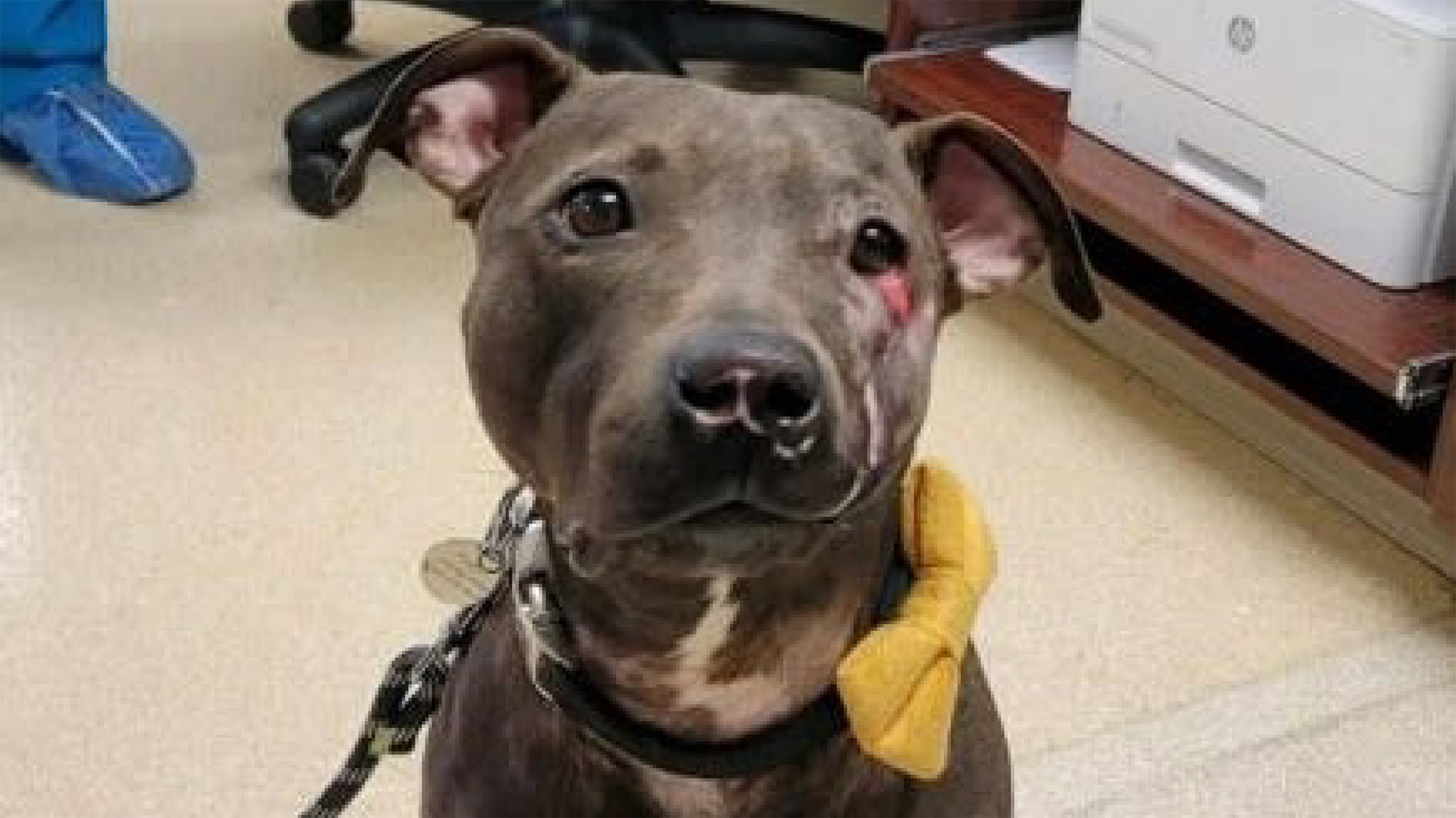 “As long as a dog shows they are continuing to fight, then we will continue to fight right alongside them. And if there is hope, there is a way.”

That’s the motto of Players for Pits, a not-for-profit, no-kill dog rescue organization in Illinois, and a large reason why rescue dog Fielder is alive today.

On December 15th, 2020, Fielder, a pit bull mix estimated to be about two years old, was brought into animal control with extensive injuries thought to be caused by being hit and dragged by a car. The center reached out to Stephanie Paluch, founder of Players for Pits, to see if they would take him; otherwise, he would need to be euthanized.

“I got a couple of pictures of the dog and I was like, geez, I've never seen anything like this before,” says Paluch. But when animal control told Paluch he was friendly, she said, “Yeah, let’s give it a try.”

Fielder had extremely bad surface wounds, particularly on the left side of his face where bone was exposed, plus he was suffering from burns down his back and a ligature mark around his neck – meaning he may have been intentionally harmed.

Paluch drove him that night to the VCA Arboretum View Animal Hospital in Downers Grove, Il. “We've worked with them [VCA Arboretum View] probably since the start of our rescue,” says Paluch. “I love them. I know almost all of them on a first-name basis and we bring like every single medical case we have there, which is a lot.”

A long road to recovery

“We never were able to figure out the exact underlying cause for the wounds,” says Dr. John Przywara, who was the surgeon in charge of Fielder. “Basically, it was a marathon of procedures, bandage changes, surgical debridement, and then a wound closure.”

But it wasn’t all smooth sailing. Fielder’s second night at the hospital, huge chunks of his skin were dying, and they didn’t know if he would pull through.

You couldn’t tell this by Fielder’s demeanor, though. “He's the embodiment of resilient,” says Paluch. “He never gave up. He was on his last leg there, missing up to like 70 percent of his skin and he's wagging his tail as hard as he could to greet everybody.”

Despite that initial setback, Fielder continued to improve under 24-hour care at the hospital. “He lived there for a month straight and he was getting happier and better every single day. It was just truly amazing,” says Paluch. 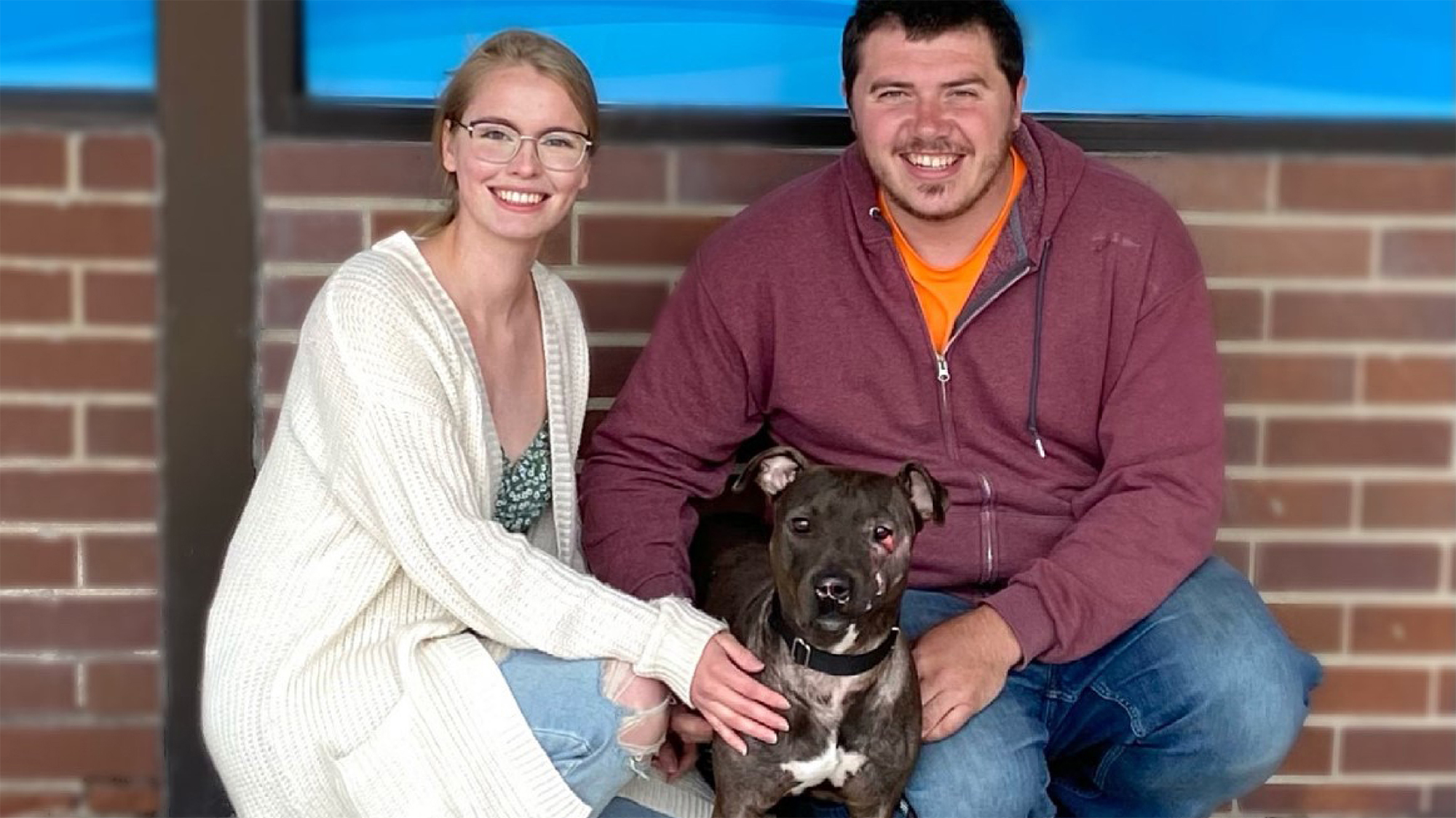 Falling in love with Fielder

After that month, he was able to go home with his foster parents, Hannah Fletcher and Phil Gillispie, who have previously fostered 13 dogs.

“At the time that Fielder was found, we were actually taking a break from fostering, because we just purchased a new house that needed to be all fixed up,” says Fletcher. “But all the fosters have a little group chat and our team leader, Dina, posted his picture and said, ‘Hey, we need all hands on deck. Who can take him?’ And we looked at each other and knew that our break needed to end.”

Fletcher would drop him off at VCA Arboretum View every morning for care, and then pick him up in the evening. That slowly became every other day, to every two days, to twice a week, to once a week, until he was officially medically cleared to go home on May 7, 2021.

Throughout those five months, the staff fell in love with Fielder. “I think that the thing that makes Fielder special is his resilience, and his demeanor and personality throughout everything,” says Dr. Przywara. “Every time he came into the hospital, he was happy and excited to see everybody. Obviously with COVID going on and everything, it kind of was a huge morale boost for myself and the staff too.”

The hospital staff weren’t the only ones to fall in love with Fielder. During that process, Fletcher and Gillispie decided to adopt Fielder. "I tried to fight it for so long,” says Fletcher. “We already had three dogs, two of them were foster fails (a term used to describe when a foster pet parent permanently adopts). Then in March, I told my fiancé, ‘All right, can't fight it anymore, he's got to be ours.”

A community of support

None of this would have been possible without Players for Pits and their donors. “The only reason why Fielder is here, honestly, is because we are a charity and we have the support of thousands of people who back our medical cases,” says Paluch. “A single person could not have taken this on.”

Paluch had posted a fundraiser on Facebook asking for donations the night they got Fielder, raising over $7,000. But as medical expenses were expected to reach roughly $30,000, they would need much more. Fortunately, an anonymous donor said they would match $10,000 if Players for Pits could raise another $10,000.

They were able to raise $12,000 within 10 hours of posting the fundraiser on Facebook.

“We had a lot of content, so we could share and be completely transparent with our followers, which is always important to us,” says Paluch. “We were able to share his journey from day one and people gravitated towards him because he was a fighter. He wanted to live.”

Fielder’s story inspired people beyond the online community. At Fielder’s last recheck appointment, the hospital had a party for him. One of the staff members ordered a puppy cake for him, and when the bakery heard Fielder’s story, they donated the cake.

While it was bittersweet for the hospital staff to say goodbye to Fielder, he won’t soon be forgotten. “Obviously each case is special to us in their own way,” says Dr. Przywara, “But I feel like every doctor knows there are certain patients that you always kind of remember throughout your career. Fielder’s going to be one of those for me.”

Today, Fielder is enjoying his new home, where he gets to play and cuddle with his parents and siblings. “Besides being the resilient, amazing dog that he is, he's also the world's best cuddler,” says Fletcher. “He will just sprawl out on your lap and take a nap for as long as you'll let him. He is the happiest puppy that I've ever met.”

““Obviously each case is special to us in their own way,” says Dr. Przywara, “But I feel like every doctor knows there are certain patients that you always kind of remember throughout your career. Fielder’s going to be one of those for me.”” 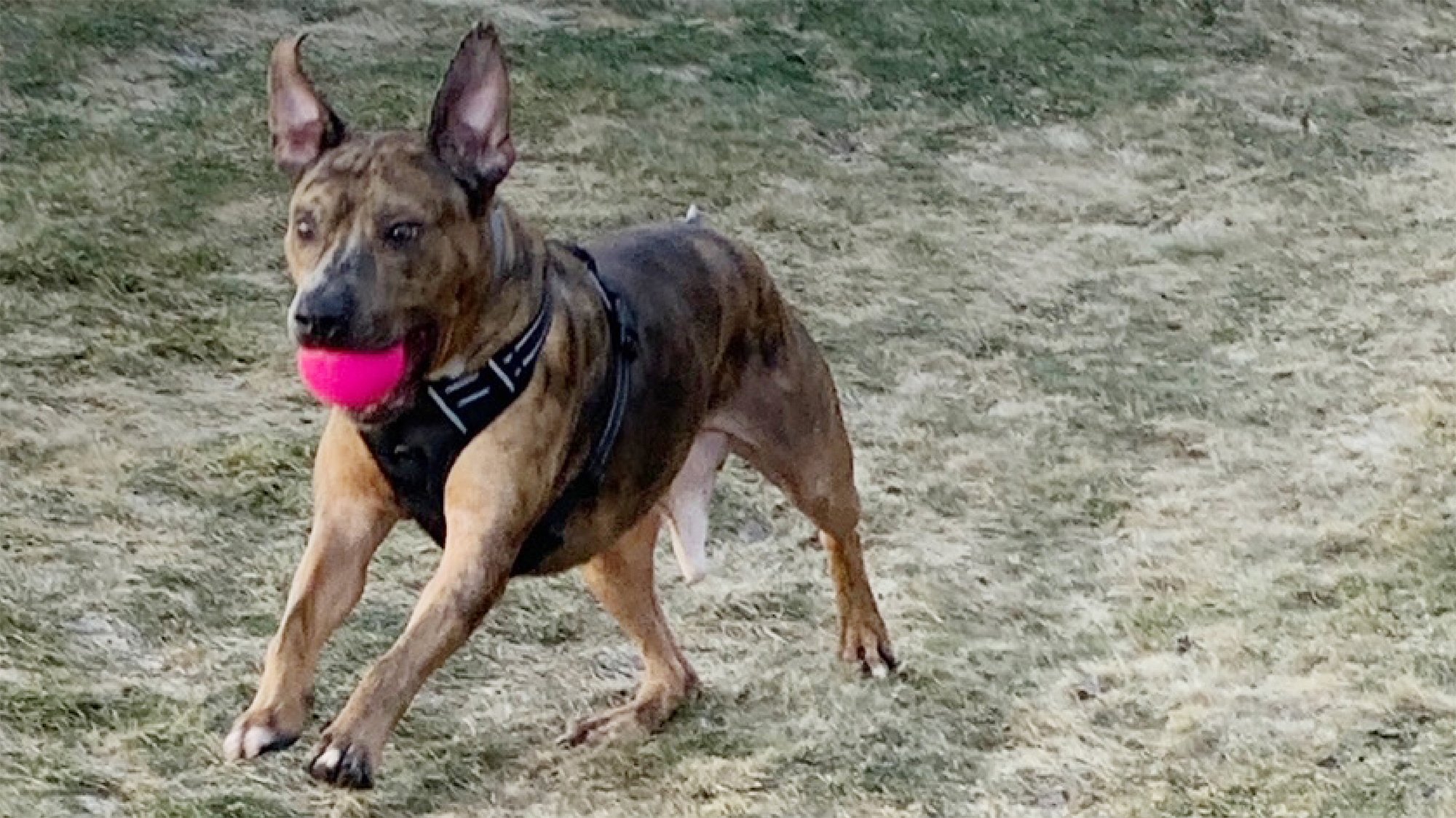 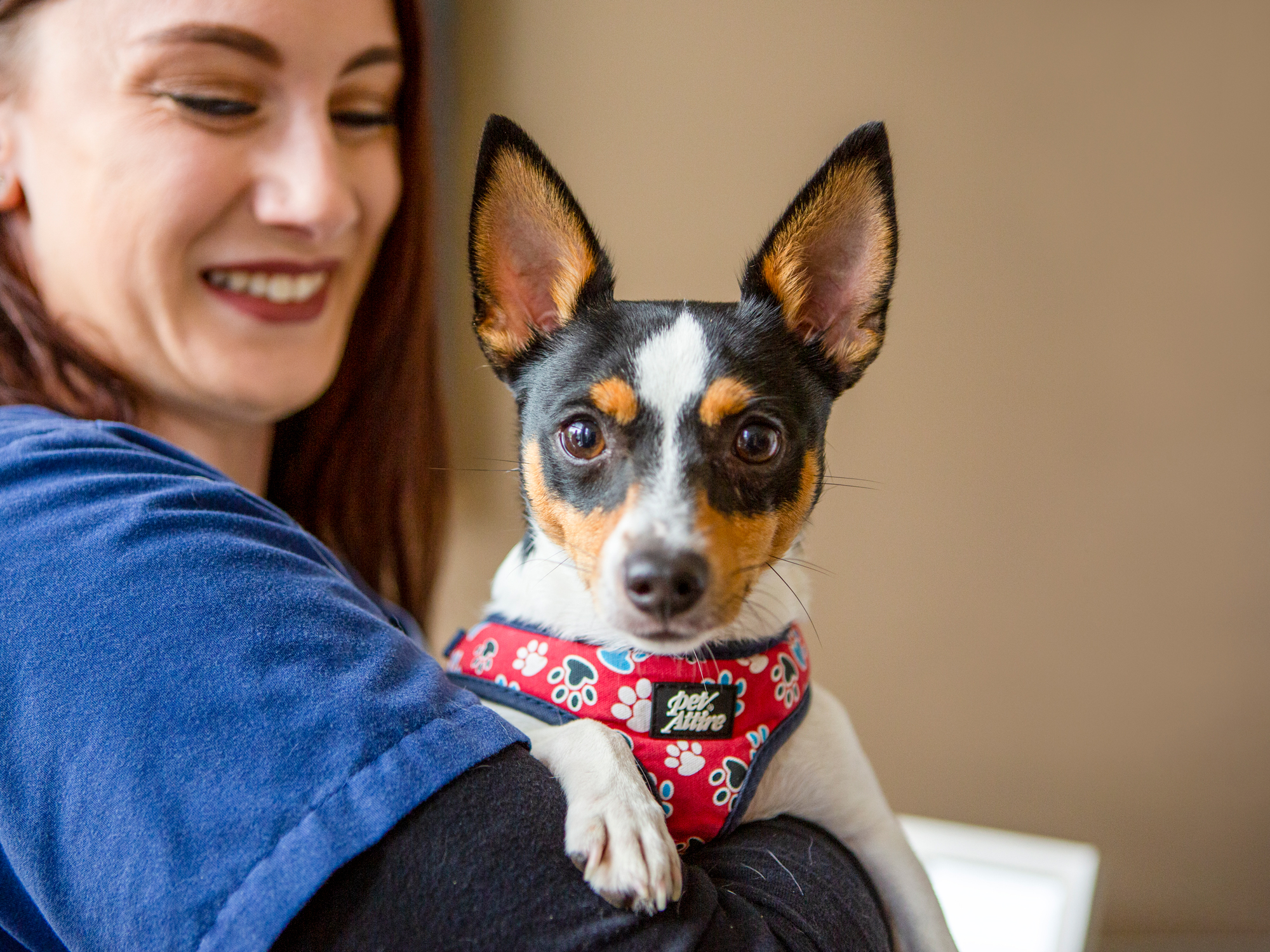 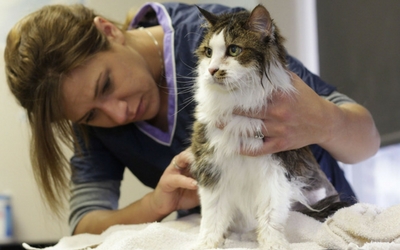