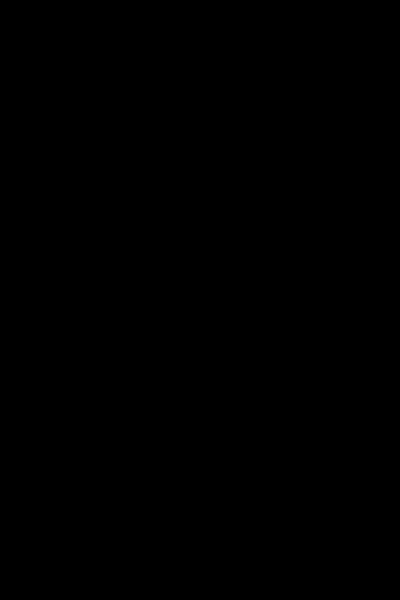 Cytauxzoonosis is a tick-borne parasitic disease caused by the protozoan organism Cytauxzoon felis. C. felis infects the blood cells of cats. It was first reported in the USA in 1976 and is now an important emerging disease in domestic cats.

How do cats become infected with this parasite?

The natural host of this parasite is the bobcat, but the parasite can infect all other members of the cat family, both wild and domestic. While most bobcats show no obvious signs of illness, infected bobcats become persistent carriers of the disease.

Is my cat at risk of becoming infected?

Currently, this infection is found in areas in the central, south-central, south-eastern, and mid-Atlantic regions of the United States, but the range of the ticks capable of spreading this disease has been expanding due to climate change and resulting local weather changes. Outdoor cats or cats that live in homes with other pets that go outdoors are at a greater risk of becoming infected. Habitats that are densely wooded or are naturalized are more likely to support populations of bobcats and ticks. Most infections occur in the months between spring and fall when ticks are most active.

What are the clinical signs of cytauxzoonosis?

Clinical signs usually develop about 10 days after a tick bite. The initial signs of this disease are vague and non-specific, making diagnosis difficult. They include lack of energy, lack of appetite, difficulty breathing, and pale gums. On physical examination, many infected cats will be dehydrated, anemic (low red blood cell count), or jaundiced (yellow gums or yellow whites of the eyes) and may have a fever, increased heart rate, and increased respiratory rate. Additionally, the lymph nodes, spleen, and liver may be enlarged. Cats may appear to be in pain and not want to be touched.

As the parasites multiply within the blood, they are carried throughout the body and are capable of infecting many organs. The disease progresses rapidly if left untreated with death possible in two to three days after the spike in fever. In the later stages of infection, a cat may become hypothermic (low body temperature), may develop seizures, or may lapse into a coma.

How is cytauxzoonosis diagnosed?

Finding a tick on your cat may help with the diagnosis but, in many cases, a cat will have groomed the tick away before showing signs of illness. 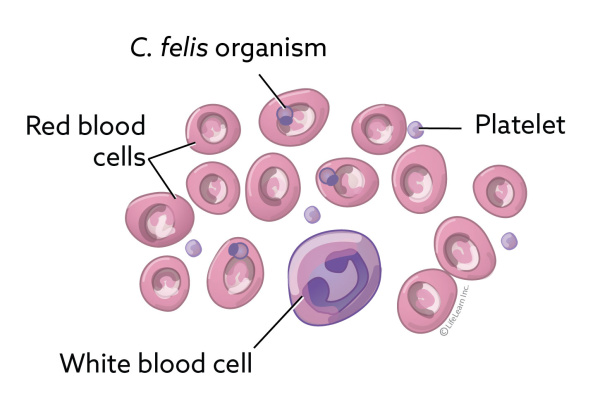 If the spleen or liver feels enlarged, your veterinarian may recommend a fine needle aspiration biopsy to obtain samples of cells and tissues for laboratory analysis [see handout “Fine Needle Aspiration (FNA)”]. Identification of C. felis organisms will confirm the diagnosis.

A diagnostic PCR test that can detect the DNA of the parasite is also available.

How is cytauxzoonosis treated?

In most cases, hospitalization for supportive treatments such as intravenous fluids, blood transfusions, and drug injections is necessary and, in some cases, your cat may require placement of a feeding tube for nutritional support. Recovery may take up to a week of hospitalization. Specific drug protocols include anti-protozoal drugs such as imidocarb (Imizol®, not available in Canada) or a combination of atovaquone (Mepron®) and azithromycin (Zithromax®, an antibiotic).

When the disease was first identified in cats, it was inevitably fatal. However, as awareness of this disease has increased, veterinarians are diagnosing it earlier and somewhat effective drug treatments have been identified. It is also possible that there are different strains of C. felis that vary in their severity, with some strains causing less severe disease. The current survival rate is about 60% with early diagnosis and treatment. Various other drug protocols have been experimented with but have not been proven to be any more reliable.

"Cats that recover from this disease should be kept indoors so that they will not act as a source of infection to other cats."

Cats that survive will usually have a full clinical recovery within a few weeks but may remain persistently infected and act as a reservoir for infection. Cats that recover from this disease should be kept indoors so that they will not act as a source of infection to other cats.

Is there any way to prevent my cat from getting infected?

Prescription tick preventives available through your veterinarian, such as Frontline® and Bravecto®, are very effective at repelling or killing ticks, but no treatment is completely effective. The best method of prevention is avoidance by keeping your cat indoors and away from areas likely to be infested with ticks.

Can people get cytauxzoonosis?

C. felis infection is limited to members of the cat family and poses no risk to humans, dogs, or other species of animals.