What is vestibular disease in cats?

Vestibular disease is a condition in which a cat suddenly develops incoordination, falling or circling to one side, involuntary darting of the eyes back and forth (called nystagmus), a head tilt, and often nausea or vomiting. These clinical signs usually appear suddenly, often in less than an hour. 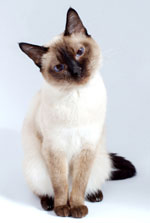 Vestibular disease is a disease that can affect cats of all ages.

We do not fully understand why feline vestibular disease occurs in many cases. Conditions such as middle- and inner-ear infections are common causes of the disease. Tumors are a less common cause but must be considered, especially in older cats. Exposure to certain toxins or drugs can also cause symptoms that mimic feline vestibular disease. The vast majority of cases are diagnosed as idiopathic, meaning the exact cause isn’t known.

Siamese and Burmese breeds have been associated with an inherited or congenital form of the disease. Many affected cats are also deaf.

"The cause of feline vestibular disease is not fully understood."

How is feline vestibular disease diagnosed?

There are no specific tests for feline vestibular disease. Most cases are diagnosed based on clinical signs. Tests such as magnetic resonance imaging (MRI), skull X-rays, blood and urine tests, spinal fluid analysis, and ear cultures and cytology (examination of any discharge or fluids found in the ear canal) are typically performed to rule out a more serious cause. Your veterinarian will determine which tests are appropriate for your cat based on medical history, clinical signs, and physical examination findings. 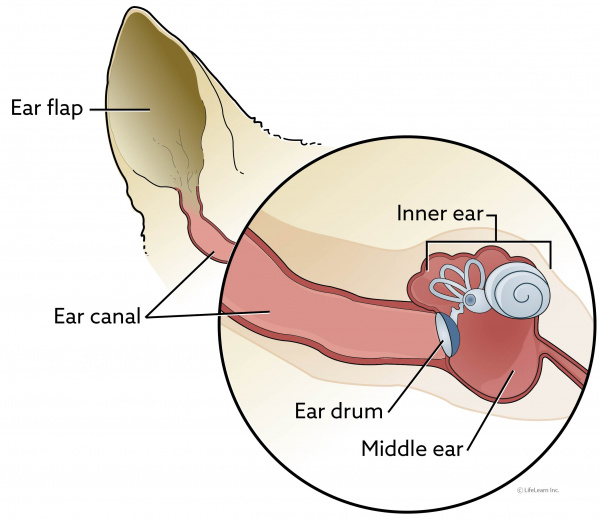 Because the exact cause is often unknown, there is no specific medical or surgical treatment. In cases of middle- or inner- ear infection, appropriate antibiotics or anti-fungal medications will be used. In idiopathic vestibular disease, treatments aimed at reducing motion sickness, nausea, and vomiting are used. Many cats will require assistance eating and drinking during the initial stages of the condition when their balance is most affected.

How long will it last?

Idiopathic vestibular disease is a short-term, self-resolving condition. Signs are usually their worst during the first 24-48 hours, then steadily improve. It does not continue for months. (Older affected dogs can have a residual, often permanent, head tilt, but this rarely occurs in cats.) Usually, the uncontrollable eye movement disappears within days.

Is it contagious to my other cats?

There is no evidence that idiopathic feline vestibular disease can be transmitted between cats or other animals, including humans.