Leptospirosis in Dogs - The Disease and How to Test for It 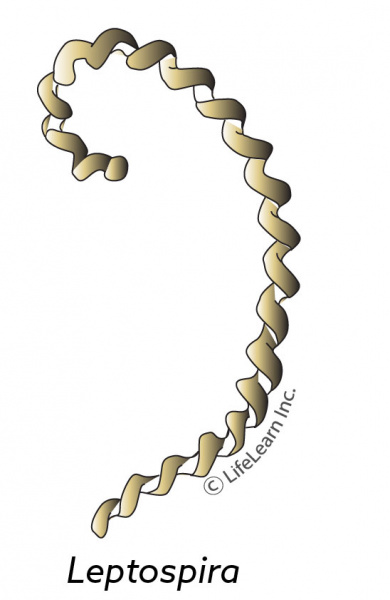 Leptospirosis is an infectious disease caused by a type of bacteria called Leptospira. The disease causes serious damage to the kidney and liver, and may be fatal in severe cases. Bacteria are passed in the urine of infected animals and can survive in the environment for long periods of time in warm, stagnant water or moist soil. Wild animals, including skunks, raccoons, opossums, rats, wolves, and deer, can spread infection to dogs.

How are dogs infected?

What happens once a dog is infected?

After infection, bacteria multiply in the bloodstream and then move into the tissues. They concentrate in the liver and kidney, causing extensive damage to these organs.

About eight to ten days after infection, the dog's immune system produces an antibody response that quickly clears most of the Leptospira from the body. However, the damage caused by the bacteria often leads to liver failure or kidney failure, and sometimes both. In severe infections, the damage is irreversible and quickly becomes fatal.

"Dogs usually recover from mild infections, although the time for recovery varies."

Dogs usually recover from mild infections, although the time for recovery varies. In many of these dogs, even those that appear to be well-recovered, small numbers of bacteria survive in the body, especially in the kidney. This low-grade ongoing infection leads to long-term shedding of small numbers of bacteria in the urine. Dogs that have recovered and yet still carry Leptospira in their tissues are called carriers.

What are the signs of leptospirosis?

Severely infected dogs show signs of lethargy, depression, loss of appetite, vomiting, fever, and increased thirst and urination. Dogs may develop jaundice, which means the lining of the mouth and the whites of the eyes turn yellow. In some cases there may be bleeding. Illness typically develops quickly, sometimes in just a few days, and can be rapidly fatal. In comparison, dogs with mild infections may show little or no signs of illness and the disease may go undetected.

Can leptospirosis be diagnosed with routine blood tests?

No. Routine blood tests cannot give a definitive diagnosis of leptospirosis, but they can provide valuable clues and should be considered the starting point of any investigation. If routine testing suggests a dog has leptospirosis, then additional definitive testing will likely be recommended to confirm the diagnosis.

The most common abnormalities found on routine testing in dogs with leptospirosis include:

What definitive tests are available to diagnose leptospirosis? 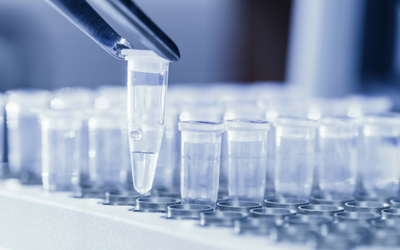 There are several tests for diagnosing leptospirosis, but the two most common ones are the DNA-PCR test and the microscopic agglutination test (MAT). Infection can be diagnosed with either test, but each has weaknesses, and in some situations both tests may be needed to reach a diagnosis.

What is the DNA-PCR test for leptospirosis?

The DNA-PCR test is a rapid test that detects the DNA of Leptospira in whole blood or urine. Urine is often the preferred sample because of the large numbers of bacteria that are usually present. The test is faster and often less expensive than the MAT.

Does the DNA-PCR test always work?

The DNA-PCR is an excellent test, but it has limitations. Most importantly, the DNA-PCR test must be done before the dog is given antibiotics. Leptospira are easily killed by antibiotics, and even small doses can make it difficult to detect infection using DNA-PCR. The test is most useful in the early stages of moderate to severe disease, when large numbers of bacteria are present. Dogs that have been sick for a long time or have only mild signs of illness may be difficult to diagnose by DNA-PCR due to the small numbers of bacteria present.

In some cases, dogs that are truly infected may give a negative result on the DNA-PCR test (false negative). This is especially common when antibiotics are given before the test is done. It is important to remember that a negative result does not rule out infection. If leptospirosis is suspected and the DNA-PCR test is negative, further testing must be done to confirm infection. This usually means doing the microscopic agglutination test (MAT).

In very rare cases, the DNA-PCR may be positive even when true infection is not present (false positive). It usually occurs in dogs that have been in contact with another type of Leptospira, one that does not cause disease. These dogs are not ill and usually have unremarkable routine test results. For this reason, routine testing should always be completed before testing for leptospirosis by DNA-PCR.

What is the MAT test for leptospirosis?

The MAT or microscopic agglutination test detects the presence of antibodies against Leptospira in a dog's blood. If the level of antibodies (called a titer) is high enough or can be shown to be rising over time, then infection is confirmed.

Does the MAT always work?

The MAT is an excellent test, but it also has limitations. It is a slower test than the DNA-PCR test and it may take several days to get results back from the laboratory. Sometimes a follow-up test (called a convalescent sample) is needed to confirm infection, which delays the diagnosis even further. Also, test results can be inconclusive if the patient has been previously vaccinated for leptospirosis, or if antibiotics were given early in the course of disease before the immune system had time to start producing antibodies.

Can leptospirosis be treated?

Yes. Antibiotics are usually very effective in treating leptospirosis, and most dogs respond quickly once antibiotics are started. There are two phases of antibiotic treatment: the first phase quickly clears the most serious or acute infection from the body. The second phase clears the low-grade lingering infection found in carrier dogs. Your veterinarian will discuss the details of treatment with you.

"In addition to antibiotics, dogs with severe kidney or liver damage may require hospitalization for intravenous fluid treatment and other therapy."

In addition to antibiotics, dogs with severe kidney or liver damage may require hospitalization for intravenous fluid treatment and other therapy. The prognosis for severely infected dogs is guarded because overwhelming infection usually causes irreversible organ damage, resulting in rapid deterioration and death in spite of appropriate treatment.

Can people catch leptospirosis from dogs?

Yes. Leptospirosis is a zoonotic disease, which means it can spread from animals to people. Pet owners and veterinary staff should be careful when caring for an infected dog. Precautions such as face masks, gloves, and regular hand-washing are recommended to avoid getting infected urine in the eyes, nose, or mouth, or on broken skin. Careful disposal of soiled bedding is recommended, as well as thorough disinfection of contaminated areas. Any person feeling unwell after exposure to an infected dog should seek medical attention.

For additional information about leptospirosis, see handout "Leptospirosis in Dogs".