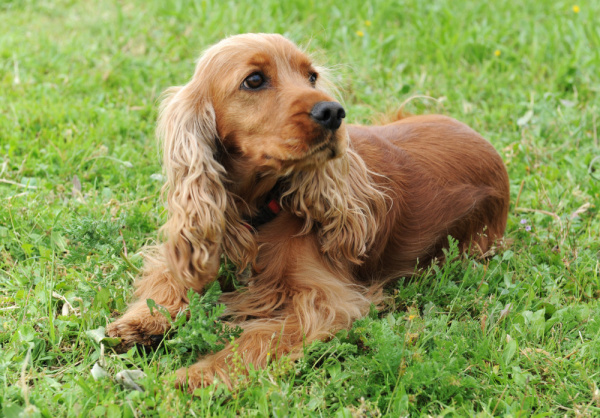 Infectious meningitis can occur in any age or breed of dog. The German Shepherd dog may be predisposed to meningitis caused by Rickettsia species, and the American Cocker Spaniel to cryptococcosis meningitis.

GME – any age and breed, but most commonly in middle aged, female small-breeds

Meningitis may also be non-infectious in nature, caused by an immune-mediated inflammatory response (in which the body’s immune system attacks its own tissues).

Additionally, some parasites may migrate through the brain and central nervous tissues, causing meningitis. Examples of this are Baylisascaris procyonis (a roundworm of raccoons) and heartworm.

What are the clinical signs of meningitis?

Common clinical signs of meningitis include fever, generalized pain (which may be severe), and rigidity of the neck. Affected dogs are often lethargic and may refuse to eat.

How will my veterinarian diagnose meningitis?

Your veterinarian will begin by performing a thorough physical exam on your dog. Signs that may suggest meningitis include neck pain, decreased blood pressure, and changes to the optic nerve that may be visible on ophthalmic (eye) exam.

Next, your veterinarian will likely perform complete baseline laboratory tests, including a complete blood cell count (CBC), serum biochemistry profile, and urinalysis. These tests will provide important information about your dog’s overall health and may provide an alternative explanation for your dog’s signs of illness. Serological tests for specific infectious causes of meningitis may also be performed.

If your dog’s bloodwork is normal, additional (more specialized) testing will likely be recommended. In many cases, your dog may be referred to a neurologist for these tests.

The most important diagnostic test in meningitis is magnetic resonance imaging (MRI) or computed tomography (CT) of the brain. Performed while under a general anesthetic, characteristic changes of the structure of the brain and surrounding tissues may be seen, with findings varying by the location and cause of the meningitis.

An additional important diagnostic test in meningitis is a cerebrospinal fluid (CSF) tap. Once under general anesthesia, a needle is inserted between the vertebrae in your cat’s neck or lower back, allowing your veterinarian to collect a small amount of the CSF fluid that bathes the brain and spinal cord. This fluid is analyzed for the presence of abnormal protein levels, inflammatory cells, infectious organisms, or other indicators of disease. In many cases, analyzing the CSF fluid can not only diagnose meningitis, but also suggest an underlying cause.

How is meningitis treated?

The treatment of meningitis depends largely on the underlying cause. In most cases, dogs are critically ill when they present to the veterinarian and require hospitalization for aggressive treatment. Your veterinarian will perform frequent neurologic examinations on your dog during the course of treatment, in order to assess how he is responding to therapy.

"The treatment of meningitis depends largely on the underlying cause."

Bacterial and protozoal infections are typically treated with antibiotics. In some cases, your veterinarian may begin with a broad-spectrum antibiotic and then change medications based on the results of CSF culture and sensitivity (a test in which bacteria are isolated from the CSF and tested to determine which antibiotics are most effective against the bacteria that are present).

What is the prognosis for meningitis?

The prognosis for meningitis depends upon the underlying cause. Corticosteroid-responsive meningitis typically carries the best prognosis, while infectious and immune-mediated meningitis cases carry a guarded prognosis.