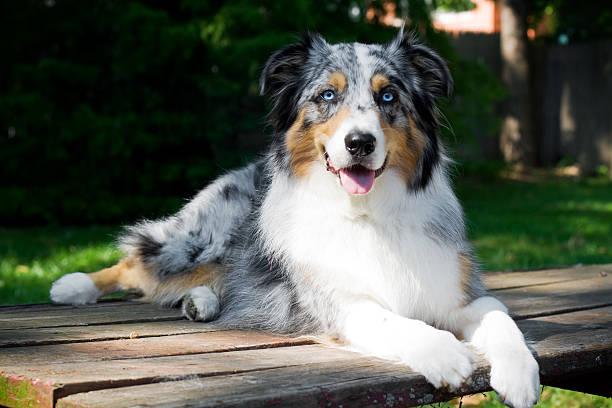 What is the Multidrug Resistance Mutation (MDR1)?

The word mutation refers to a change in an animal’s genetic code. The phrase ‘multidrug resistance mutation 1 (MDR1)’ refers to a specific mutation that can occur at a gene known as the MDR1 gene, also known as the ABCB1 gene.

"a mutation at the MDR1 gene that makes them more sensitive to the negative effects of certain medications.”

Many herding breeds (most commonly Collies and Australian Shepherds) have a mutation at the MDR1 gene that makes them more sensitive to the negative effects of certain medications. These drugs include several antiparasitic agents (when given at high doses), the antidiarrheal agent loperamide (Imodium®), and several anticancer drugs. Dogs with MDR1 mutations will show negative effects from these drugs at doses that are readily tolerated by dogs without the mutation.

Why is the MDR1 gene called a multidrug resistance gene if it actually makes animals more sensitive to a drug?

“This protein acts as a pump…helping to clear chemicals and possible toxins from the cell.”

Over time, it was found that even normal, healthy cells contain p-glycoprotein. This protein acts as a pump in normal cells just as it does in cancer cells, helping to clear chemicals and possible toxins from the cell. P-glycoprotein plays an especially significant role in the blood-brain barrier that helps keep drugs and chemicals in the bloodstream from entering the brain.

In animals with two mutated copies of the MDR1 gene, however, the p-glycoprotein that is produced is abnormal. Without a functional p-glycoprotein system, drugs can reach higher levels within the cell and therefore these dogs are more sensitive to certain drugs.

How do drug effects differ in animals with MDR1 mutation?

The MDR1 drug mutation demonstrates its most significant effects at the level of the blood-brain barrier. The term ‘blood-brain barrier’ is used to describe a filtering mechanism that keeps certain blood-borne substances from entering the brain tissue. In dogs who possess the MDR1 mutation, defective p-glycoproteins allow higher levels of drugs to enter the brain, increasing neurologic effects of some medications.

Ivermectin and other related drugs (milbemycin, selamectin) are commonly used in the prevention and treatment of parasites. They are common components of most canine heartworm preventives. At low doses, such as those used in heartworm prevention, ivermectin is safe even for dogs with the MDR1 mutation. At high doses, however, such as those used in treating parasites such as demodectic mange, ivermectin can cause neurologic effects in dogs with the MDR1 mutation.

"Sedatives, such as those commonly given as components of a balanced anesthetic protocol, may also show stronger effects in dogs with MDR1 mutation."

Sedatives, such as those commonly given as components of a balanced anesthetic protocol (acepromazine, butorphanol), may also show stronger effects in dogs with MDR1 mutation. This is a very subtle difference in degree of sedation and duration of sedation. These dogs can still receive typical anesthetic drugs safely; however, veterinarians may choose to use lower doses in dogs who are suspected or known to possess an MDR1 mutation.

Chemotherapy drugs may also trigger more severe side effects in dogs with MDR1 mutation. These effects can include gastrointestinal toxicity and bone marrow suppression, even at low doses.

How does a dog develop a MDR1 mutation?

The MDR1 mutation involves a deletion of four base-pairs in the genetic code of the dog. This deletion results in the protein that is coded by this gene, p-glycoprotein, being abnormally short.

Each dog inherits two copies of the MDR1 gene – one copy from each parent. If a dog inherits a defective copy of the gene from each parent, the lack of normal p-glycoprotein production will lead to signs of MDR1 mutation. Dogs who inherit only one abnormal MDR1 gene may also show mild effects, though they will be less severe than a dog receiving two abnormal copies of the gene.

What is the likelihood that my dog is affected by the MDR1 mutation?

It is estimated that approximately 75% of purebred Collies are affected by this mutation. Australian Shepherds have a slightly lower incidence, with 50% being affected to some degree. Mixed breed dogs of herding descent have a 35% chance of carrying one or more mutated copies of the gene, while only 10% of Shelties are affected. Other herding breeds, including Border Collies, English Shepherds, German Shepherds, and Old English Sheepdogs, have a less than 5% chance of carrying a defective copy of the MDR1 gene.

How can I know if my dog has a MDR1 mutation?

There is a commercially-available test that assesses blood samples (or a cheek swab) for the presence of the MDR1 mutation. Ask your veterinarian about this test if your dog is a herding breed, or if you otherwise suspect the possibility of MDR1 mutation.