What is perianal fistula? 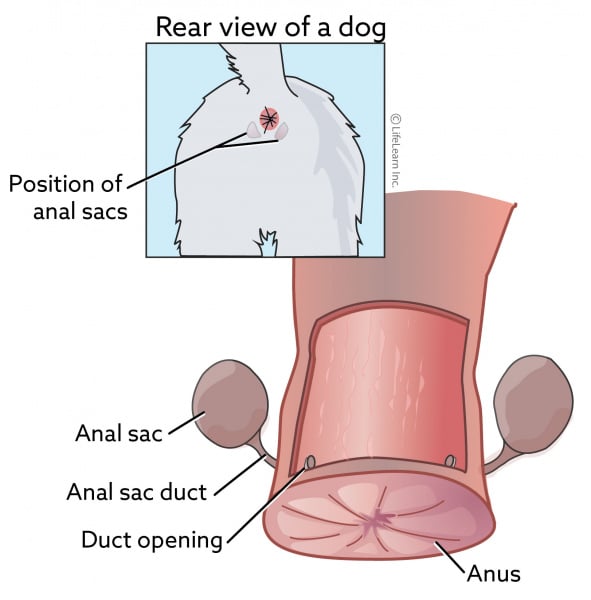 In its early stages of development, there may be few clinical signs and the condition may go unnoticed. Some cases are discovered during a routine physical examination or when the dog is being bathed or groomed.

"In its early stages of development, there may be few clinical signs and the condition may go unnoticed."

As the disease progresses, the affected dog will usually strain during defecation, and there will be blood in the feces. A decreased appetite (anorexia) is common in dogs with perianal fistulas. Usually, the dog will lick excessively at its tail and rectal regions. Some dogs will be reluctant to sit, some may not wag their tail normally, and some may become aggressive if the tail or hindquarters are touched. Behavior changes are common. Some dogs will become withdrawn or act depressed, and others may appear agitated or even aggressive. If your dog demonstrates any of these signs, contact your veterinarian.

What tissues are affected by perianal fistulas?

What causes perianal fistulas to form?

"More recent studies indicate that the condition is more likely caused by an autoimmune disease."

More recent studies indicate that the condition is more likely caused by an autoimmune disease. There also appears to be a genetic component to the condition, since some families of German Shepherd dogs appear particularly prone. One study indicates that approximately 80% of cases occur in German Shepherds.

Is there any sex or age predisposition?

Surgical treatment of perianal fistulas was previously the treatment of choice. However, medical management with immune-modulating drugs is now the preferred therapy.  Improvement can often be seen quickly; however, it can take several months of treatment to get the disease under control. Medical management is divided into an induction phase and a maintenance phase using drugs such as tacrolimus (brand name Protopic®), a topical medication and cyclosporine (brand name Atopica®), an oral medication. Antimicrobials are also often prescribed to treat secondary bacterial infections. A hypoallergenic food trial may be recommended since many cases have been linked to an underlying allergy. Increasing ventilation of the perianal region by clipping the area, particularly in long-coated dogs, combined with careful systematic bathing and cleaning is a useful palliative measure.

In severe cases, surgery to debride or remove as much infected tissue as possible, with or without simultaneous cryotherapy (or freezing) may be beneficial. This will reduce the amount of infection and may stimulate improved healing. Surgery has a high risk of potential complications and is used only in cases where medical treatment fails.

Many cases will resolve after lengthy treatment. Regardless of whether medical or surgical treatment is pursued, these cases are often frustrating for the pet owners and uncomfortable for the pet.

Up to 20% of cases are unresponsive and require intermittent treatment for life. In these cases, treatment, although not curative, is certainly palliative and reduces the pain and discomfort that the dog experiences.