What is a pneumothorax, and what are the different types? 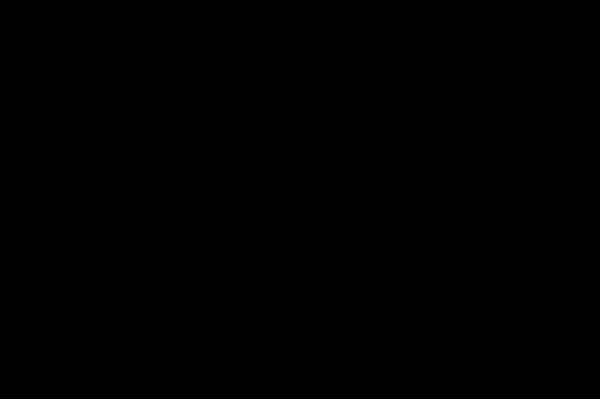 The term pneumothorax refers to the abnormal accumulation of air outside the lungs, but inside the chest wall. The presence of air between the lungs and the chest wall prevents the lungs from inflating normally, and can lead to lung collapse. There are several variations of pneumothorax, and it might be easiest to think about them separately.

What is Traumatic pneumothorax?

In a traumatic pneumothorax, air accumulates between the lungs and chest wall following some type of trauma (such as a severe dog bite). Because there was no opening in the chest wall, this pneumothorax is considered “closed”. Most often in a traumatic pneumothorax, there is enough damage to the chest wall to create a defect. This is called an “open” pneumothorax, in which there is communication between the chest cavity and the outside atmosphere. Another possibility is enough damage to the lung to cause one-way air transfer from inside to outside the lung during inhalation. The air cannot then be exhaled and becomes trapped within the chest cavity.

"With a traumatic pneumothorax, there is typically evidence of a recent trauma"

With a traumatic pneumothorax, there is typically evidence of a recent trauma. With obvious damage to the chest wall, it is straightforward to diagnose an open pneumothorax. These cats present with rapid breathing, difficulty breathing, and they may be in respiratory distress. Cats that are experiencing respiratory distress associated with pneumothorax will often stand with their elbows pushed away from their bodies in an attempt to increase their lung capacity. They may exhibit what is called “abdominal breathing” in which the origin of each breath seems to be the abdominal wall moving rather than the chest expanding. Pneumothorax patients may also have a higher-than-normal heart rate.

Trauma patients with pneumothorax may also have pale or bluish mucous membranes, they may be in shock, and they may have air trapped under the skin. This is called “subcutaneous emphysema” and it feels like “crackling” when they are petted over the affected areas.

The causes of traumatic pneumothorax can be quite varied and include:

What is Spontaneous pneumothorax?

"The symptoms of spontaneous pneumothorax are the same as those of traumatic pneumothorax."

Cats that develop a spontaneous pneumothorax may or may not have previous signs of lung disease. The condition may have a slow, progressive onset, but what typically occurs is a sudden loss of the ability to compensate for the air that is outside the lungs and preventing the lungs from expanding properly for breathing. The symptoms of spontaneous pneumothorax are the same as those of traumatic pneumothorax. The causes, however, are quite different.

"The causes of spontaneous pneumothorax originate in the lungs themselves"

What is Tension pneumothorax?

Tension pneumothorax most often occurs when patients are intubated (insertion of a breathing tube during general anesthesia or use of a ventilator). If the pressure of the ventilation is too great, the lung can rupture (burst). The resulting flap-like defect can act like a one-way valve, allowing air to accumulate outside of the lung and within the chest cavity.

It can also occur from blunt trauma, penetrating wounds, or during spontaneous negative-pressure inspiration.

How is pneumothorax treated?

Definitive treatment of pneumothorax depends upon the underlying cause, but there are commonalities across the spectrum of patients who develop this condition. Most cats require hospitalization until the air accumulation within the chest cavity has stopped or has stabilized. If the cat presents in respiratory distress, then part of the treatment involves extracting the air from inside the chest cavity to allow the lungs to expand. Oxygen therapy is typically provided until the cat is stable.

"In traumatic pneumothorax... it is important that effective pain relief be provided"

In traumatic pneumothorax, or for cats requiring surgery to resolve the underlying issue that led to the pneumothorax, it is important that effective pain relief be provided. If there is a significant defect in the chest wall, surgery will be required once the cat is stable and receiving adequate oxygen into the tissues. Removal of part or all of a lung may be necessary if there are localized lesions, masses, etc. Any traumatic lacerations of the lung may be sutured closed. A closed, traumatic pneumothorax may not require any intervention beyond stabilization. Sometimes a chest tube is required to provide access to remove additional air that accumulates in the chest cavity. If there is a chest tube placed, then it is important that the cat not be allowed to dislodge it.

Most cats require strict rest for at least a week (and often longer) following resolution of pneumothorax, in order to minimize the chance of recurrence.

What sorts of complications can arise from having a pneumothorax?

It is possible for pneumothorax to cause a fatal cardiovascular event from too low a level of oxygen in the blood. Another important potential complication of pneumothorax is recurrence. It is important to monitor the cat’s breathing rate, as an increased breathing rate may suggest a recurrence. Follow-up x-rays may be required, as may additional measurements of blood oxygen levels.

What is the expected recovery and long-term outlook after suffering a pneumothorax?

For traumatic pneumothorax, if the chest trauma is not too severe and if treatment goes according to plan, the expectation is for a full recovery. If the chest trauma is severe, it is possible for the cat to decline despite all interventions and emergency efforts. If there is bleeding into the lungs or bruising of the heart, these patients can deteriorate very quickly.

The recovery and long-term outlook for a cat with spontaneous pneumothorax is a bit more complicated because it depends on the underlying cause. A well-identified, single, localized lesion that can be removed surgically provides a better outlook than if the underlying cause cannot be identified or if there is disease throughout the lungs.

While pneumothorax is a very serious condition, it is important to note that with advances in diagnostic and treatment options, these cats can often be treated for a very successful outcome.