What is feline poxvirus and what diseases does it cause? 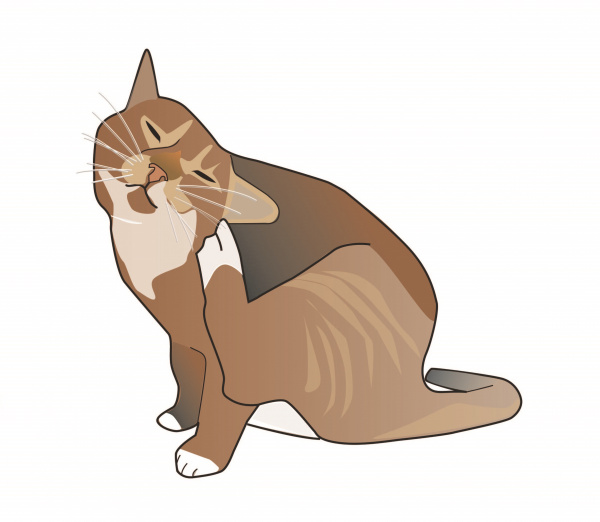 Feline poxvirus is related to the virus that caused smallpox in humans. The virus cannot be distinguished from cowpox virus, which is a rare cause of infection on the teats and udders of cattle. In cats, the first sign of infection is the presence of a single skin lesion, usually on the head, neck, or forelimb.

"Within a few days to weeks of the appearance of the primary lesion, widespread secondary skin lesions appear."

This primary lesion can be anything from a small scabby ulcer to a large abscess and may be itchy, causing the cat to aggravate it by biting and licking. Within a few days to weeks of the appearance of the primary lesion, widespread secondary skin lesions appear. These start as small nodules that develop into ulcers that rapidly scab over and heal, leaving small patches of bald skin. The hair rapidly regrows and cats are usually back to normal six to eight weeks after the primary lesion developed. In cats with underlying immunodeficiency (weakened immune system), such as that associated with feline leukemia virus or feline immunodeficiency virus infection, generalized infection with feline poxvirus is likely, leading to progressively worsening lesions, loss of appetite, lethargy, vomiting, diarrhea, eye and nasal discharge and ultimately, death.

Is there any treatment for cats with feline poxvirus infection?

No antiviral drugs will alter the course of feline poxvirus infection in cats. Corticosteroids worsen the disease, leading to generalized infection and death. Antibiotics may be useful to treat secondary bacterial infections of the lesions. Euthanasia is recommended in cats showing progressive, generalized infection.

Is there a vaccine available?

No vaccine is currently available for cats. The use of anything related to smallpox virus has been strictly controlled since the eradication of smallpox, because the virus itself is so harmful to humans. In cattle and humans, smallpox vaccine does not provide good protection against cowpox virus, and it may also be ineffective in cats. Development of a specific vaccine against feline poxvirus is unlikely at present because the infection is still very rare in cats.

Can the virus be spread to other cats or humans? 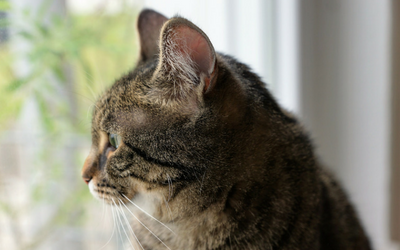 Cat-to-cat transmission under natural conditions has not been proven, but is a possibility. It is believed that cats become infected with feline poxvirus after being bitten by a rodent carrying the infection. The rodent reservoir has not been positively identified, but there is some evidence that certain species of vole and mouse are the natural hosts.

Feline poxvirus infection is more common in outdoor hunting cats, and the primary lesion often appears at the site of a bite. The incidence of cases peaks in late summer and autumn when rodent populations are at their peak, and are very rare in winter when rodents are hibernating.

"Humans are susceptible to infection with feline poxvirus."

Humans are susceptible to infection with feline poxvirus, and about half of all human cases can be attributed to contact with an infected cat. In humans, the disease usually consists of a single lesion on the hand or face, sometimes with other symptoms such as fever or headache. Feline poxvirus infects people through cuts and abrasions on the skin. The virus is not highly infectious, so the risk of human infection can be greatly reduced by taking basic hygiene precautions like wearing gloves when handling infected cats. Cats are infectious until the scabs have healed.

Is poxvirus common in cats?

Infections with poxvirus have been reported in Asia, Europe, and England. To date, there are no reported cases in North America.