The Pros and Cons of Pedigree 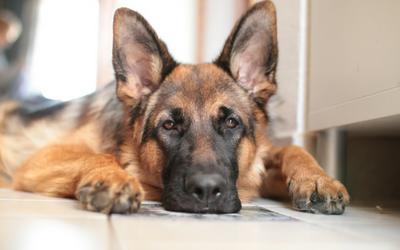 People give their dogs all sorts of names, finding creative inspiration from many sources. There are more dog names than there are dog breeds.

Regardless of their endowed name, the official Latin name for the domestic dog is Canis lupis familiaris. Within this scientific classification, the canine species includes over 1,000 different breeds, each with a unique name and pedigree. Plus there are infinite combinations of breeds that make up the lovable family of dogs affectionately dubbed, 'mutts'.

When choosing a dog, potential pet owners often consider acquiring a pup with a pedigree vs. a mixed breed. In order to make a more educated choice, it is good to know a little about what makes a pure breed so 'pure,' as well as what 'mutts' have to offer.

What is a purebred?

The creation of a pure canine bloodline is historically a complex accomplishment. Specific dog breeds were originally developed and refined over many generations to develop traits that made them suitable for certain jobs. Mating two dogs with specific traits was arranged to produce pups that could accomplish certain tasks; e.g., run fast, pull sleds, guard property, or retrieve birds. The best pups of the litter were identified and selected for future breeding. After several generations of critical selection, pups with specific traits were consistently produced and a new “breed” was identified – Greyhounds for speed, Huskies for sledding, German Shepherds for protection, Labradors for retrieving birds, etc.

"After several generations of critical selection, pups with specific traits are consistently produced and a new 'breed' is identified."

Around the end of the 19th century, selective breeding gained popularity for a totally different reason. The affluent population of pet owners gathered at social functions and enjoyed parading their dogs around, comparing them to other dogs. From this pastime, a new sport of showing dogs emerged. To ensure fair competition in the show ring, written breed standards were adopted that described each specific breed’s appearance and temperament and reflected the breed’s original function. At dog shows, the best specimen of a particular breed was deemed the winner.

The goal of breeding and selecting dogs with certain physical features, whether for work or show, is to produce the 'ideal' dog. A consequence of this process may be inbreeding, which results in some less desirable genetic traits becoming more common along with the traits people are trying for. If there is a recessive gene for an inherited disease, such as hip dysplasia, a pup born of two related dogs has an increased chance of having that particular problem.

Natural mating of related dogs is not the only way inherited defects permeate a breed. Sometimes, a male dog that fits the breed standard and wins numerous championships will be used to father many litters (naturally or through artificial insemination) from totally unrelated mothers, and his genes, both good and bad, become widely spread through the breed. Even though the mother and father are not related, there is a good chance that future generations will be linked through the father.

How are safe breeding practices ensured?

Dogs of pedigree can be wonderful pets or service dogs, so avoiding inherited medical problems is important. To safeguard the integrity and health of a bloodline, guidelines have been developed.

1. Review pedigrees prior to mating to ensure that you are not breeding close relatives. Most pedigrees outline ancestors for several generations.

2. Use several breeding males and females to add diversity to the population.

3. Avoid mating siblings to siblings, and parents to offspring. Mating of distant cousins is okay.

4. Do not breed dogs with known genetic defects. It is best to have these dogs spayed or neutered.

How do breed standards help?

Breed standards help educate potential pet owners about what to expect when choosing a specific dog breed. People can research breed standards for information about the size, temperament, and potential health problems of their chosen pup. Future dog owners can anticipate how big the pup will be and what he will look like. On the other hand, knowing the breed in and out, you can know what medical problems to watch for. A few examples include:

It is important to understand that any dog of any breed can have these health issues but certain breeds are more predisposed than others. Mixed breed dogs, while not exempt from these medical problems, are less likely to develop them due to 'hybrid vigor' – a variety of genetic material gives mutts a health advantage over their upper crust canine companions.

What are some of the pros and cons of pedigree?

There are pros and cons to choosing a purebred dog over a Heinz 57 pup.

Pros: You will have a good idea what your pup will be like when he grows up. A mixed breed pup cannot be as easily pegged.

Cons: Your dog may have a health or behavioral issue related to his carefully scripted blood line that may show up immediately or become evident later in life.