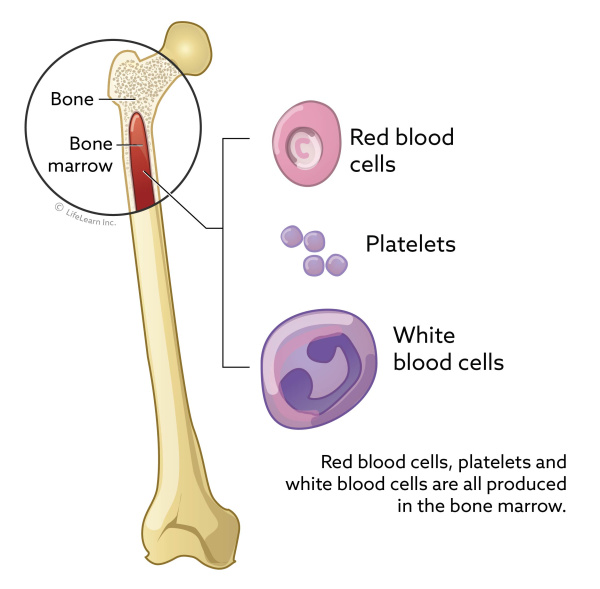 Thrombocytopenia is a term that refers to a decrease in the number of blood platelets, also known as thrombocytes, circulating in the blood.

Platelets are produced in the bone marrow and circulate in the blood. They clump together to seal broken or leaking blood vessels to prevent blood loss. They are an important factor in the blood clotting mechanism, and thrombocytopenia can lead to spontaneous bleeding or bruising.

Are any diseases or conditions associated with thrombocytopenia?

Many severe diseases have thrombocytopenia as one component of the condition, including:

Is thrombocytopenia common in cats?

Thrombocytopenia is quite common. Some surveys have shown as many as 1% of cats admitted to veterinary hospitals are platelet deficient.

What are the clinical signs of thrombocytopenia?

Severe thrombocytopenia may cause abnormal bleeding that shows up as petechiae (small red spots on the skin or gums), ecchymoses (larger bruises), bloody urine, vomit, or stool, and melena (tar-colored stool). Other signs, secondary to thrombocytopenia, may include pale gums, lethargy, vomiting, diarrhea, weakness, or collapse. Many cats with thrombocytopenia will not show any obvious signs, which is why blood testing is so important.

"Many cats with thrombocytopenia will not show any obvious signs, which is why blood testing is so important."

How is thrombocytopenia diagnosed?

Additional diagnostic tests are used to investigate the underlying causes of the problem. Depending on the nature of the suspected underlying process, these may include additional blood tests, radiographs (X-rays), ultrasound, or bone marrow sample tests.

How is thrombocytopenia treated?

If the blood loss has been acute or sudden, a blood transfusion may be required. Platelet-rich plasma may also be used to temporarily increase platelet numbers to reduce spontaneous hemorrhage. Other therapeutic treatments will be needed to treat the specific underlying cause of the thrombocytopenia to minimize or prevent a recurrence.

"If the blood loss has been acute or sudden, a blood transfusion may be required."

Can there be bleeding disorders with normal numbers of platelets?

Yes, this can happen if platelet function is impaired. This can be a side effect of some drugs, including antibiotics. Cats may be affected by inherited platelet defects, such as Von Willebrand's Disease, although this disease is rare in cats. Another example is Chediak-Higashi syndrome, a condition identified by partial albinism (lightly colored iris of the eye) and is seen in some lines of Persians and other breeds (see handout "Chediak-Higashi Syndrome in Cats" for more information). Diagnosis requires tests of platelet function. There are no specific treatments other than transfusions as needed.