What is valley fever? 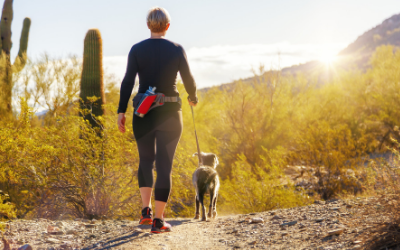 Valley fever is a disease caused by a fungus known as Coccidiodes immitis. Although the proper name for this disease is coccidioidomycosis, it is most often called valley fever, California disease, desert rheumatism, or San Joaquin valley fever.

Where is valley fever found?

This soil-dwelling fungus has adapted to survive in desert climates and is prevalent in certain parts of Arizona, California, Nevada, New Mexico, Texas, Utah, northwestern Mexico, and parts of Central and South America. It has been also reported in south-central Washington State. Infections rates vary greatly by county, and not all the factors that contribute to the rate of infection in an area have been determined. Valley fever tends to occur during certain seasons.

What species can be infected with valley fever?

Dogs appear to be very susceptible to infections with valley fever, probably because they sniff the ground and dig in the dirt, potentially inhaling large numbers of spores at a time.

How is valley fever spread?

Like many fungi, C. immitis has a complex life cycle. It has two completely different forms, depending on whether it is in the environment or has entered a host animal. When it is in the environment, it exists as a mold. During dry spells, the mold goes dormant in the soil, and can remain dormant for prolonged periods of time. Once the rains come, the fungus grows and produces long filaments of mold that contain infectious spores. The tiny spores readily become airborne when the soil is disturbed by winds or by construction, farming, or digging. If the spores are inhaled, they transform into a yeast-like organism that infects the lungs.

What are the symptoms of valley fever in dogs?

Once the spores are breathed into the lungs, they develop into larger structures called spherules. In a healthy adult dog, the dog's immune system will wall off the organisms in the spherules and there will be no further problems. In these cases, the signs of disease are usually very mild, and often the dog does not even become visibly ill.

"Once the spores are breathed into the lungs, they develop into larger structures called spherules."

However, in dogs that have a weak immune system because of age or underlying illness, serious illness can develop, therefore, both very young puppies and senior dogs are more susceptible to illness from valley fever. In these patients, the spherules continue to grow and eventually burst, releasing more infectious organisms to spread throughout the lungs or to other organs in the body where the cycle repeats itself over and over.

Valley fever can take two main forms of disease in the dog, the primary disease and the disseminated disease.

The primary disease is limited to the lungs. Signs of primary valley fever include a harsh dry cough, a fever, a lack of appetite, and lethargy or depression. These signs usually occur about three weeks after infection although sometimes, the organism can lay dormant in the body for up to three years before signs occur.

In the disseminated disease the fungus has disseminated or spread to other parts of the body. The bones and joints are most commonly infected, and lameness is the most common sign. The joints may become swollen and painful. Other signs are non-specific and may include lack of appetite, lethargy, or depression, a persistent fever, and weight loss. Infection can occur in the eye causing inflammation and sometimes blindness. In rare cases, the fungus invades the brain, resulting in seizure activity.

How is valley fever diagnosed?

If you live in an area where this disease is prevalent and your dog is showing signs that are consistent with valley fever, your veterinarian will recommend diagnostic testing to determine whether your dog has this infection. This testing will most certainly include a titer test to determine whether your dog has valley fever antibodies (evidence of exposure to the fungus). Depending on your dog's symptoms and the severity of illness, your veterinarian may also recommend additional blood tests and diagnostic X-rays of the chest and any affected legs. The fungus can also be detected by microscopic examination of samples of fluids or infected tissue.

Veterinarians in other parts of North America seldom, if ever see cases of valley fever. Therefore, if your dog has spent any time in an area where this disease is prevalent, it is important to let your veterinarian know about this travel history should your dog develop signs that are consistent with valley fever.

What is the treatment for valley fever?

The most common side effects of these medications include vomiting and loss of appetite. Since they can be toxic to the liver, your veterinarian will recommend periodic blood tests to monitor liver function.

Other supportive care may be needed depending on the location of the infection. This may include hospitalization for intravenous fluids or oxygen therapy; management of congestive heart failure may require surgical intervention; and infected, painful eyes may require surgery to alleviate the pain.

What is the prognosis for recovery?

A small number of dogs, usually those that develop disseminated disease, will die from valley fever. However, the majority of dogs that are treated appropriately will recover from this disease. Your veterinarian will periodically repeat the antibody titer test to determine when the antifungal medication can be stopped.