Conquering a Silent Killer of Cats: Know the Warning Signs of a Deadly Blockage

When Momo the cat had a suspicious blockage, VCA Cat Hospital of Chicago jumped into help. 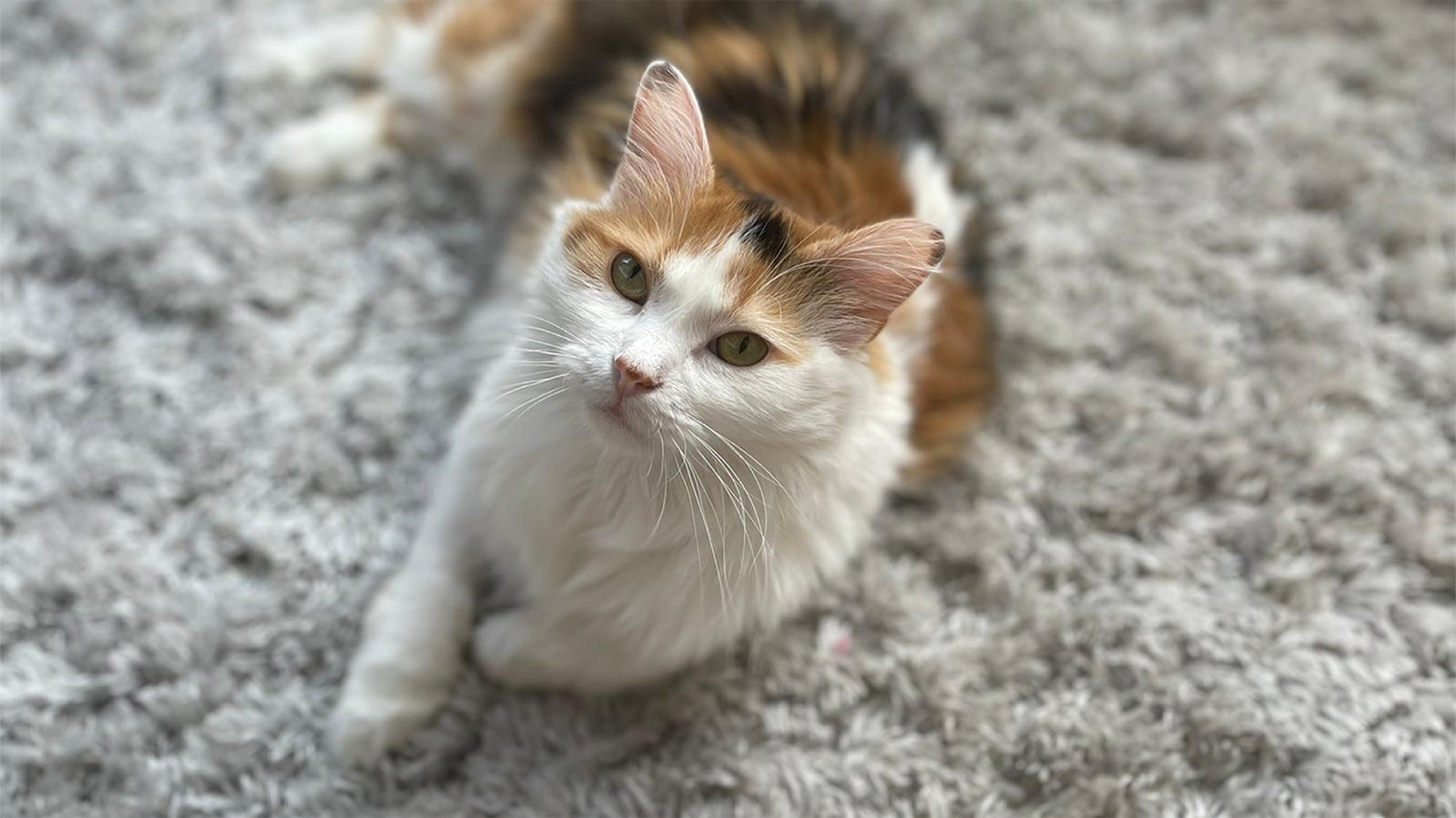 For a normally quiet cat, Momo was suddenly being especially vocal.  She was meowing more in recent weeks than she’s meowed in her entire 20-month life.

“We’d always wanted a cat,” said Momo’s owner in a translated interview, “and our friend highly recommended the Anti-Cruelty Society.  We saw Momo for the first time in December 2020, and we immediately fell in love.  She was a four-month-old stray found on a construction site.”

“Momo was the most affectionate, laid-back and easy-going cat we’ve ever seen,” she said.  “She was always so friendly and comfortable with strangers.”

Her owners, Turkish citizens who speak limited English, didn’t understand the cat’s behavior change.  “She talks, she talks,” they told the caregivers at VCA Cat Hospital of Chicago, but when anyone touched her, that “talk” was more like a scream. In addition, she was vomiting for no real reason.  She’d been seen 2-3 times in the past, and was always a friendly, easy-going cat.

Now, Momo definitely did not want to be touched – by anyone.

Momo’s movements in the exam room were also very strange. She was positioning herself in unusual poses, rolling around on her back, and making unusual noises. This wasn’t normal exam room behavior at all.  She was in serious pain – but what was causing it?

“Most people would not have associated Momo’s behavior with a urinary issue,” said Dr. Colleen Currigan, “but then we noticed something they hadn’t.”

While Momo was waiting for the doctor, the team noticed tiny spots of blood on the floor. Maybe she was spotting – or maybe she was passing bloody urine.

Either way, the situation had just become an official emergency.

Dr. Currigan learned the cat had been urinating outside the litter box for awhile.  The owners thought maybe it was because the door was closed, or she was stressed, or she just had an accident.  They’d added a second box, and the behavior stopped.  Relieved by the behavior change, Momo’s owners were didn’t really think twice about the why -- until she began expressing her pain.

“She was absolutely in pain,” said Momo’s owner. “She was yowling in ways we’d never heard before. We spoke to our friend, who spoke to her veterinarian, who recommended we get to the hospital immediately.”

“This is classic behavior for a cat with a urinary tract issue,” said Dr. Currigan.  “While doing the physical exam, I noticed that Momo’s bladder was very large and very firm.  I barely touched it and she screamed.  It was obvious that she was experiencing a blockage that was causing excruciating pain.”

Momo’s owners thought nothing of her unusual litter box habits.  They had only noticed the crying.

But now, the cat was diagnosed with a potentially life-threatening condition.

Bridging the barriers
Momo was suffering from a severe urinary obstruction.  This condition is very unusual for a female cat, but that didn’t wind up being the most unusual thing about her case.

“Our first challenge was explaining the issue to the client, so we could get the cat the care she needed,” said Dr. Currigan. “We wanted to share visuals, in case they didn’t understand our words, so we provided diagrams and pictures. We stressed the need for urgent treatment.”

Two veterinary technicians worked with the family to ensure they were properly informed.  Thanks to their diligence, Momo’s owners understood they were facing a serious emergency.  They wanted the best care for their cat.  However, as college students, they were rightly concerned about the costs and risks of surgery – and how much Momo might suffer.  While the front desk team worked out payment arrangements, the care team began the diagnostic prework needed to clear the blockage.

“After examining the cat, I knew she needed pain medication,” said Dr. Currigan.  “I explained to the family: you know she’s crying.  That’s because she is hurting. We need to calm her down and make her comfortable. And then we’re going to fix this.”

While Momo was resting, the family waited patiently for updates.  But two hours had passed, the hospital was closing soon, the evening call to prayer was approaching, and their stress levels were soaring through the roof.

“We knew they were Muslim, so we offered them blankets and pillows, and gave them some privacy to observe their faith,” said Dr. Currigan. “They were so relieved that they could stay with Momo throughout her surgery.  And we were so inspired, knowing we could accommodate them at this moment in time. It really meant a lot to them.”

“We mean what we say: all are welcome at VCA.  We demonstrate compassion for all.”

“Fortunately, most blockages can be cured without any surgical incision,” said Dr. Currigan. “The goal is to push the blockage (in Momo’s case, caused by a stone) back into the bladder, where it can be surgically removed, or in some cases, dissolved with a therapeutic diet.  Momo’s stone was suspiciously stuck in the urethra.  This told me we were working with a very big stone, as female cats have a shorter and wider urethra that is unlikely to be easily blocked.”

“Momo’s pain was caused by this intense pressure on her urethra,” said Dr. Currigan. “We had to use medication to relieve the pressure before proceeding.  And then, the muscles relaxed, and we were able to flush the stone right out of the way.  We got a bit of fluid in there and moved it around.  She passed the stone on her own – something that would never have happened with a male cat.”

Momo’s stone was gigantic -- over 1 inch (3cm) and about 5mm in diameter (about 3/16”).  A second, smaller stone was located while flushing the bladder.

“I’ve been practicing for many years,” said Dr. Currigan, “and this is only the second female cat I’ve ever seen blocked.  If this was a male cat, we’d have hospitalized the cat for 24-72 hours with a urinary catheter to prevent another blockage.  With Momo, there was no real risk of recurrence.”

Momo went home that day and recovered better than anyone expected.  There was no more “talking,” no more vomiting.  There was a bit of bloody urine for a few days, but her bladder trauma and residual pain resolved quickly.  Today, the cat is doing well.

“Momo is perfectly content with her life,” said her owner. “She is watching the birds on our patio, eating well, playing, nuzzling and cuddling. She even lets me hold her now.”

“We have to understand that stones like this one grow over a long period of time,” said Dr. Currigan. “And most often, the cat gives us no real hint of a problem, especially in the early stages of stone formation.”

“We were grateful that our friend got us an appointment within an hour,” said Momo’s owner. “We are forever thankful for the availability and accommodation we received.” 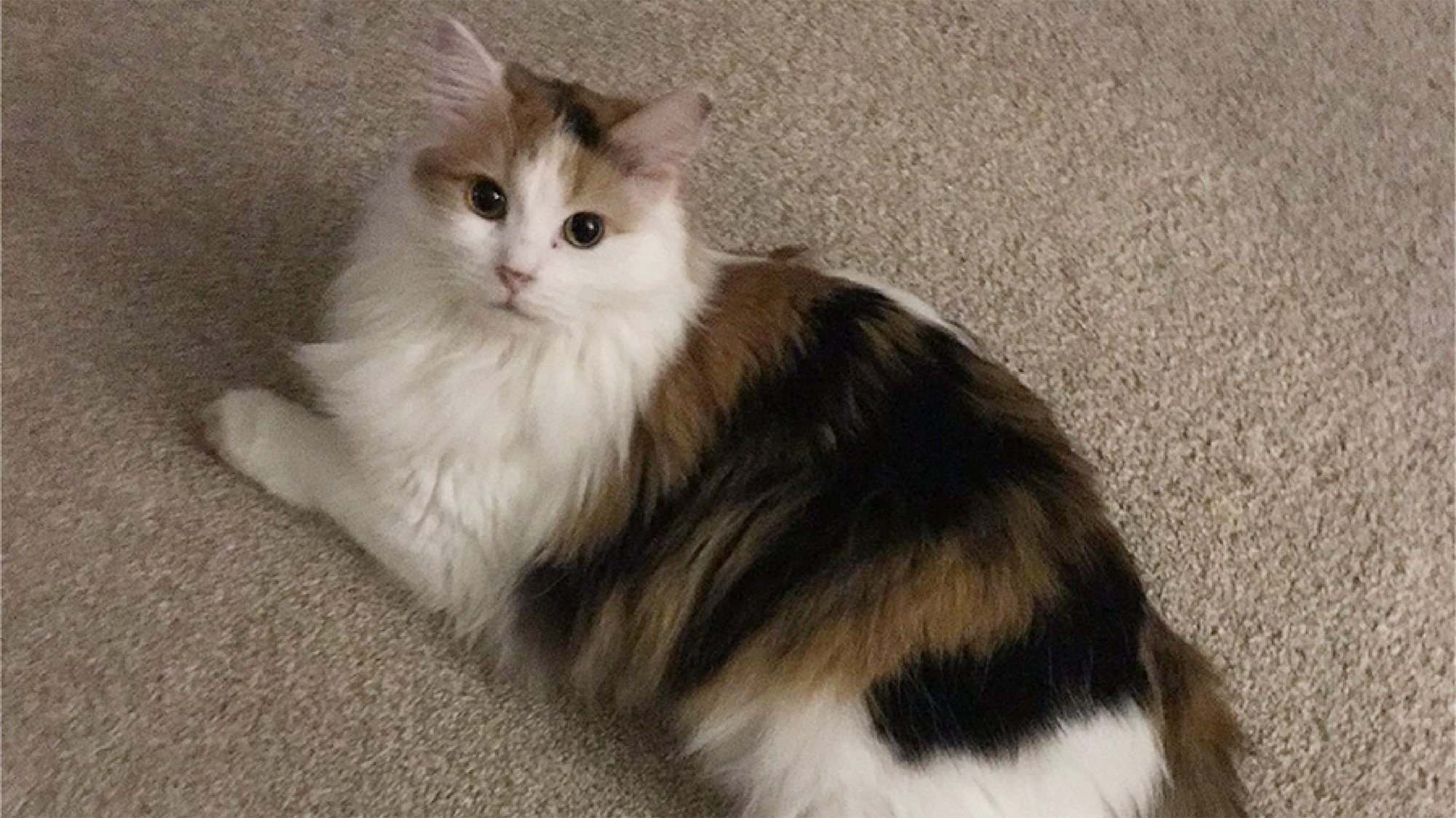 “Cats don’t always let us know when they have a health problem. They are the masters of hiding pain. They are both predator and prey in the natural world – and they know the risks of showing any sort of weakness.”

Beware of the silent killer
Cats don’t always let us know when they have a health problem.  They are the masters of hiding pain.  They are both predator and prey in the natural world – and they know the risks of showing any sort of weakness.

“Blockage symptoms come on very suddenly,” said Dr. Currigan.  “And it’s an immediate medical emergency.  It doesn’t matter if this is a male or a female.  The sooner you identify the symptoms of a blockage, the better chance your cat has of recovering completely.”

“The first sign of a problem is usually straining in the litterbox,” she said. “Most owners do not notice this behavior because they give their cats privacy in the litterbox.  When straining to urinate is reported by one of our clients, we always ask, ‘male or female?’ because male cats need to be seen immediately.  They cannot pass blockages naturally. They could never pass a stone like Momo’s. Within as few as 24 hours, they could be toxic.”

Toileting outside the litter box -- with or without straining -- as Momo did on and off during the few months prior to her recent visit with us, can also be a sign of a urinary tract health problem.

What can you do to prevent blockages in your cat?  Dr. Currigan offers several recommendations.


“Be on the lookout for those tell-tale spots of blood,” said Dr. Currigan. “They might be your only warning sign of a life-threatening blockage.”

Schedule your cat’s next wellness screening today – book an appointment in the myVCA app or at the VCA website. Don’t have a VCA doctor? Find one near you! 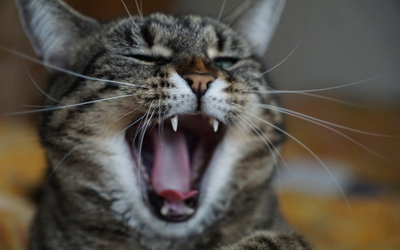 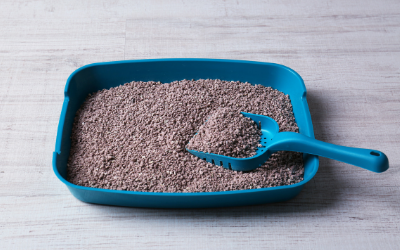 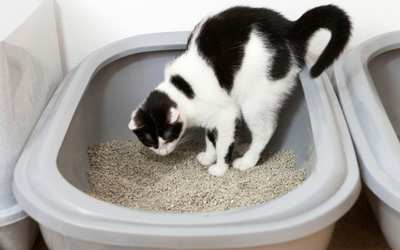