What is the difference between food allergies and adverse reactions to food in dogs?

Traditionally, the terms food allergy and food intolerance have been used to describe any and all adverse food reactions in dogs. The term food allergy (or food sensitivity) is really most accurately applied when the immune system is involved in creating the signs and symptoms that result. 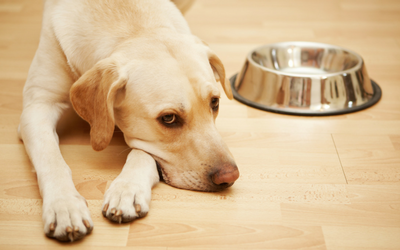 Adverse food reactions in dogs often mimic food allergies because there are only so many ways that the body can demonstrate a problem with food. One characteristic of food intolerance is that it occurs on the initial exposure to that food or food additive. Reactions regulated by the immune system (food allergies or sensitivities) generally require several exposures before signs are seen. The incidence of food intolerance versus food allergy is not known.

What are the different kinds of adverse food reactions that can happen to dogs?

There are several general categories of food reactions that may occur in dogs:

Drug-like reactions to food. Histamine, which can cause sometimes severe clinical reactions in humans - flushing, diarrhea, sweating, nausea, vomiting, and facial swelling - may not be an issue for dogs in general, except for the occasional individual reaction.

Dietary indiscretion. Dogs are famous for eating things they should not, including articles of clothing! Gluttony and garbage ingestion are frequent causes of adverse dietary reactions. The gastrointestinal signs may result from bacterial contamination, fat or grease, or from bones, wood, plastic, or aluminum foil.

It is important to distinguish between a dog's adverse reaction to something he has eaten versus involvement of the immune system and a potential food sensitivity. Food sensitivity or food allergy typically results in skin and GI signs that require a comprehensive approach to restore the body to a state of balance. Knowing the dog's feeding schedule, nutrient profile, and the timing and severity of any signs and symptoms will help your veterinarian distinguish between a one-time adverse food reaction and a food hypersensitivity.