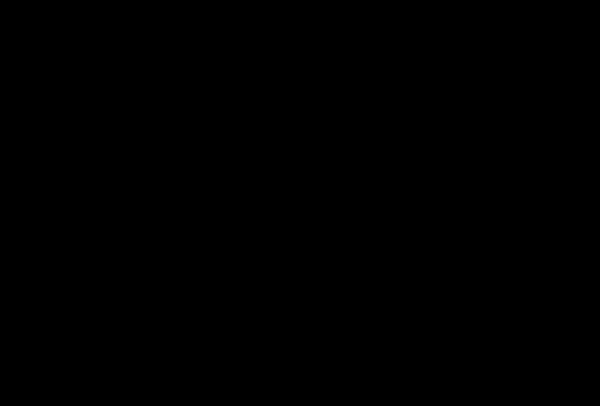 What is a disc, and what is its purpose?

The spinal cord is one of the most important and sensitive organ systems in the body. If it is damaged, the nerve cells do not regenerate but are replaced with fibrous or scar tissue. Spinal cord injuries usually result in permanent, irreversible damage. To protect it from damage, the spinal cord runs through a bony canal within the spine and is surrounded by protective bone everywhere except at the junctions of the vertebrae. These junctions are filled by rubber-like cushions called intervertebral discs. The individual vertebrae and intervertebral discs allow the back to move up and down and sideways without allowing contact between the bones of the spinal column. This extreme protection of the spinal cord reflects its importance and fragility.

What does it mean for a disc to rupture, and how does it happen?

The disc is composed of two parts, and has a structure similar to a jelly donut. The outer covering (fibrous ring) is much like a thick shell. It is made of tough fibers that protect and contain the central part (pulpy nucleus). The central part of the disc is softer and has the consistency of thick toothpaste.

Degenerative disc disease causes spontaneous degeneration of the outer part of the disc, resulting in sudden disc rupture or herniation. Since the disc is thinnest near the spinal cord, the disc material that escapes through the tear usually goes upward, putting pressure on the spinal cord. Because the spinal cord is encased within its bony canal, it cannot move away from the pressure and it becomes "pinched."

"Because the spinal cord is encased within its bony canal, it cannot move away from the pressure and it becomes 'pinched'."

A disc rupture may or may not be related to injury. In many cases, the disc rupture occurs after a fall or a relatively small jump. Although this act is frequently blamed for the disc rupture, the injury actually occurred due to chronic disc degeneration. 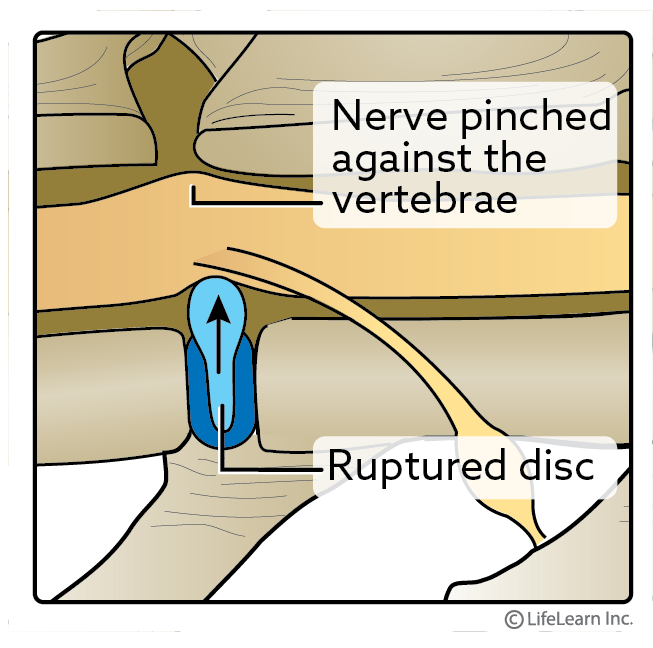 How does a slipped disc affect the spinal cord?

Most disc ruptures occur in the middle to lower part of the back. However, they may also occur in the neck. Back injuries often cause paralysis without severe pain, while neck injuries usually cause severe pain without paralysis. Due to the way nerve tracts are arranged in the spinal cord, if paralysis affects all four legs, the disc rupture must be in the neck. Sometimes, however, a lesion in the neck area may affect the rear legs first and may not involve the front limbs.

How quickly do intervertebral discs degenerate and rupture?

Disc degeneration occurs relatively slowly. A rupture may occur slowly and gradually, with degenerated disc material slowly escaping from the disc over several days or weeks. In these cases, the dog often experiences pain and is reluctant to move. It may lie around for a few days allowing the body to try to heal the injury, often without the owner being aware that a problem exists. However, discs may also rupture very suddenly. Some dogs will go from normal walking to total paralysis in less than one hour.

How is this problem diagnosed?

A probable diagnosis of disc disease will be based on the dog's history of neck or back pain, uncoordinated walking, or paralysis, with or without a history of recent trauma. If the dog is one of the high-incidence breeds, this disease will be high on the list of potential causes of the patient's symptoms.

"If the diagnosis is in doubt or if the patient will undergo surgery, further diagnostic imaging may be performed."

How do you know if the pressure on the spinal cord is due to a disc or something else?

It is possible that the pressure on the spinal cord is due to a blood clot or tumor. Both are possible but rare, especially when compared to disc ruptures. If the patient is a high-risk breed and there has been a sudden onset of paralysis without severe trauma, there is an approximately 95% chance that a disc rupture is causing the clinical signs. However, the diagnosis is not definite until the time of surgery.

Are all disc ruptures treated with surgery?

Not necessarily. The recommended treatment is based on the stage of the disease:

These stages tend to overlap in some dogs, and dogs may move from one stage to another over a period of hours to days. Dogs with stage II and III disease are usually treated with anti-inflammatory drugs, pain relievers, muscle relaxers, and exercise restriction. If the pain or lack of coordinated movements persists after four to seven days of treatment or if the neurological status declines from one day to the next, surgery may be required. The time of confinement will vary based on each patient's condition.

What is the goal of surgery?

When will we know if the surgery is successful?

Unfortunately, success cannot be determined immediately. The return of neurological function, walking ability, and relief from pain may not occur for several days to weeks after surgery.

When can my dog go home?

Following surgery, your dog will be hospitalized for several days. Bladder and bowel control are often lost when the dog is paralyzed. It is better for your dog to remain hospitalized until control of these functions has returned. It is generally better not to extend hospitalization beyond seven days because regaining the ability to walk partly depends on exercise and motivation. Since motivation is such an important part of the recovery process, you may be encouraged to visit your dog starting a few days after surgery.

If paralysis was present before surgery, your dog may not be able to walk when it is discharged from the hospital. You will be given detailed instructions on the procedures that should be performed. Recovery is dependent on four factors: whether permanent damage was done before surgery, if the surgery relieved the pressure quickly enough, if physical therapy can be performed at home, and if the dog is motivated to recover. 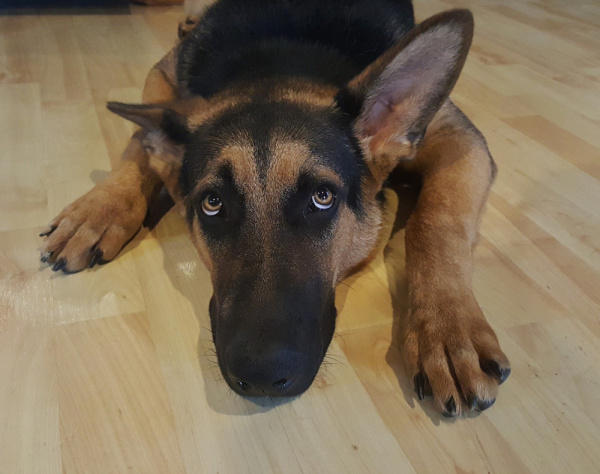 Can my dog slip a disc again?

Yes. However, as discussed above, not all disc herniations require surgery.

What other conditions could be mistaken for intervertebral disc disease?

Spinal shock. This is a temporary loss of spinal function that is generally associated with trauma. It occurs suddenly and is somewhat like a concussion of the brain. It may leave permanent damage or full recovery may occur. Recovery from spinal shock generally occurs within a few hours to a few days.

Fibrocartilaginous embolism. In this condition, a small amount of disc material ruptures and gets into one of the blood vessels leading to the spinal cord. As the vessel narrows, the disc material obstructs it, depriving a certain segment of the spinal cord of its blood supply. Without proper blood supply, that segment of the spinal cord dies, resulting in paralysis. Surgery will not help these dogs because there is no pressure on the spinal cord. Often, paralysis involves only one rear leg, or one rear leg is more severely affected than the other is. Complete recovery may occur in a few days to weeks, or there may be permanent damage to a portion of the spinal cord. Diagnosis of fibrocartilaginous embolism is based on specific clinical signs and an abnormal MRI; however, early in the condition, an MRI may show no visible changes. Unfortunately, a definitive diagnosis can only be made by performing a spinal cord biopsy after death.

Degenerative myelopathy. This is a condition where the spinal cord is slowly dying. It results in progressive paralysis that begins with the dog dragging its rear feet as it walks. This is called "knuckling over" and results in the toenails of the rear feet being worn because they drag the ground with each step. It progresses to weakness of the rear legs, then paralysis. It generally takes several weeks before paralysis occurs, and usually occurs in large breeds of dogs, especially German Shepherd Dogs. It is often referred to as "German Shepherd Dog Disease" or "Alsatian Disease." There is no treatment and ultimately causes loss of urine and bowel control. Diagnosis of degenerative myelopathy is based on clinical signs, breed and a normal myelogram. Confirmation requires a biopsy of the spinal cord at time of death (for further information on this disease, see the handout "Degenerative Myelopathy").

A normal myelogram in a dog with slowly progressive paralysis is very frustrating because the two most likely diseases, fibrocartilaginous embolism and degenerative myelopathy, cannot be confirmed without a necropsy (an autopsy on an animal).