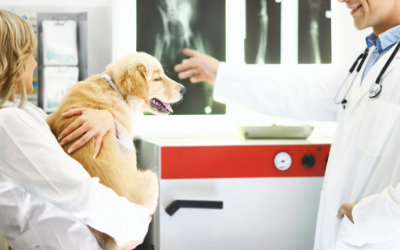 Although the most common way for a dog to become infected is by eating an infected crayfish, dogs can also be infected by eating other animals, such as rodents, that prey on crayfish.

Lung flukes can be found anywhere in North America but are more likely to be found near the Great Lakes and the Mississippi River drainage areas. This lung fluke is also found in other parts of the world, including China and Southeast Asia.

The usual symptoms of a lung fluke infection include intermittent coughing or difficulty breathing. If infected with a large number of flukes , a dog may cough up bloody mucus, or may develop pneumonia, pneumothorax (lung collapse due to air in the chest cavity outside of the lungs), or bronchiectasis (damage to the bronchioles of the lungs that leads to thickening, widening and scarring). Severely affected dogs may become weak and lethargic. With mild infections, there may be no symptoms at all.

A lung fluke infection is diagnosed by detecting eggs in a sample of feces or mucus coughed up from the lungs of an infected dog. A sample of material from the trachea and bronchi can also be analyzed through procedures called ‘transtracheal wash’ or ‘bronchoalveolar lavage’.

To detect eggs from the parasite, the sample must undergo special processing. If using a fecal sample, most veterinarians will submit suspect samples to a veterinary laboratory for a definitive diagnosis with a microscopic examination.

“X-rays are useful to determine how many cysts are present and where they are located.”

X-rays of the lungs from an infected dog will usually reveal white spots in the lung fields which are consistent with lung fluke cysts. X-rays are also useful to determine how many cysts are present and where they are located. On occasion, an asymptomatic dog will be diagnosed when X-rays are taken for other reasons.

A cough or difficulty breathing can be caused by many different ailments and treatment will depend on the cause. Diagnostic testing is necessary to differentiate the cause of a dog’s symptoms and to determine the appropriate treatment.

Although no commercial products are specifically labeled for the treatment of lung flukes in dogs, there are several antiparasitic drugs that are effective for treating this infection. Dogs can be treated with antiparasitic drugs such as praziquantel or Fenbendazole (Panacur™).

Most infections will be cleared after the appropriate treatment course is followed.

Can you catch lung flukes from your dog?

No. The only way that people can become infected is to eat raw crayfish that are contaminated with lung fluke cysts.