What is salmon poisoning? 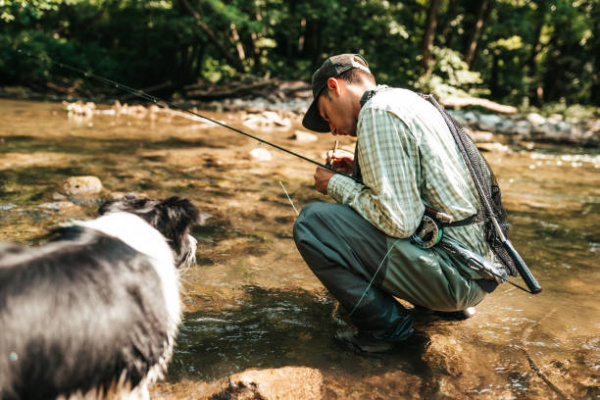 While salmon poisoning sounds like it is caused by a toxin, it actually involves a bacterial infection in dogs. This infection can occur when dogs eat raw or undercooked salmon, trout, steelhead, or Pacific Giant Salamanders infected with a fluke (parasitic flatworm) called Nanophyetus salmincola.This flatworm is generally harmless to dogs, unless it is infected with a bacteria called Neorickettsia helminthoeca. After eating raw fish/salamander, infected flukes embed in the dog’s intestines, allowing the bacteria to enter the blood stream. The bacteria spreads to various organs resulting in the signs of salmon poisoning.

What are the clinical signs of salmon poisoning?

Signs of salmon poisoning are typically seen within a week of the dog eating infected raw or under cooked fish or salamanders. Common signs include lack of appetite, vomiting, diarrhea (which may include blood), fever, weakness, enlarged lymph nodes, weight loss, discharge from the eyes or nose, increased respiratory rate, increased heart rate, muscle tremors and seizures. If the infection is not treated, most dogs will die within 2 weeks. Fortunately, treatment significantly improves the chances for survival.

How is salmon poisoning diagnosed?

The veterinarian may be suspicious of salmon poisoning when dogs in the Pacific Northwest develop the expected signs after eating raw fish/salamanders. Finding eggs of the fluke in the dog’s fecal (stool) sample helps to support the diagnosis. Although the fluke itself does not directly cause salmon poisoning, its presence in a dog showing typical signs is highly suggestive of salmon poisoning.

Blood work is often performed to evaluate hydration, blood cell counts and organ function. To confirm the diagnosis, a sample of the enlarged lymph nodes may be obtained using a needle. Bacteria may be seen microscopically within the cells of the lymph node. A special test, called PCR, may be used to directly detect DNA of the bacteria in the lymph node.

How is salmon poisoning treated?

Antibiotics to control the bacterial infection and medications to kill the flukes are the mainstays of treatment. Dogs with severe signs may require hospitalized care including intravenous fluids, anti-nausea medications, anti-diarrheal medications, or even blood transfusions.

What is the prognosis for salmon poisoning?

How can salmon poisoning be prevented?