Why Hispanic Heritage Matters in the Veterinary Industry

By Dr. Carlos Campos DVM
"I used to always tell my grandfather that I was going to have a hospital big enough to be able to take care of all the animals in the streets." 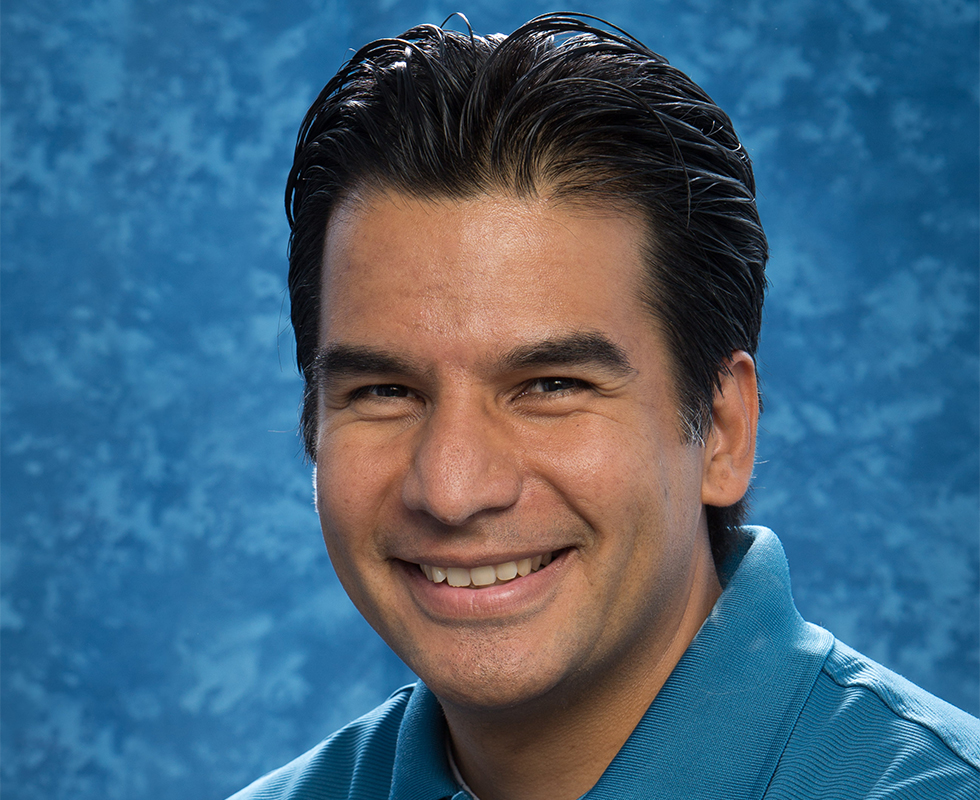 I am originally from Guatemala City, Guatemala. My dream of being a veterinarian started when I was five years old. I was always looking for animals to bring back home, but my mother would not allow me to keep most of them.

I had many dogs in my childhood that we rescued from the streets.  We had a great veterinarian that I looked up to (Alfredo Viau) at Super Pet. I used to always tell my grandfather that I was going to have a hospital big enough to be able to take care of all the animals in the streets.

We lived a very normal life similar to many, but things were changing very rapidly in Guatemala as I was growing up. The ‘80s were a time of unrest, chaos and insecurity. There were three different military coup d’etats because the military disagreed with the government. There were bombings of government buildings and many other atrocities. My father was working for the University in Guatemala and his boss was kidnapped and later found dead. A week later, my father was kidnapped but thankfully released. This was my father's cue to get out of the country. He left for the United States within a few weeks.

After a few years of being separated, we were finally able to follow my father here in 1988. Guatemala had become unsafe. I was robbed of my bike at knife point. Everyone was afraid of going outside, especially at night.

I was 14 years old when I moved to the United States, and I knew very little English. We moved to Miami Beach where my parents, brothers and I lived in a one bedroom apartment. We started school in the middle of the school year. Both of my parents worked, so it was up to us to pick up my younger brother and care for him until my parents came home. I had to grow up very fast and mature very quickly.

My grades were not great because I was trying to learn the language as quickly as I could, but it was not fast enough. At the close of that school year, we moved to the north part of Miami because my parents did not want us to attend that school anymore. There had been shots fired multiple times and two school-wide fights that almost resulted in the school being shut down.

The new school had some wonderful teachers who helped me to excel. I was able to turn my grades around and continued working very hard toward going to the university to keep on the path to becoming a veterinarian. I was able to graduate in the top 10 percent of my class and was the vice president of the student council.

I started working as a kennel assistant while preparing to attend university. I was accepted to Florida State University, where I triple majored and graduated in 4 years. I triple majored because after being in school for three years I applied the first time to veterinary school and was not accepted. I was told that I had to get more experience. I volunteered for a small animal practitioner and a mixed animal practitioner while I was finishing up my other two degrees. I reapplied, but was waitlisted and told to get even more experience.

I graduated from FSU and worked for the mixed animal practitioner until it was time to reapply. I was finally accepted, and went on to the University of Florida where I graduated with my DVM in 2002.

But that is not the whole story. I ended up having to repeat my first year.  I had been the president of my class and president elect of the Student Chapter of the AVMA, positions which I decided to step down from to focus on my studies. I was still involved organizing different things and helping as much as I could. I figured I came here to become a veterinarian and needed to focus on that goal. I learned and tracked both rural animal and small animal medicine. Although school prepared me in all the different facets of medicine, I was not prepared for what was in store for me.

After graduation, I got a job in New Port Richey, Florida. This is where my life as a veterinarian began. I became president of the local veterinary association which allowed me to meet most of the local practitioners. I also joined the Advisory Board for Pasco County Animal Services, for which I am chairman now.

When I graduated, I knew that I wanted to become an owner or part owner and talked to my prospective employers from the get-go and made sure they were agreeable to give me a chance after proving myself.

This is where being a jack of all trades started to pay off. I made myself an invaluable part of the business by upgrading their entire computer system and servers to Windows in order to start utilizing the computers as more than just a cash register.  I became the go-to- person when it came to technology.  I also became the primary veterinarian for one of the satellite hospitals within six months of graduating. While working at the satellite, I had to do maintenance jobs like fixing sinks and troubleshooting equipment to keep the practice running smoothly.  This allowed me to leverage my skills into a partnership only a year and a half after graduating.

Once I became a partner in January of 2004, I upgraded our computer systems again so that we could eventually make the conversion to electronic medical records. I worked closely with our practice managers and learned all the aspects of managing human relations and analyzing financial reports.  I developed and implemented the websites for all three locations, helped implement an online pharmacy and started what was at that time  new – our social presence on Facebook, MySpace and Twitter. While I was a partner, the company grew to 11 doctors, 65 employees and almost five million dollars in income.

I stayed with that company until 2009, which is when I felt my talents and skills were no longer being appreciated and therefore not compensated. I sold my share of the business to the other partners and decided to go work with a friend on a part-time basis which allowed me to spend more time with my family.

In late 2009, I decided it was time to venture out on my own. I converted an old house outside of my non-compete radius and started San Francis Veterinary Hospital. We opened our doors in early 2010 with a receptionist and a technician. The hospital quickly took off.  I met my three year goals within six months, and my five year goals within a year. This allowed me to add more staff members and doctors. The practice grew extremely rapidly, and I had to make modifications to the floor plan three times while looking for a larger home for the hospital.

In November of 2014, we finally moved to a larger location. With a team of six doctors and 40 support staff members, we are one of the largest animal hospitals in our county.  In the meantime, I had to make multiple decisions to slow down the growth as to not become overwhelmed. We continued to be at the forefront of technology and medicine in our area. Part of this growth has to do with the access that clients have to our services in their native language. We were the only hospital in the area that had bilingual doctors and staff.  It is amazing how emotional clients become when they can actually tell you what is wrong with their furry friends in their native language.

Throughout our growth, I made sure we were inclusive, giving a chance to everyone. Our team continued to grow and in 2017 we had seven doctors and 45 employees, becoming the largest hospital in our tri-county area. We had French, German and Spanish speakers. We also had all different generations represented. It was at this point that my family and I made the decision to join the MARS family. We wanted our employees, which are like family to us, to have the ability to become part of a larger corporation that would give them access to more opportunity to grow. We also wanted them to have better benefits.

The transition to PetPartners was finalized in October of 2017. We became part of the family right away. I stayed on as a medical director and was asked to become an area medical director the following year. I was able to continue to do what I love, which is to practice medicine. At the same time, I was afforded the ability to help others grow as leaders and doctors.

Earlier this year, PetPartners became part of the VCA family which continues to support our initiatives of inclusion and diversity. We are proud to continue to support our local, diverse community. Currently, we have staff who can speak French, Spanish and Arabic.

Earlier this year, I was recruited by some amazing students who were interested in starting the LatinX Veterinary Association. We have worked together, and last month we applied to become a non-profit organization. There is much work to be done and many initiatives to carry forward.

Throughout my career, I have always felt the need to have to prove myself. Interactions with clients were especially hard early on in my career. My heavy accent made it difficult for some clients to understand what I was trying to tell them. It made me very self-conscious. I had to develop different strategies of communication as a coping mechanism. I use parables and jokes, and I repeat myself multiple times.

My interactions with other associates was very limited since I became an owner so early in my career. Life outside of the practice was and has been different. Regardless of the success in my professional life, interactions with some were still difficult. Going into stores and being followed. Going to make large purchases like a vehicle and not have a sales attendant greet you or even acknowledge your presence. Obviously, those companies did not benefit from my patronage but that's a story for another day.

“"We (VCA San Francis) are proud to continue to support our local, diverse community. Currently, we have staff who can speak French, Spanish and Arabic."” 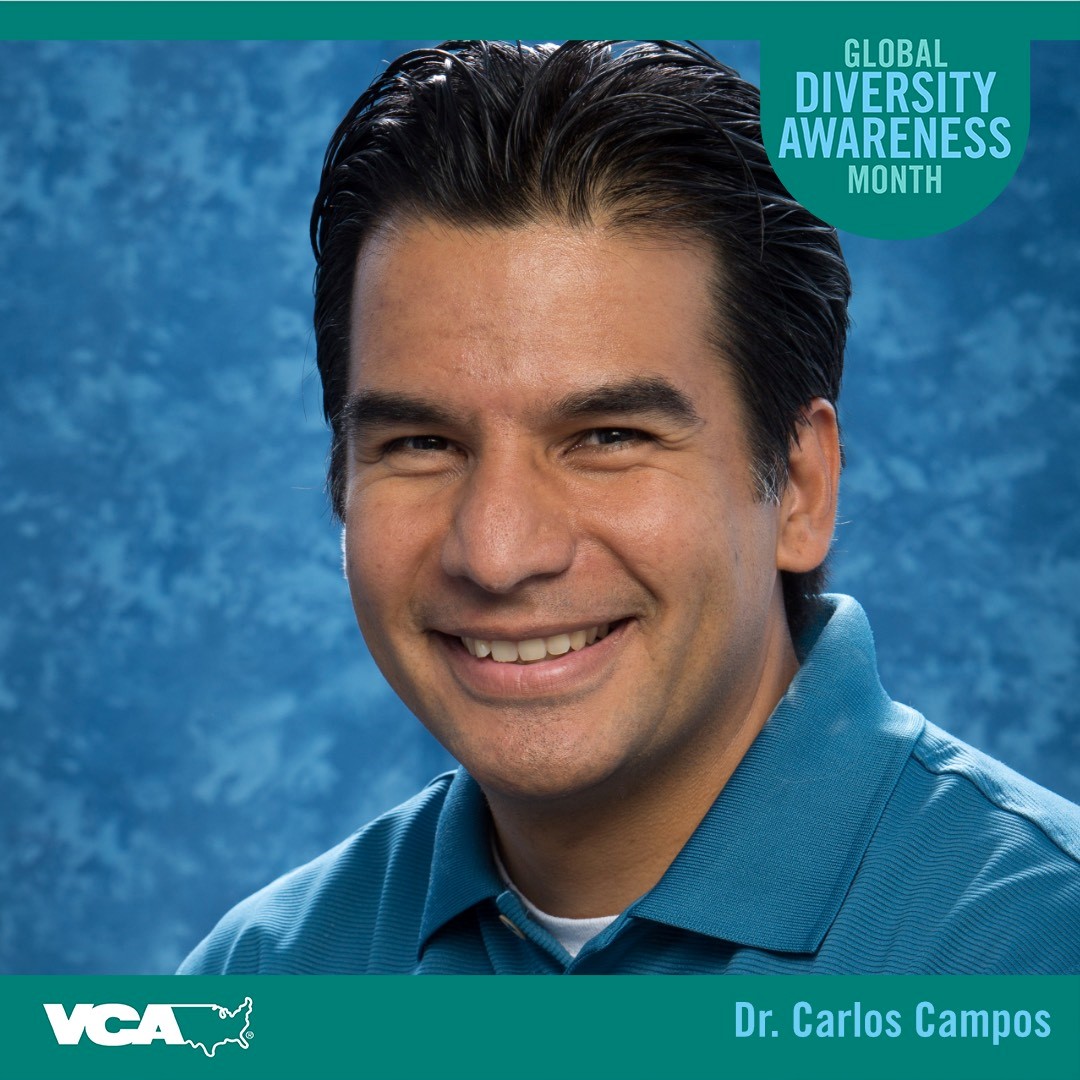