A Shelter in Need Finds Extra Help After Historic Flooding

The VCA Naper Ridge team travels to Kentucky to help people and animals impacted by the natural disaster in August. 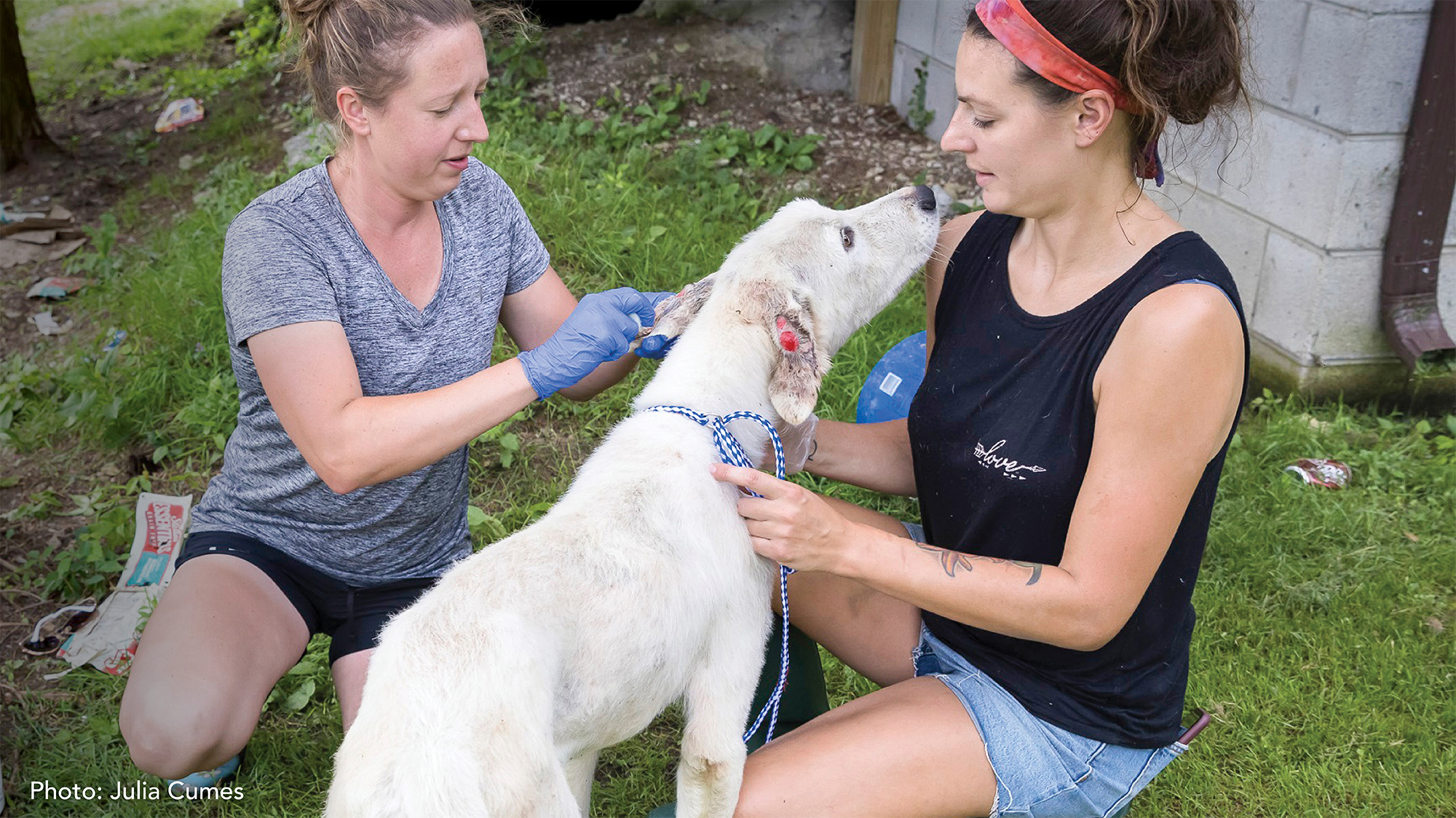 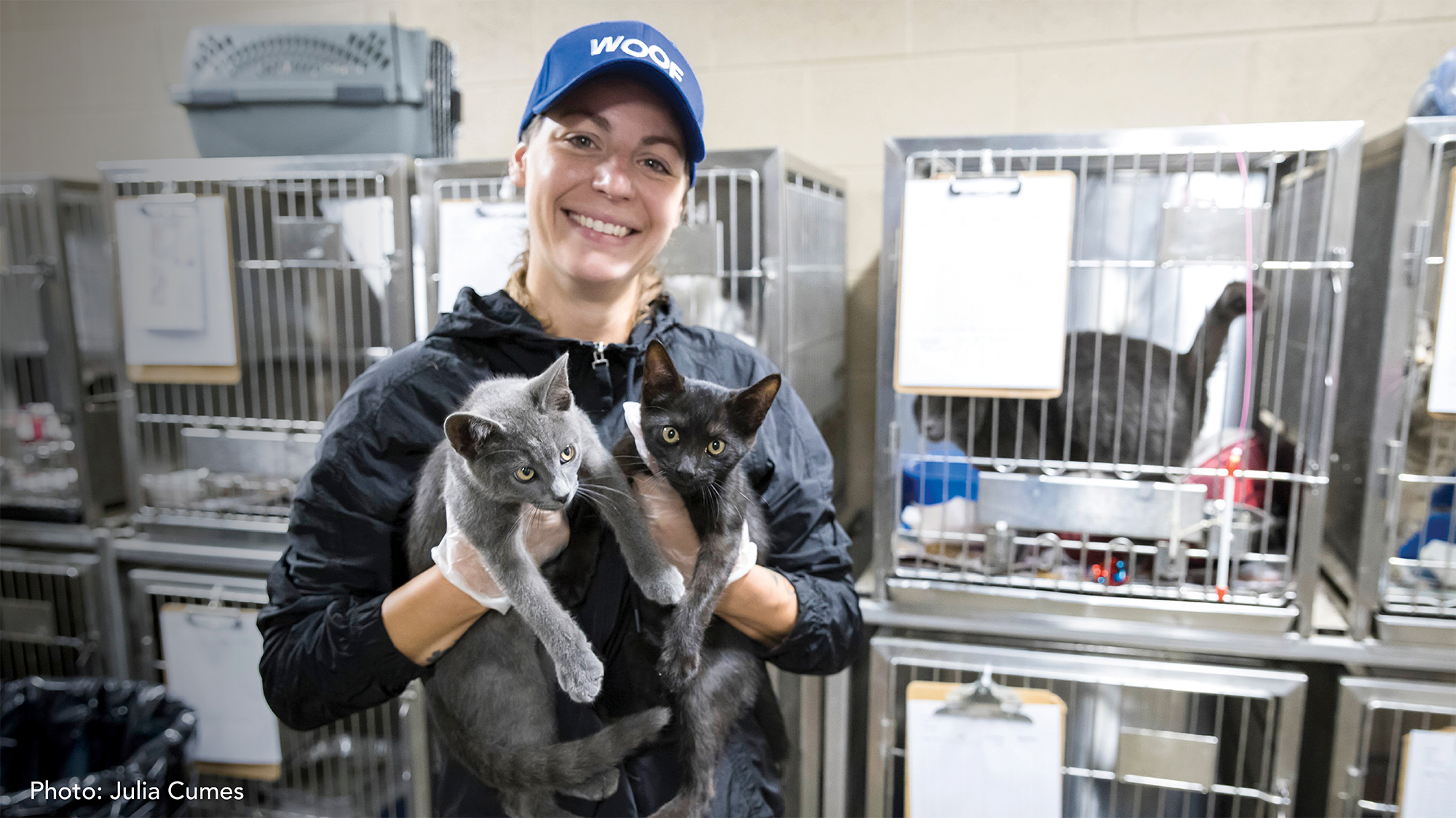 On any given day, the Kentucky River Regional Animal Shelter (KRRAS) is home to roughly 200 animals, serving five counties in the state. This area has limited resources to care for the animals and relies on other organizations such as the Starfish Animal Rescue of Illinois for assistance.

VCA Naper Ridge Animal Hospital partners with Starfish Animal Rescue to help animals in need, with staff members fostering the animals, helping with transportation, and assisting with other needs.

When KRRAS was under duress due to historic flooding in the region this August, members of the VCA Naper Ridge Animal Hospital team went into action.

Hospital Manager Alicia Jepsen and two of her associates pivoted the purpose of a previously planned visit to the region. Veterinary Assistants April Mulcahy and Kelsey Ryan joined Jepsen for the seven-hour trip to Kentucky, helping to ease the distress from the flooding.

"Working with the KRRAS is an important part of the Starfish Animal Rescue," says Director Margie Swift, who has worked with VCA Naper Ridge for years. Starfish helps place more than 3,000 animals a year, including housing 400 in their own facilities. Partnerships with animal hospitals like VCA Naper Ridge help the animal rescue to do its work.

“We’re here to help. We’re going to do what we need to do to get these animals where they need to be,” Swift says.

Starfish’s partnership with VCA Naper Ridge has been a huge asset to both Starfish Animal Rescue and the KRRAS.

“We’ve never had a relationship with a clinic like this. This is just above and beyond,” Swift says of the staff members quick response to the crisis in Kentucky.

Once they arrived in Kentucky, the team spent three days driving to different locations getting supplies to people who were not able to take it to the location centers. They also spent time at the shelter cleaning and caring for the animals housed there.

“We did some temperament testing with the dogs there, which is helpful to Starfish Animal Rescue for when the time comes to pull them,” Mulcahy says. “We assisted flood victims that were coming to shelters in need of food and other items.”

One duo in particular made an impression on the team.

A local hotel allowed guests to keep their animals with them, including an older man and his dog, Rascal. The man had lost almost everything, but was grateful for a bed and food for Rascal, Ryan says. 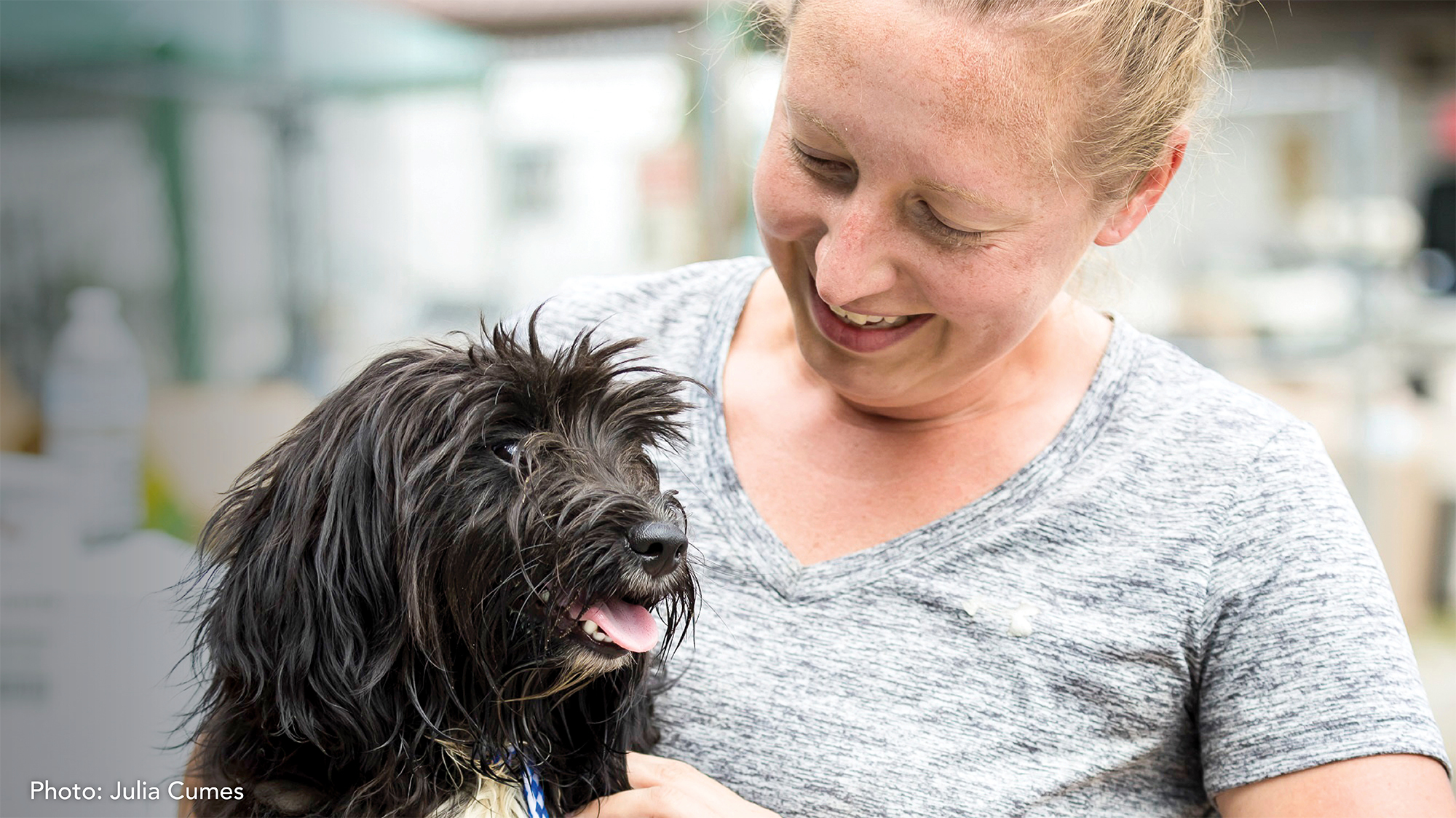 “VCA is dedicated to making a better world for pets. That is exactly what we are trying to do for the pets in the shelter. The animals coming into the shelter were scared, hungry, and confused. We were there to care for them, feed them, and try to make them comfortable”

“You could just see the love and connection between the two of them,” she says. “They were each all the other one needed to be happy. It was pretty simple, but it made us all feel good and really stuck with us.”

In addition to helping Rascal and his owner, the team worked with animals that were in pain from sores and wounds, applying ointment and helping with treatments for ectoparasites.

The team saw the devastation from the flooding firsthand.

“People lost everything and were living in tents on their property,” Jepsen says. “We saw cars wrapped around trees, houses completely washed away, and debris everywhere.”

Concerns for the animals as well as the people in the area drew the team to take this special visit to help the community.

“We all foster and volunteer for Starfish Animal Rescue. Helping animals in need is very important to us,” Jepsen says. “Most of those people don’t have a lot to begin with, so we felt awful about what the community was going through. We were concerned for the animals and people alike and just wanted to do whatever we could to help.”

Working with Starfish Animal Rescue and the Kentucky River Regional Animal Shelter is part of the culture of VCA Naper Ridge Animal Hospital.

“VCA is dedicated to making a better world for pets. That is exactly what we are trying to do for the pets in the shelter. The animals coming into the shelter were scared, hungry, and confused. We were there to care for them, feed them, and try to make them comfortable” Jepsen says.

Jepsen says while she and her team are helping make the world better for the animals and people in Kentucky, as well as Illinois, others can help by spaying and neutering their pets wherever they live. When animals are not spayed or neutered, the population increases and it puts more pressure on shelters everywhere, especially in places like Kentucky where resources can be scarce.

The team at VCA Naper Ridge Animal Hospital is grateful they were able to help in Kentucky and see the other volunteers and community members who also came to help. They are setting up another visit for spring 2023 to bring more supplies to the shelter and the area.

When you donate to VCA Charities, your dollars support local pet owners in need. Visit our website to learn more! 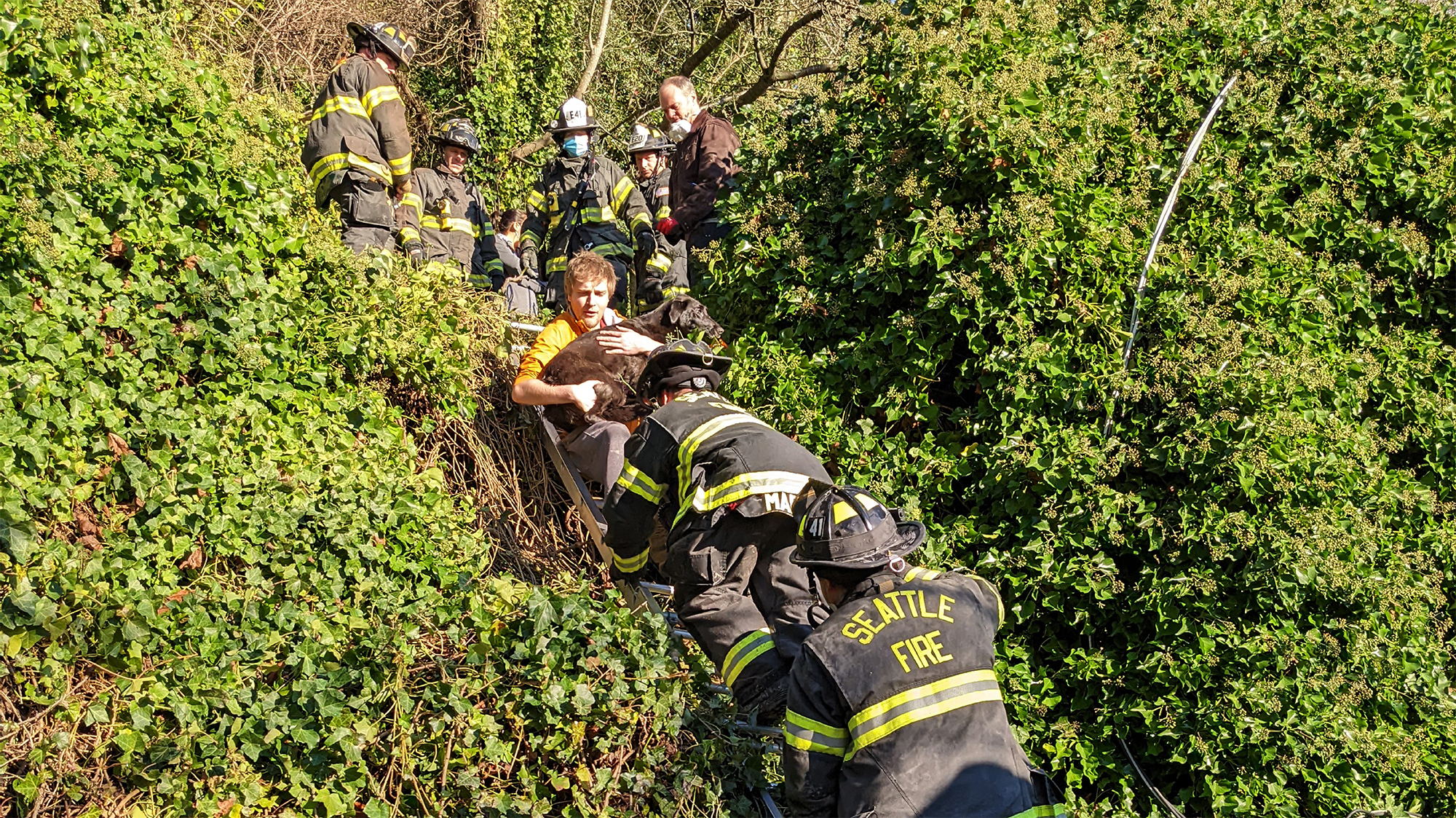 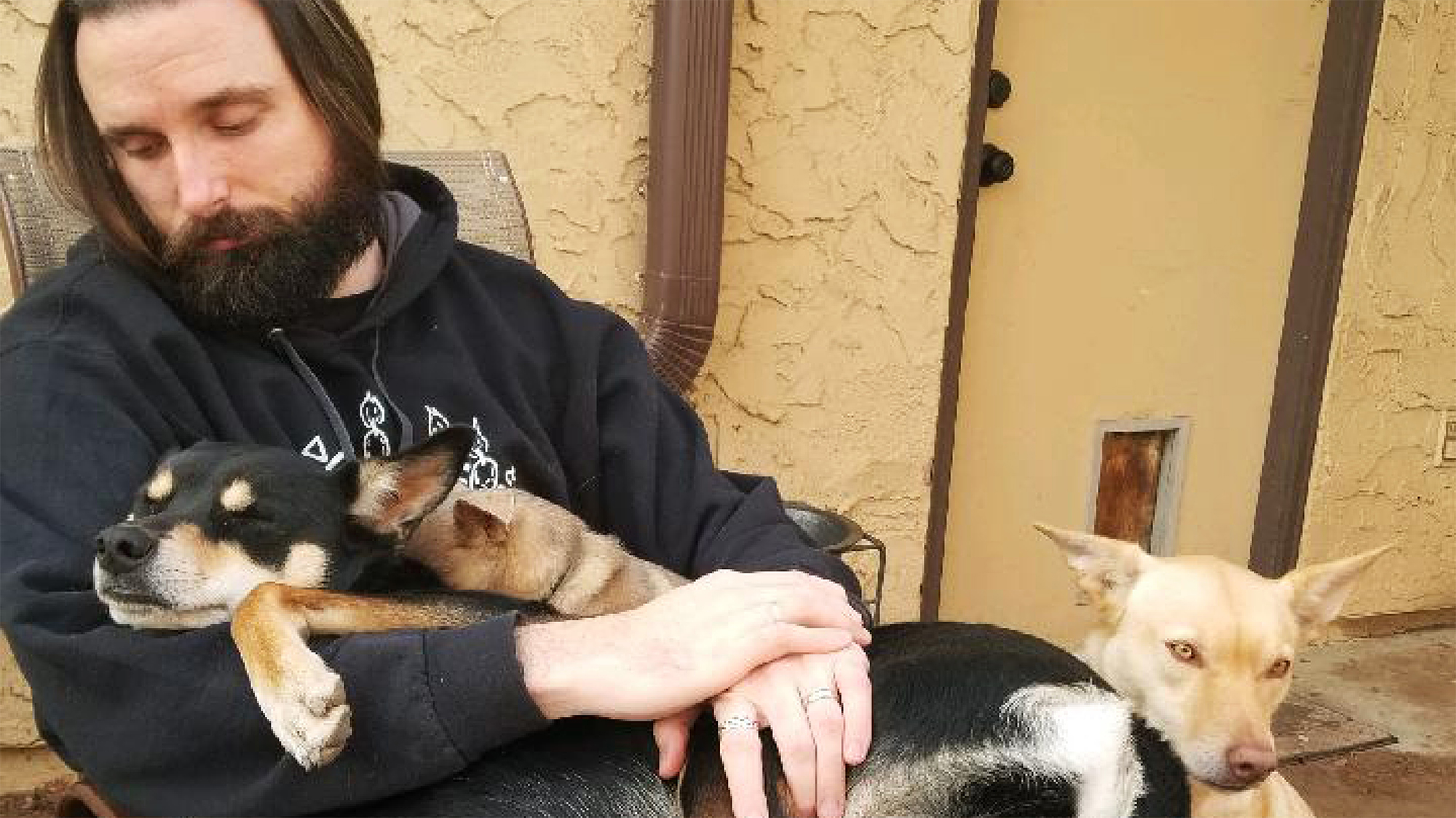 Social Responsibility
Compassion in the Face of Disaster 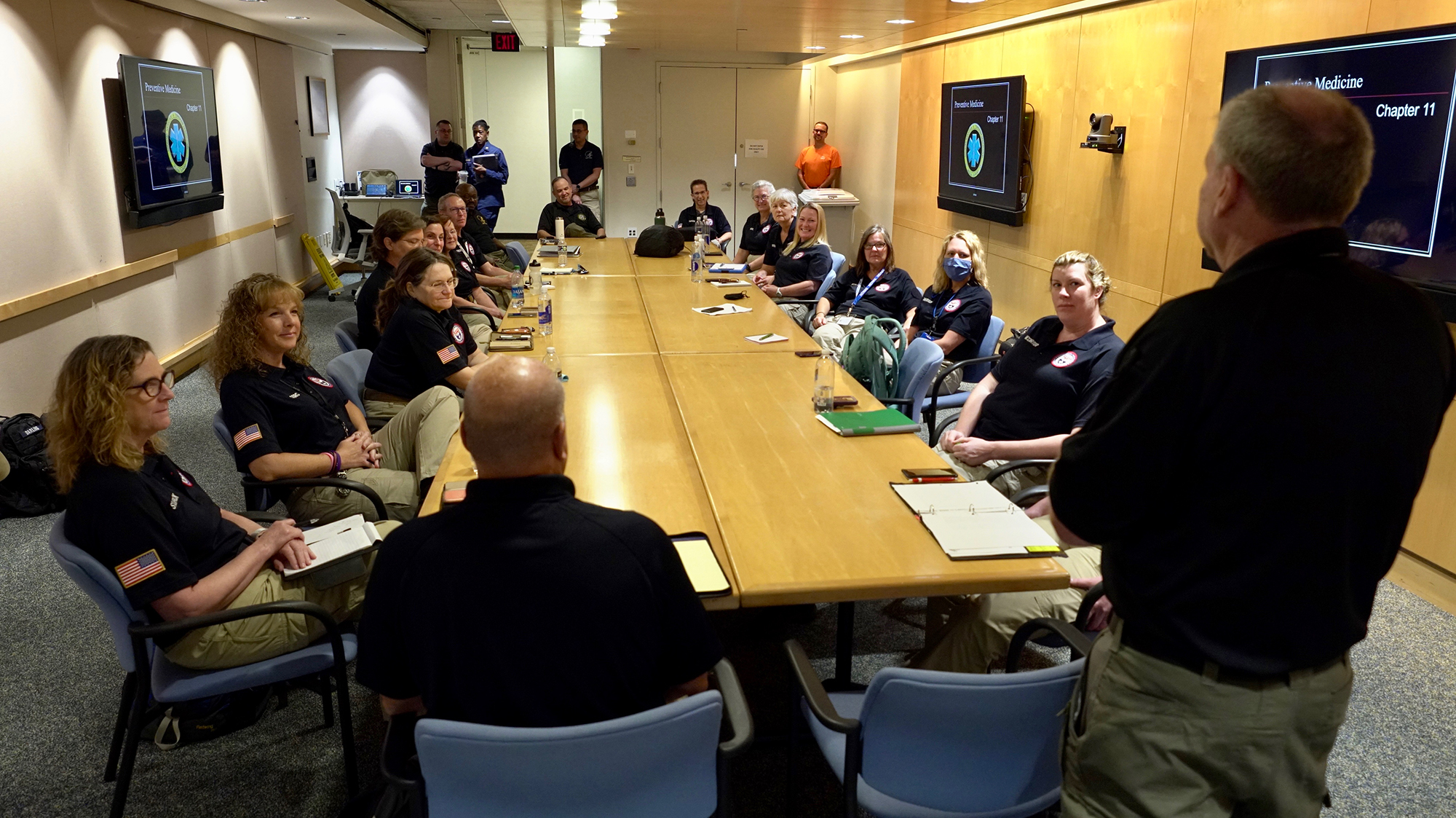 Social Responsibility
Preparedness Isn't Just for Us, But for Our Pets Too