Dr. Richard and Julie Seidman created Taveuni Animal Lovers to save the animal population on their local Fijian island. 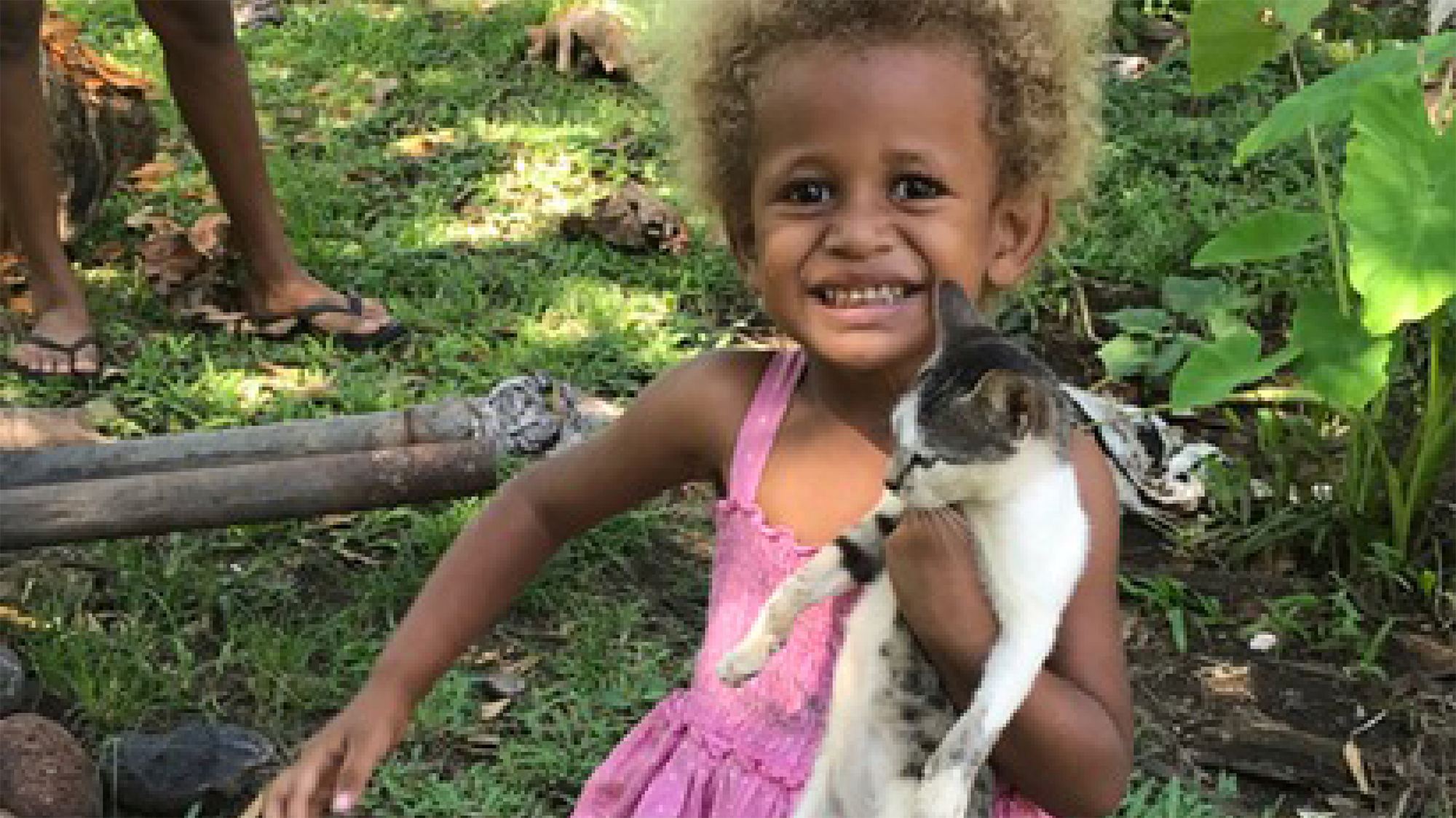 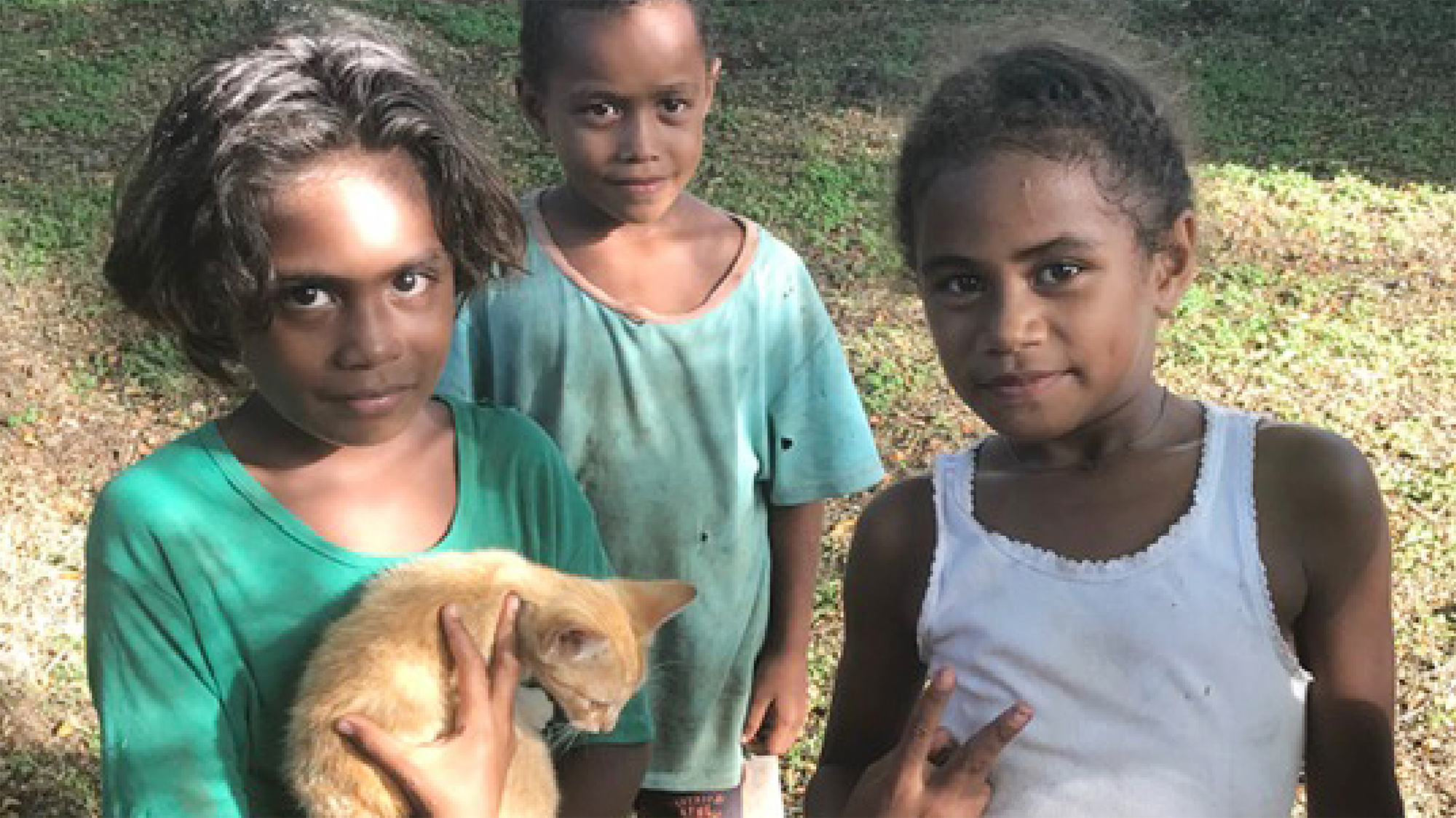 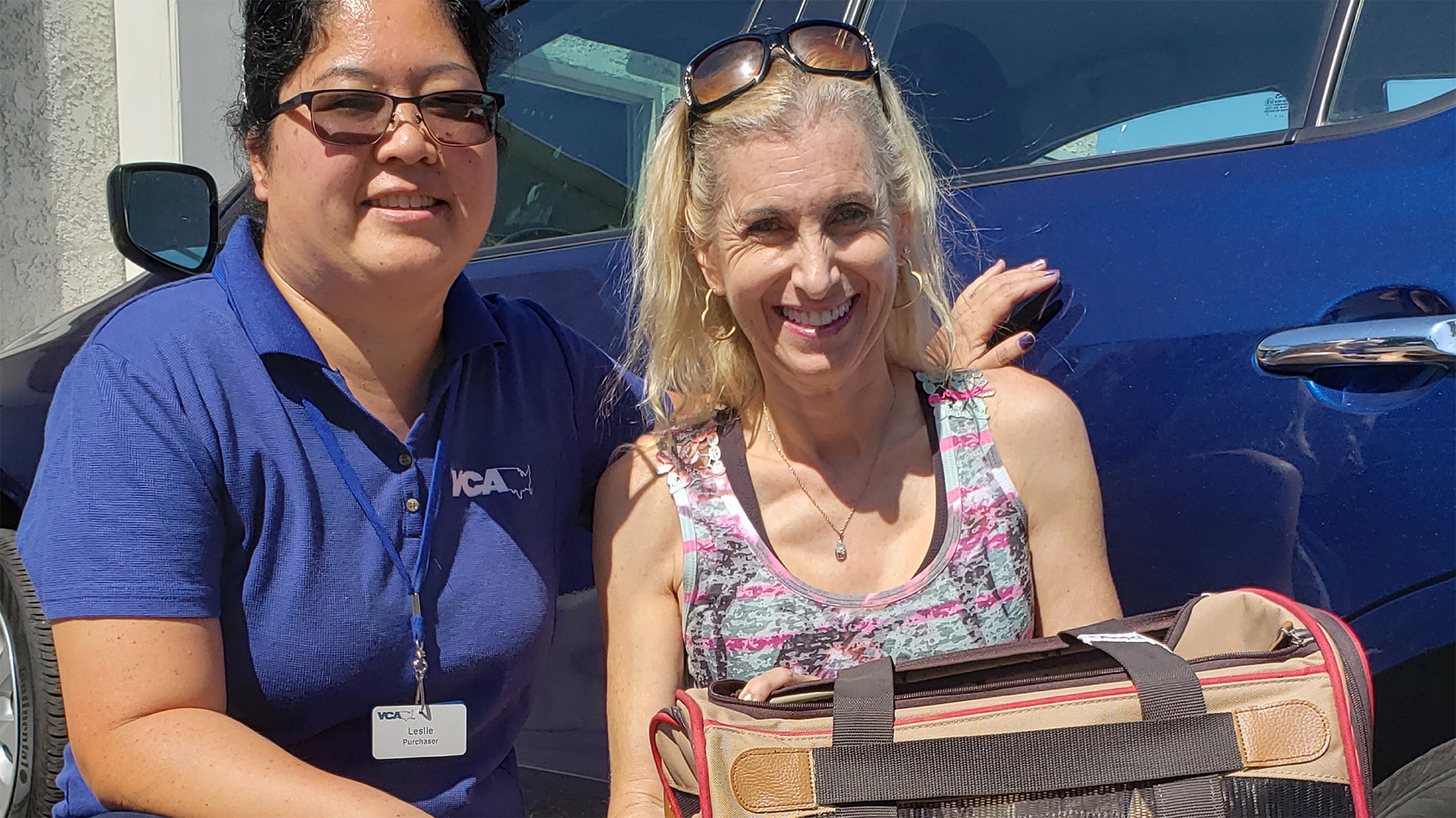 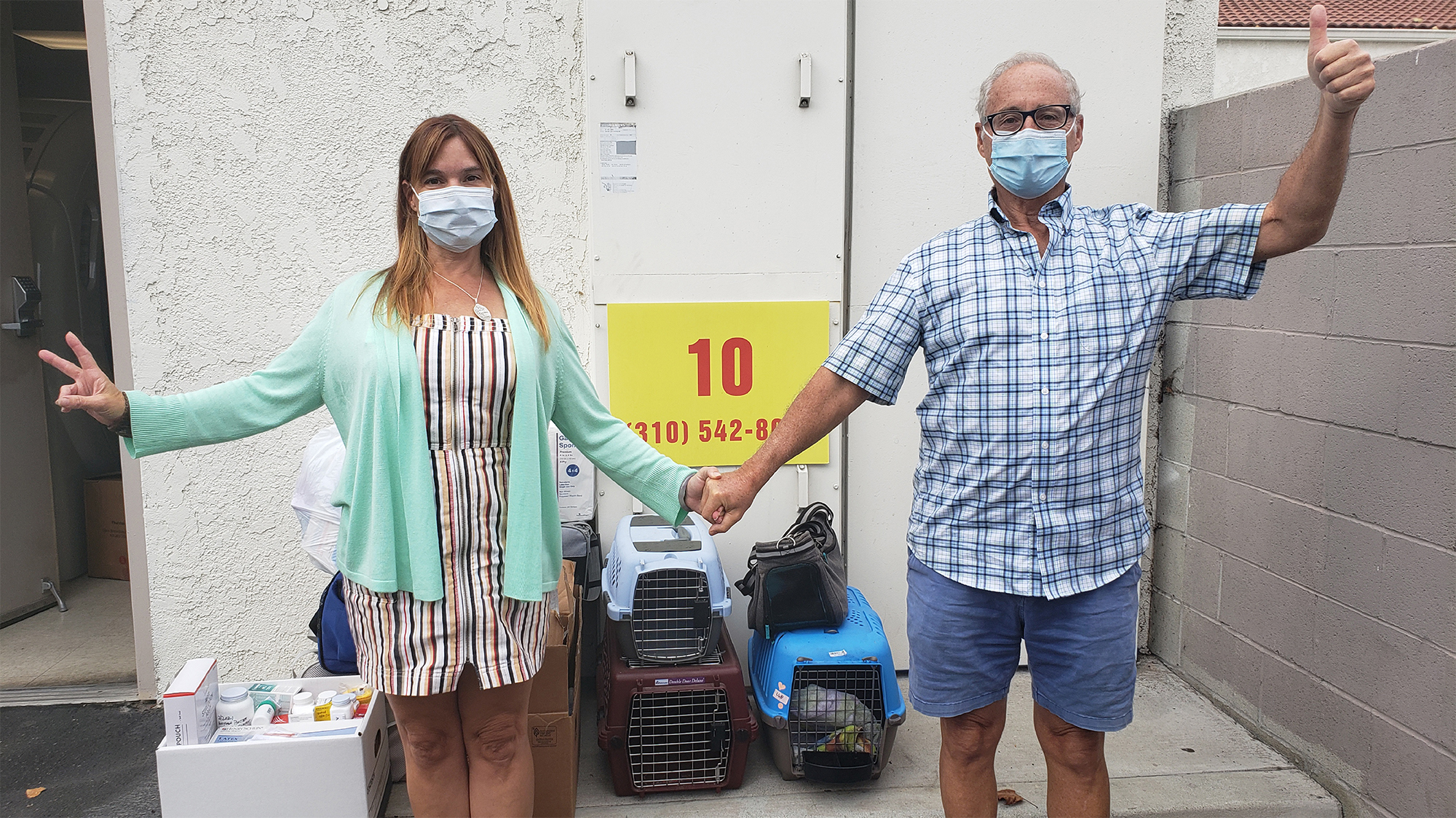 In the U.S., the ratio of veterinarians is approximately 1 per 2,700 Americans. In Taveuni, Fiji’s third-largest island, there is no vet for the 20,000 Fijians. Because of this, alongside an animal overpopulation, poverty, and a lack of education, it’s been customary for female dogs to be drowned or otherwise killed at birth.

When Julie Seidman, an animal activist, and her husband Dr. Richard Seidman, a cardiologist and underwater photographer, decided to move to Taveuni from the South Bay area of Los Angeles, they noticed this problem.

“It was only after we got here that we discovered this huge void [in animal care] and unhealthy animal population,” says Dr. Seidman. “And she [Julie] said, ‘This is a problem and we're on a small enough island that we can do this, but we have to take baby steps.”

Taveuni Animal Lovers, a 501c3 charity organization, was then created to both educate the local population and to support veterinary missions to spay and neuter animals.

“When I first introduced spay and neutering, they [Fijians] looked at me like I had three eyeballs on my face; they had never heard of such a ridiculous thing,” says Julie Seidman. “They eventually saw the benefits and now there's a huge demand… Education is involved in all of this – we’re real big on that. What you and I take for granted is an entirely new concept for the villagers here.”

As COVID prevented the organization from doing their work for two years, they noticed a dramatic increase in the wild and stray animals. Fortunately, they are starting to ramp back up, both with education and their clinics. There are 26 villages around the island, and the organization typically goes from village to village running their clinics with a team of volunteer veterinarians. These volunteers pay their way to Fiji, and then the charity provides housing and meals. “I'm happy to say that over the last eight years, we've managed to change the culture and educate the people, and have been offering them these free veterinary spay and neuter clinics.”

In addition to the spay and neuter services, they focus on teaching kids about animal care. “Because that's where it starts, as far as educating them that a dog and a cat need water on a daily basis, and you don't pick it up by one leg,” says Dr. Seidman. “And they have gotten it. So we've gone to the kindergarteners, first graders, and second graders, and we're working our way up.”

“I'm happy to say that over the last eight years, we've managed to change the culture and educate the people, and have been offering them these free veterinary spay and neuter clinics,” says Julie Seidman.

As they have to ship everything required for clinics into the island, expenses are high for Taveuni Animal Lovers, and the Seidmans don’t take any administrative charges. All donations go directly to the charity.

“Everything we get to operate the charity is unfortunately costly, and it's difficult to get in because it has to be shipped in,” says Dr. Seidman.

While monetary donations are welcomed, Taveuni Animal Lovers also accept donations of supplies. VCA Advanced Veterinary Care Center in Lawndale, CA has partnered with the organization for four years, donating medical supplies such as medications, carriers, bandaging and surgery materials, etc. that would be useful to the charity.

“It's super basic stuff, they do not have water bowls and leashes, things that we take for granted, and pet carriers to be used for recovery after surgery,” says Teri Fisher, Referral and Marketing Manager for AVCC. “It is a great cause... I’m keeping my fingers crossed that I will be able to go volunteer in 2023.”

During the clinics, they average spaying between 10 and 15 animals a day, focusing on females as that has the greater impact. Dr. Seidman estimates that every 100 spays could translate from 4,000 up to 5,000 less unwanted births every year. Conservatively, they estimate their more than 800 spays have reduced the number of unwanted births by 75,000.

“You always wonder [when donating], ‘is the money really going to a good thing?’ and I can say it definitely is,” says Fisher. “I think they [the Seidmans] are two just wonderful people who have the best intentions and have given up a lot personally to go over there to try to help these people and the pets.”

Click here to learn more and make a donation to Taveuni Animal Lovers. 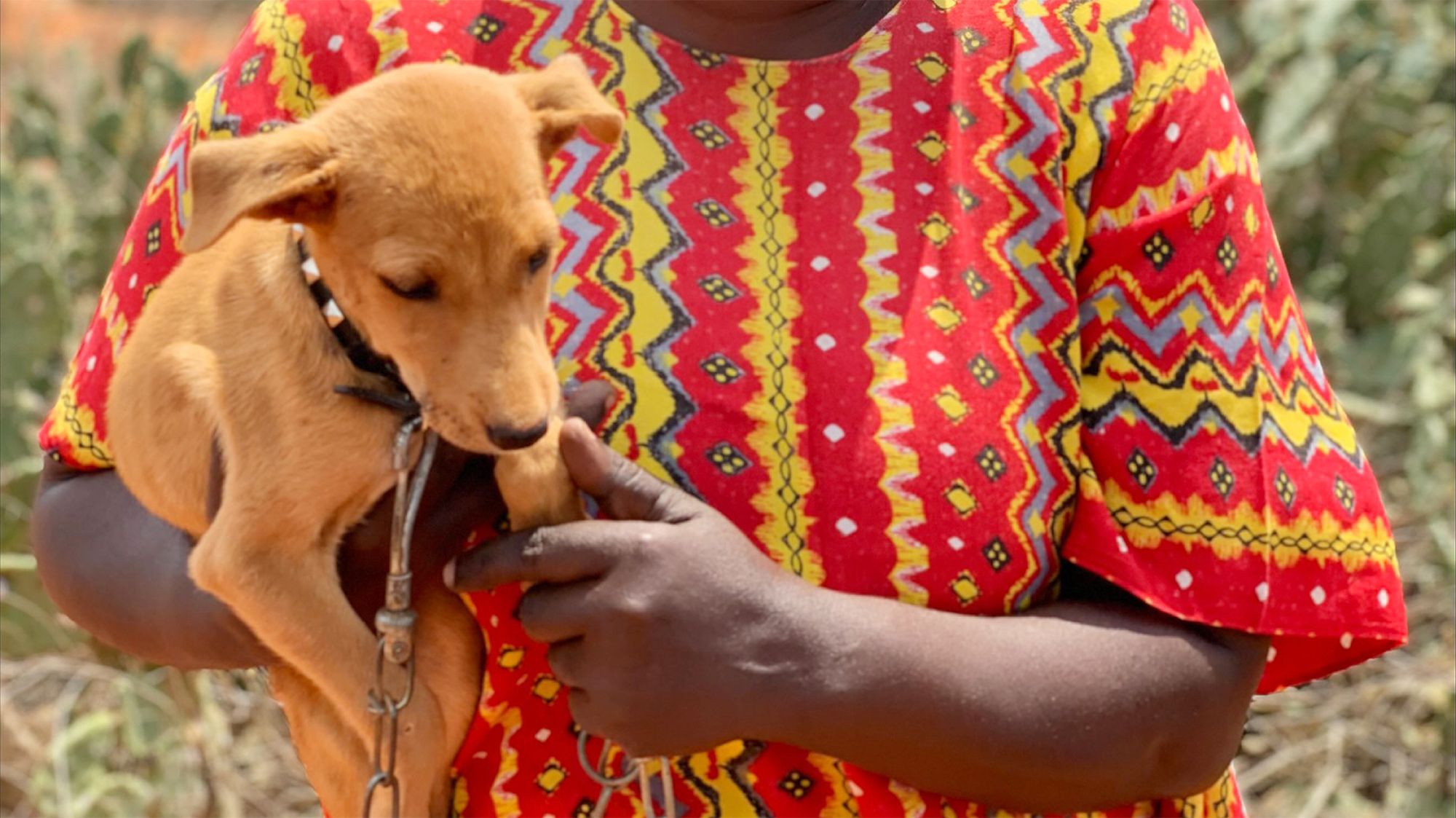