The Gift of More Time 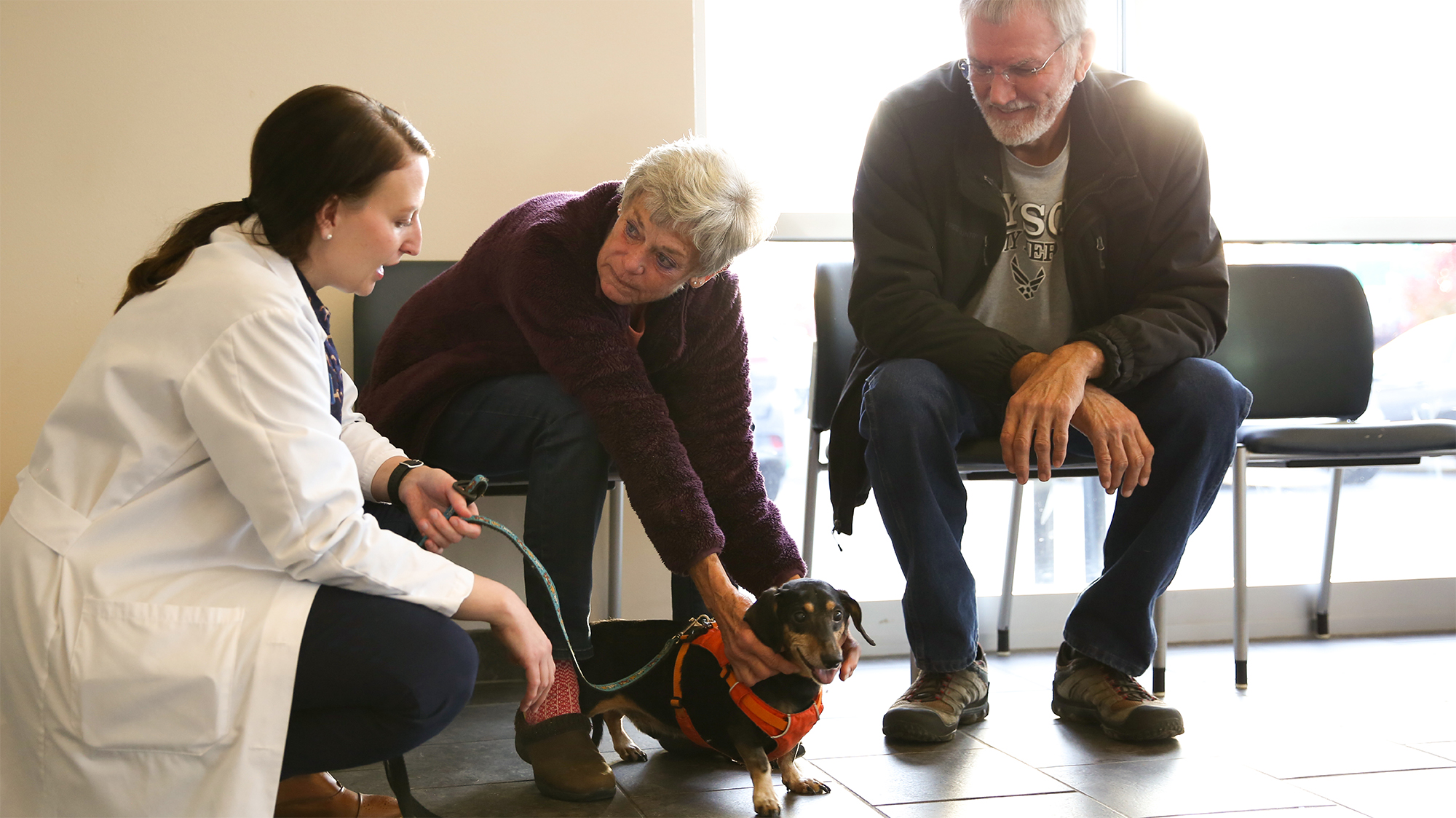 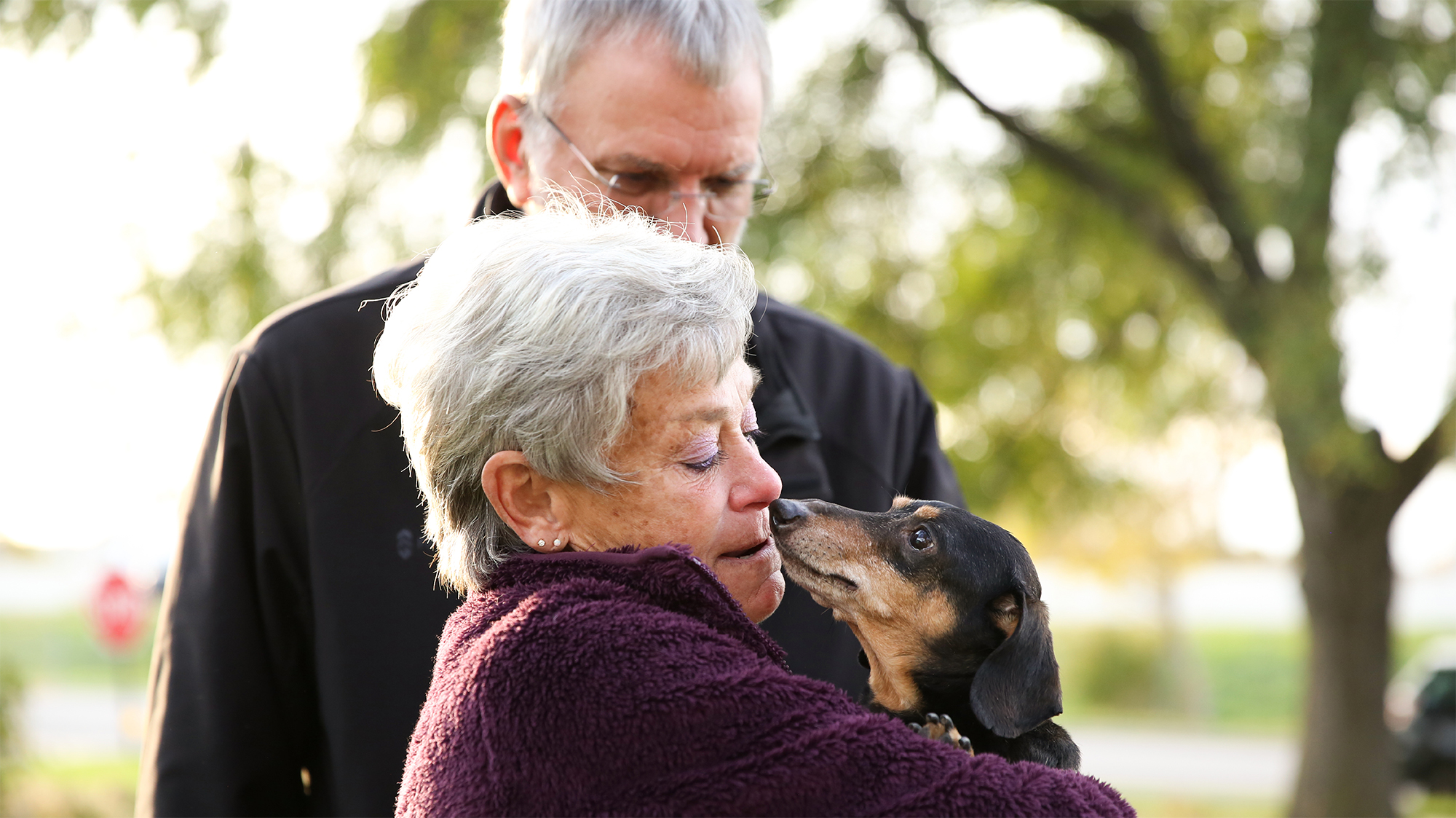 Willy, an 11 year-old, larger-than-his-body Dachshund, is a regular visitor to VCA Veterinary Emergency Service & Veterinary Specialty Center in Madison, WI. To meet him, you’d never know he’s had multiple occurrences of cancer and all of the surgeries and treatments that come with it. It’s a testament not only to his remarkable spirit, but the expert, loving care he’s receiving at VCA Madison.

Like many people who have a special bond with their pets, Terry Malekovic has a sweet story about the first time she met Willy.

“He kind of picked me out of the litter. I picked him up and he crawled into my sweatshirt and that was it,” remembers Terry. “It was love at first sight.”

Terry and her partner Joe describe Willy as a perpetually happy dog who loves people – especially children – and gets along well with other animals. Terry says he charms everyone he meets. He has been an important source of support for her over the years.

“He's usually got a really good attitude and he keeps me going,” says Terry.” I've had some major losses in the last eight years, and he's kept me going.”

It didn’t take long for Willy to win over Associates at VCA Madison with his big personality.

“We could tell right away just how much Terry loved Willy and how important he is to her,” adds Dr. Sommer. “We bonded right away over her love for him, and she knew we were going to do everything we could to help him.”

“We don’t just talk about the most aggressive treatments for cancer, but also palliative care. That's the biggest priority for us – finding a solution that will help the pet continue to live comfortably.”

“Every time Willy comes to see us, he gives us another hurdle,” says Liz. “And each time, Willy turns around. He's like, ‘Look, I'm fine.’”

Dr. Sommer has been pleasantly surprised with how well Willy has handled treatment, especially since he is a senior dog.

“He has barely felt sick at all from his cancer, which is quite amazing,” says Dr. Sommer. “Despite his age, he never really acts like he has cancer.”

Willy has been living with cancer for over two years now. Terry and Joe report that although he has the occasional down day, Willy has rebounded nicely from surgeries and treatment, is active, and seems very comfortable. They feel truly fortunate that the treatment has been able to extend their time with their very special dog. It’s the reason Associates like Liz chose to work in veterinary oncology.
“I do this just simply for one reason: so I can give owners more time with their pets,” says Liz.

Many serious diseases and conditions are now possible to treat, which results in pets living their best lives, longer. Dr. Sommer recommends a consult with a veterinary oncologist to anyone who has received a cancer diagnosis for their pet, even if the client isn’t in favor of treatment.

“We don’t just talk about the most aggressive treatments for cancer, but also palliative care,” she says. “That's the biggest priority for us – finding a solution that will help the pet continue to live comfortably.”

We invite you to visit the website of your closest specialty hospital. You can read about the specialists and teams of people who are always there for you and your pet should the need arise. 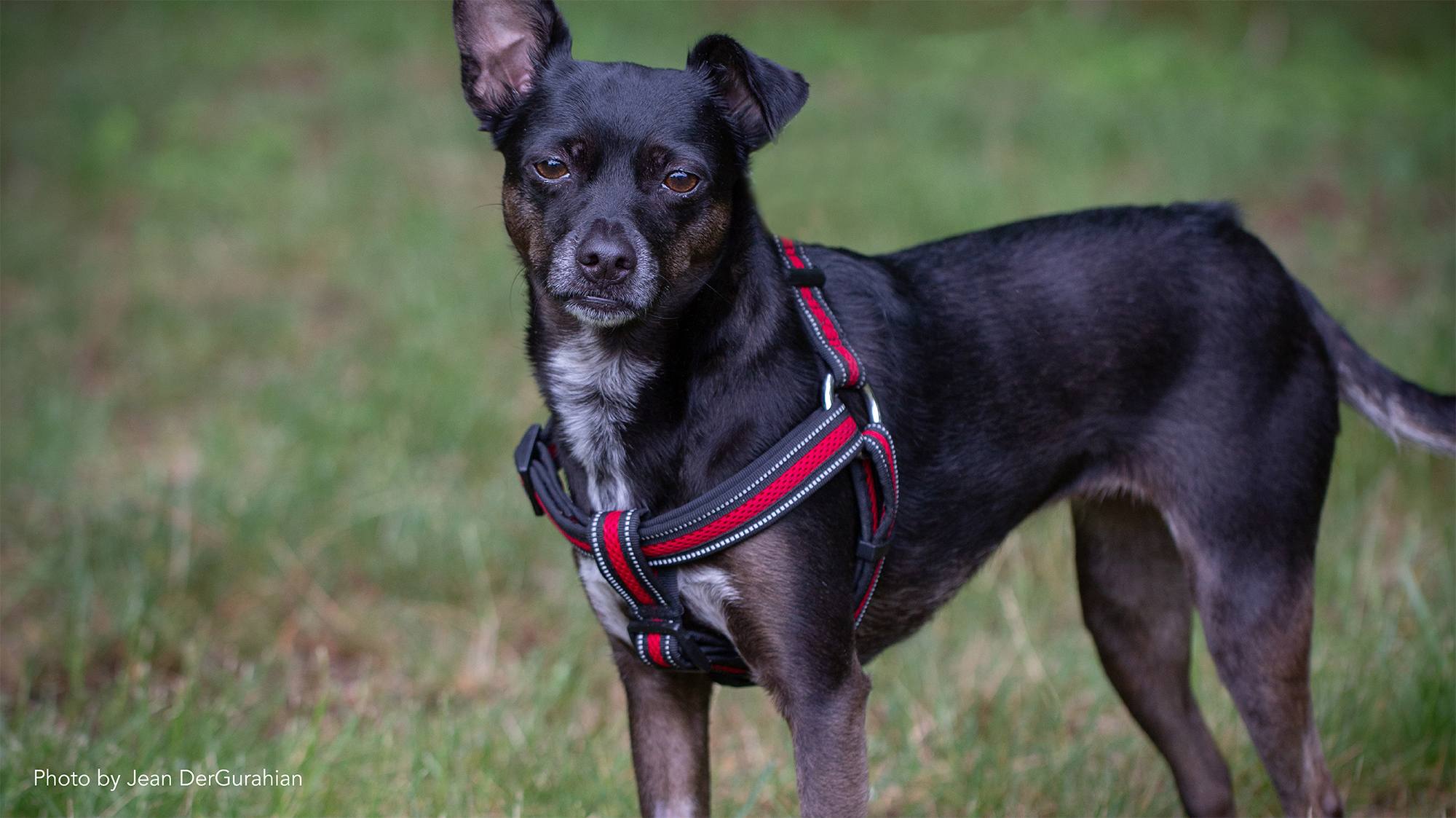 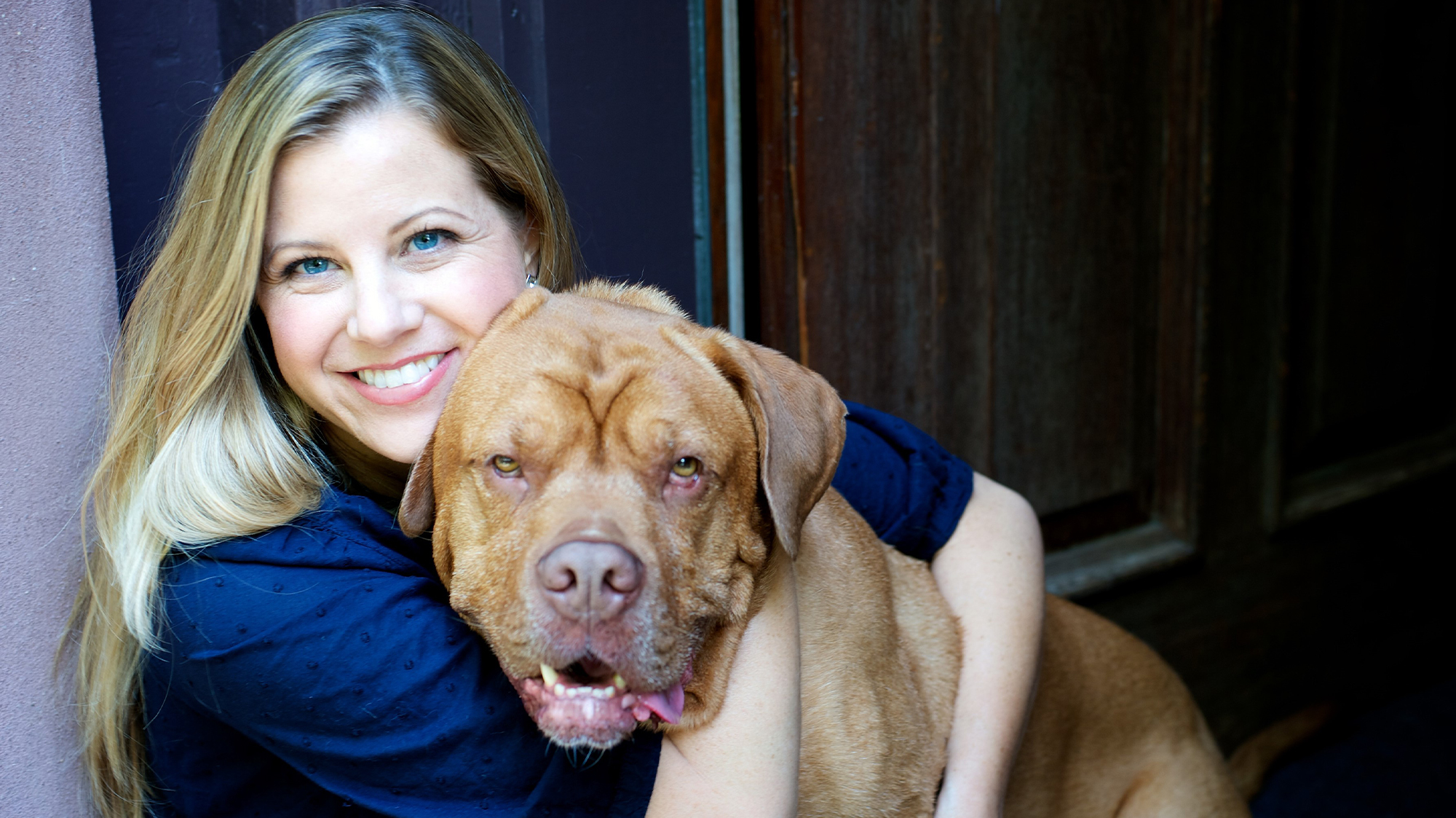