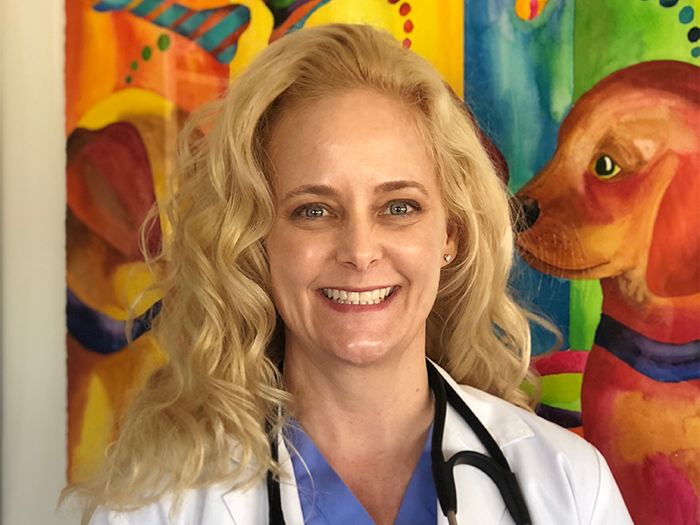 Dr. Sherry Johns is an Arizona native sort of. Sherry is the daughter of an Air Force pilot and was born in California. After spending her early years in Iran, she and her family moved back to Arizona. Sherry graduated from the University of Arizona with a BS degree in animal science, and then earned her doctor of veterinary medicine degree from Colorado State University.

Dr. Johns initially practiced mixed animal medicine before moving back to Tucson, where for three years she practiced small animal emergency medicine. For the past 11 years, she has devoted herself exclusively to small animal medicine, and joined the VCA Animal Health Hospital team in 2011.

Sherry has an open and straightforward approach to animal health care, and as a result, she has developed a large and devoted client base. With her special interests in small animal medicine, soft tissue surgery, animal behavior, and client education, Sherry's attitude toward her patients can be summed up in one simple sentence:

"At VCA Animal Health Hospital, your pet is our pet while they're under our care."